I hoped to make it a weekly thing but unfortunately a few weeks have passed by since the first time we introduced this series. But worry not, it’s a new year, a new beginning and hopefully, starting today, we can get one out every week. Last time around we covered Status Resistance but today we look at one of the oldest mechanics in Dota - Armor.

What is Armor and how does it work?

Conceptually, armor is a very simple concept wherein it reduces the amount of physical damage taken by a hero. All heroes have a small amount of base armor, and armor can be stacked with the help of various items, talents and abilities.


Base Armor Vs Main Armor Vs Bonus Armor


Base Armor is the armor that the unit/hero starts out with and it cannot be changed.

Did you know that 53 heroes in Dota have negative base armor to start with? Also, Terrorblade starts with the highest base armor at 7.

Main Armor is the armor gained via stats and it works according to the following values: Armor increases with stats with 0.16 armor added for every point of agility for a STR/INT hero and 0.2 for an AGI hero.

Bonus  Armor is the armor gained via items and is marked with a green + sign next to the main and bonus components. Illusions do not receive bonus armor but their HUD still shows it to prevent easy identification.

Other than heroes, neutral creeps, Ancients, Roshan, Summons and Buildings also have base armor to start with.

Armor calculation: The Base + Main armor is calculated as one component and displayed in white while the Bonus armor is displayed additionally in green text. 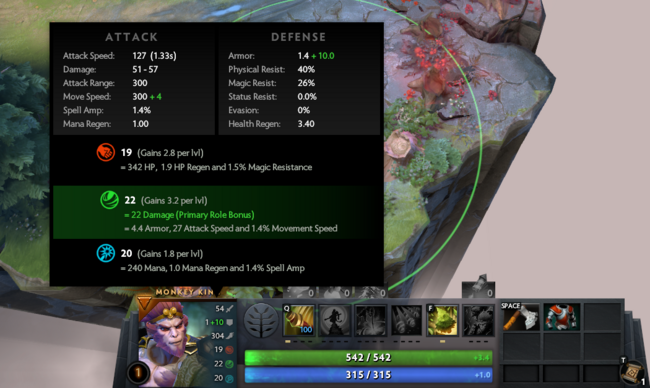 
Effective HP or EHP is the total damage the enemy needs to deal to go through your HP pool. Obviously, if you have some value of positive armour your EHP is going to be higher than your actual HP when physical damage is dealt.

For negative armor values, we can use the same formula but the EHP will be lower than the actual HP.

Armor values will change as the game progress because simply by gaining levels, the agility growth adds to a heroes armor. However, items/talents and abilities also play a key role in providing temporary boosts/debuffs and in some cases permanent boosts to armor. 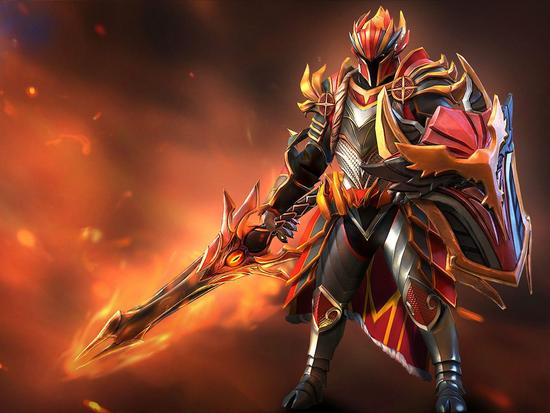 Dragon Knight gets a whopping 24 permanent armour with Dragon Blood and his level 20 talent
Image via: Valve

Additionally, there are 6 skills which provide temporary armor boosts, either to the hero or the hero + allies in the game. There are also 12 skills given to 12 different heroes, which can temporarily lower the armor value of opponents. (We aren't counting ET's Natural Order as it only affects Base Armor and not Bonus Armor)

26 heroes can gain permanent armor via their talents but only PA has a talent that lets her debuff enemies with minus armor. Out of the 26, 13 heroes get the talent at level 10, 8 at level 15 and only 5 at level 20. Needless to say, the values of armor gained are significantly higher depending on the level of the talent.

In Dota there are 16 items that grant positive armor bonus and only 3 that put a negative armor buff on enemies.
Assualt Cuirass and Shiva's Guard are the two items that give the most amount of armor at 15. While Assualt gives 10 armor to the hero wielding it, and 5 more as an aura to everyone else, Shiva's grants a direct 15 to its's owner.