Liquid & Astralis onto the semis as NiP, Vitality, Na'Vi & NRG fight it out in the quarterfinals at Cologne

The group stage came to an end today as ESL One: Cologne 2019 witnessed the final six teams making it to the Playoffs. Team Liquid & Astralis took the pole positions qualifying directly into the semifinals while being followed by NRG, Na’Vi, NiP & Team Vitality who will be competing in the quarterfinals.

It was a great day for some top-notch counter-strike action as the deserving teams made their intentions clear by attaining victory, this is how the two groups look at the end of it all. 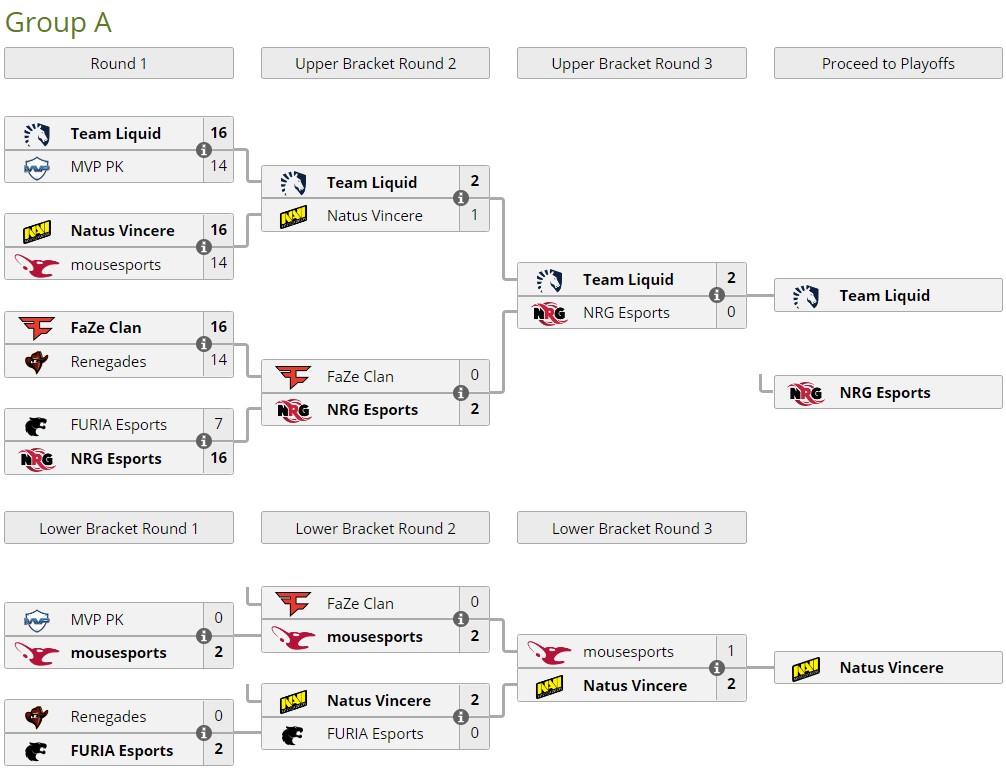 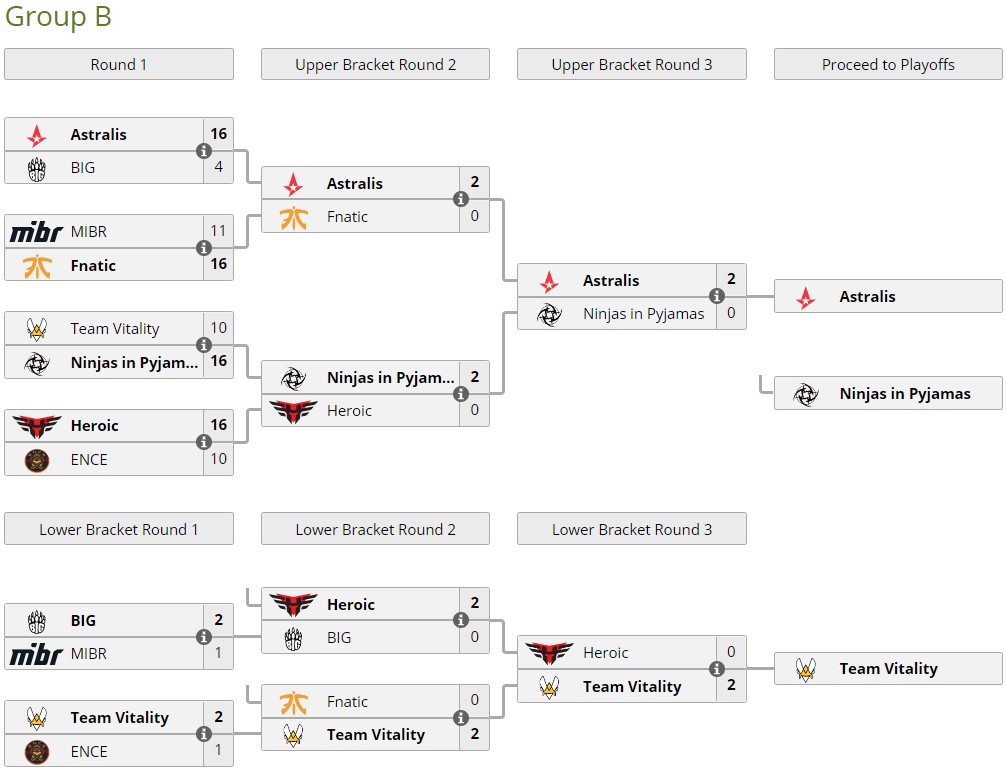 Team Liquid won against NRG, it was not a comfortable victory but they still managed to take them down with a ‘2-0’ scoreline, to make their way onto the semifinals. After taking them down on their own map, Nuke, they went on to face a tough match on Inferno. NRG was resilient to give up easily, taking the match into double overtime which led to a lot of close situations but Liquid managed to hold its own, finding their second victory and making its way onto the playoffs. 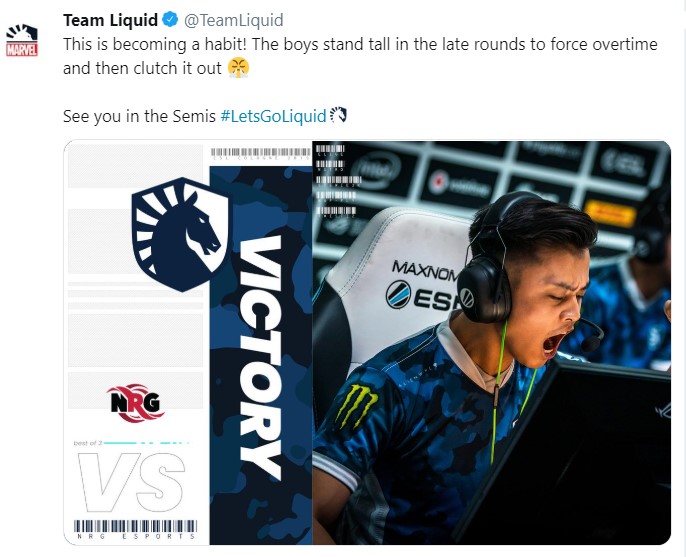 Na’Vi had to face a real tough match against Mousesports. Both the teams were eager to make their way into the playoffs. Loosing their respective maps on which the two had already fought tooth and nail, they went ahead taking it all down to a decider on Train. This map proved to be a bane for mouz as they could not get a proper hang of it and not long after Na’Vi took the lead, winning the game to move to the quarterfinals.

Astralis had a great outing against NiP, taking them down in back to back matches to confirm their berth in the semifinals. Though they were not their dominant self as seen against Fnatic yesterday, they managed to go through without dropping a map. The overtime on Dust 2 was a great comeback by NiP which ultimately resulted in their loss. Inferno saw the team trying hard but Astralis were just too good on it for them to be able to do anything.

The lower bracket matchup between Vitality and Heroic was great if not the best. Heroic played much better than what was expected of them especially against the French stars, Vitality. Zywoo and company were strong but Heroic gave them a tough time as they suffered loses on Overpass and Inferno to move on to the playoffs.

It was a great performance by both Liquid and Astralis and though Liquid was being itself, barely skimming through their three-game series, it was surprising to see Astralis struggle against NiP after dominating Fnatic so heavily yesterday. Though NiP is quite strong on Dust 2, still that latter half of the match was a complete fallout for the Danes.

On the contrary, NiP did face a harsh defeat today but both f0rest and GeT_RiGhT held their ground well. REZ could not carry through with his form, but Plopski substituted him at the top of the table for NiP and showed that he too could step it up when required. The team can still inflict a lot of damage and I believe the magic is still with them in traces, if not in force.

With the playoffs all ready to start tomorrow, let's see which teams make their way onto the semifinals as Na’Vi go up against NiP while NRG clash against their old rivals Vitality. Though the difference in individual capability has grown between Brehze and Zywoo, let's see which team comes through tomorrow.