When Team Invictus announced their new roster a couple of months back, no one could have predicted the success they would achieve. In what can be now called the big switch of the Indian CS:GO scene, a trifecta of teams emerged as potential candidates for the top Indian squad. The unchanged team Brutality were the favorites; the flamboyant Invisible Wings/Wolf lineup were a close second and a distant third was Team Invictus consisting of a mix of onliners and 3 ex Scorchers players.

They fared well online, as they took down Brutality in the Dew Arena Online Qualifiers. Their run in the ESL India Premiership Starter Cup was cut short due to unavoidable circumstances as due to conveyance issues they would be unable to attend the LAN. But their performance was definitely top notch and for a newly formed team to have been playing so well, it was no mean feat.

But many had already ruled out Invictus, preferring to put their faith in m 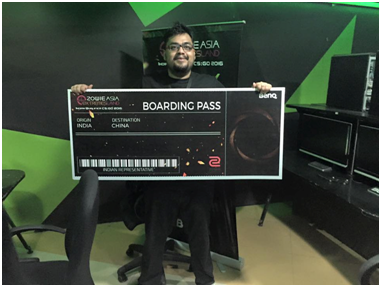 ore tested names like the ones in Brutality or in IW. In particular, Tejas “Ace” Sawant received an incredible amount of backlash from the community for seemingly “breaking up” good squads for his personal interest. But he was only doing what was best for him, and after looking at Invictus’s performance in the Zowie Extremesland Qualifiers it would be suffice to say that no one should be questioning his decisions now. Tejas has been more or less the face of Indian CS:GO for a while, and his achievements both on a national and an international level are pretty impressive.  He was chosen as the captain for TWC 2016 from India, an honor bestowed upon the very best from each country. But the amount of criticism he received at the time was enough to dishearten even the best. But he stuck through, taking it on the chin, emerging stronger, eventually to come out as a winner in Extremesland; marking the end of tumultuous period in his career. 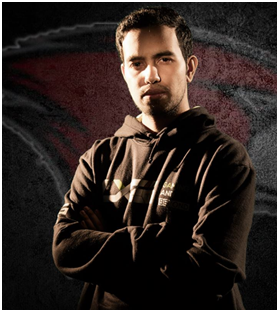 Gokul “dnm/gr8b8m8” Sagar has been Tejas’s teammate in Scorchers. When the team disbanded, it was speculated that he would be taking a break from competitive Counter Strike to focus on his career as a doctor instead. But when Invictus was announced, he aligned with the side once more, proving his passion for the game and the discipline was as strong as ever. Bharat “Ribbiz” Reddy was also part of that Scorchers lineup and he too returned to join Ace and dnm as they looked to regain their lost glory. Known for being deadly with the AWP, Ribbiz has been playing Counter Strike ever since the 1.6 days. He is the oldest member of Invictus having originally formed the brand and played for it back in 2015. 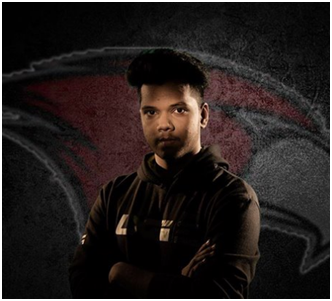 Karan “Excali” Mhaswadkar and Agneya “Marzil” Koushik are the last 2 members of the team, both relatively unknown in the professional circuit. However while the names Karan and Agneya were unheard of, the tags Excali and Marzil are both notorious in the SoStronk Servers for basically ‘reking’ people. These two are no doubt the young stars who make up for their lack of LAN experience in terms of sheer skill, talent and attitude. Marzil led his team to the finals of the SuperNova tournament where they lost to Brutality but his performance was so exemplary that it did not go unnoticed. His passion for the game is unmatched and at the event he broke down in tears of joy as soon as Invictus clinched the win. Excali too has a lot of admirers, especially online. He has finally found himself a top tier team after having played for some temporary teams which form just before big tournaments. Both are relatively young, and at 18 of years of age heading to an International LAN should put their professional careers on the right track. 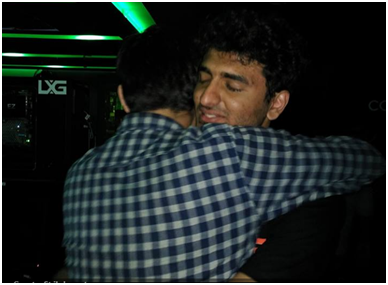 Marzil hugs it out with dnm after an emotional win

Invictus beat Invisible Wings 2-0 in a bo3 in the finals of the Zowie Extremesland Indian Qualifiers held at LXG, Bangalore and will now be heading to the main event in Shanghai. It’s a very impressive performance from the boys as they took down big names like Brutality and Invisible Wings to clinch spot in Shanghai. We wish them all the best and we know for a fact that they will do India proud there.

To show your support and love to the boys, go give their fan pages a like and cheer for them.
Ribbiz
Ace
Marzil
Excali
About UsContact UsServicesRSS
DisclaimerAdvertise With UsArchiveEditorial Team