INTZ, NRG, Mouz & North make it to the winners final of their respective Minor Championships

This is how the teams stand in the two minor championships at the moment, 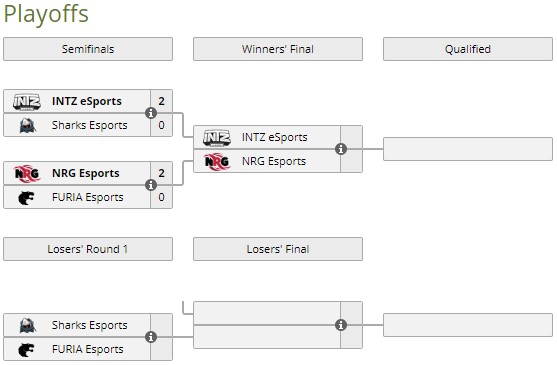 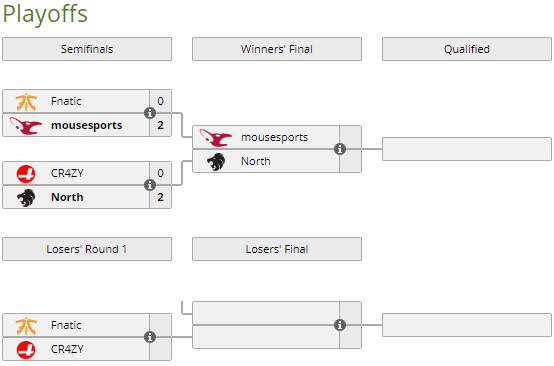 The Brazilian derby was not as intense as one would have expected it to be, INTZ were able to handle Sharks pretty well, it sure wasn’t a stroll in the park but no overtime or a third map situation was a bit disheartening.

INTZ won back-to-back games on Mirage & Nuke, it was quite comfortable for them as they had overall better team coordination and were able to read Sharks on multiple occasions leading to their victory in both the maps, as they make their way onto the winner’s final.

After NRG took down FURIA on Train by such a heavy margin it seemed as if the American organization would run away with the match quite easily, and though they did end up winning the second match as well, it was not as easy as one would have expected.

FURIA gave NRG hell on Nuke, it is a map on which the Brazilians have upset big teams and everyone looked forward to another one of those and yes FURIA wasn’t able to close it with a victory but they sure gave it all that they had.

With this victory, NRG took the second spot, all set to face INTZ in the winner’s final tomorrow.

Mousesports going ‘2-0’ against Fnatic was a really big upset and was definitely something that no one had expected. Mouz after struggling throughout the group stage were able to deliver against the most dominating team in this minor yet.

After a close game on Dust 2 which was quite intense, everyone observed that mouz was playing well, they were executing better and the overall vibe of the teams was really different than the day before yesterday. After claiming the first map they proceeded to storm through the Swedes on Inferno to take the series in two straight games and make their way onto the finals.

CR4ZY after finishing on top of their group faltered against the might of the North who defeated them in back-to-back games to proceed onto the finals.

CR4ZY performed really well in the first two days but somehow could not replicate the same when it mattered the most as North defeated them comfortably on both Inferno & Train. It seemed as if mouz and CR4ZY had swapped their form for a day.

Overall the playoffs were just not as exciting as the group stages with all the four matches ending quickly with a ‘2-0’ scoreline. Sure, there was one double-overtime suspense by FURIA but apart from that, it was a pretty sombre day of Counter-Strike.

Let’s see how the playoffs proceed, no teams have yet qualified for the Majors and the race is still very much on. With, IEM Chicago also taking place simultaneously hope that it delivers more punch than the Minors.