9th, Aug, 2018
Mid-Season Update
The season which started back in April 2018 has completed more than half of its run bringing us a lot of action-packed content. This tournament has witnessed it all, from nail-biting finishes and epic 1 v 5 clutches to rampages, trash talk and comebacks from the depths of hell!

What's more is that there is still some firepower left, as we enter the last two months of the ‘Minor Tournaments’, post which we will witness the ‘Online Regional Qualifiers’ followed by the ‘Grand Finale’.

For all of those who have been living under a rock, there is still a chance to prove your mettle and go for that win, guaranteeing yourself a sweet cash prize along with some serious bragging rights!
For all you lone wolves, please refer to the 1v1 tournament schedule given below: 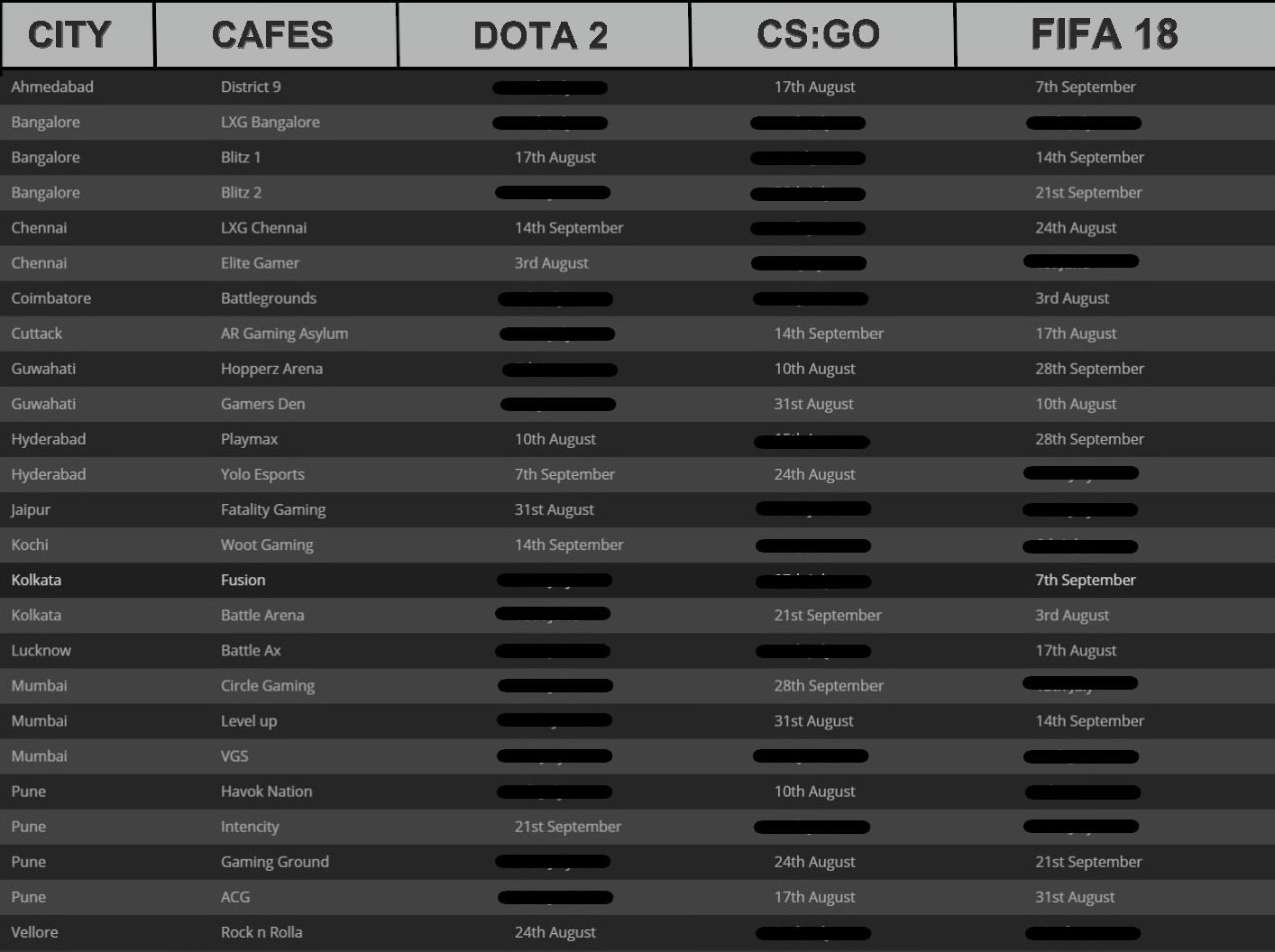 Click On The Image For Full Schedule
Out of the ‘90’ 1v1s scheduled for the season, players are now left with ‘31’ more, to attempt and win in the head-to-head clash.

Also remember to reach the venue closest to you, as the registrations for all 1v1s take place on the spot, right at the venue itself.

For all those who like to hunt in a pack, the schedule for the remaining Minor Tournaments is as follows:
Ahmedabad 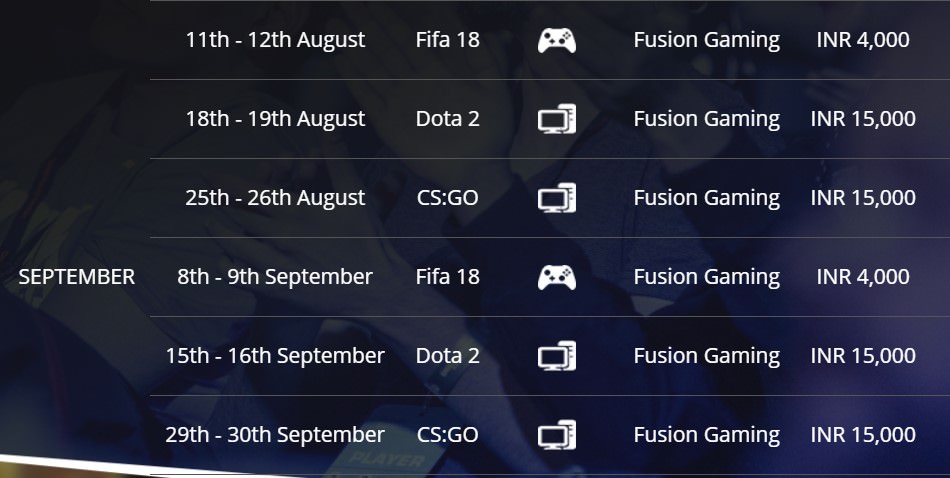 Finally, it’s time to know the results of the minors that were held until now. So let's get down to it.
CS:GO

Dota 2
Winners for the remaining games can be found by clicking HERE and going down to the 'Schedule and Register' section of the page.

That is all the action up until now from ILG Season-2, stay tuned for further updates as the first phase of the season comes to an end in September.