The IEM Katowice 2019 – China Open Qualifier 1 that came to an end a few days back witnessed 21 teams participating in the event with 2 of them qualifying onto the Chinese Closed Qualifier.

The Open Qualifier started off with BO1 match-ups that followed a single elimination format until only 4 teams were left to play in the finals which featured a BO3 series.

The qualifiers were pretty competitive with some great matches being witnessed from time-to-time. This is how the qualifier proceeded, 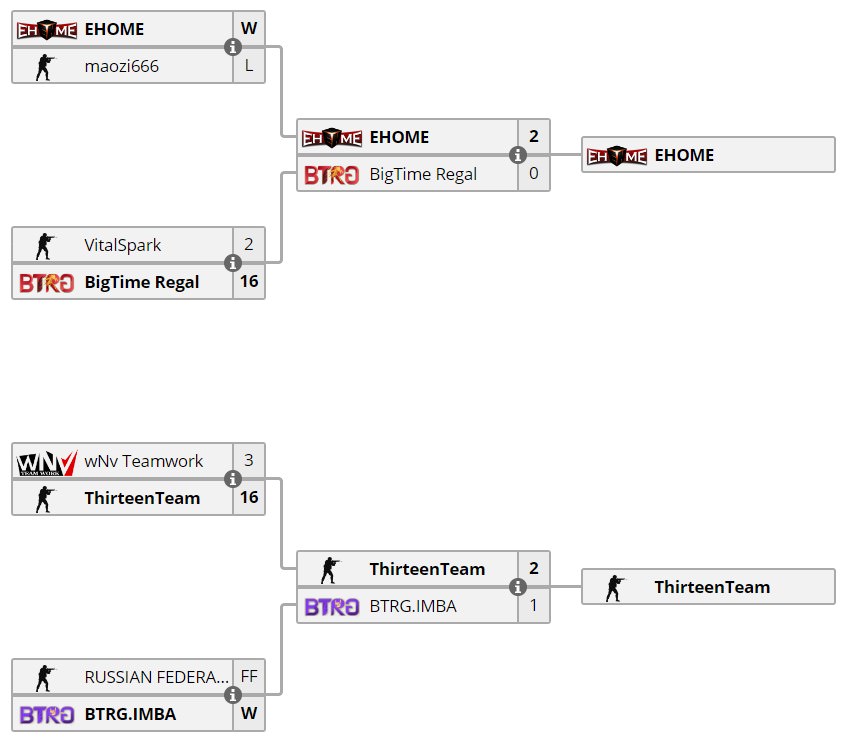 Journey To The Finals

Ehome had a great run till the finals. The round of 16 was a bye offered to the team after the bracket was set on the basis of every teams seeding.

In the Round of 8, Ehome faced maozi666 against whom Ehome was down in the first half with the scoreboard reading ‘9-6’ but some persistent internet issue forced maozi666 to step out of the game and take a defeat which ensured that Ehome got a slot within the Finals.

Thirteen Team started off with a fantastic win against NMSL with the score reading ‘16-3’ on Nuke after which Thirteen went up against wNv Teamwork who were also bested by a similar score of ‘16-3’ on Inferno.

The two simple wins were enough to secure Thirteen Team a spot in the finals.

Ehome cruised to a straightforward ‘2-0’ win over Big Time Regal by defeating them on Nuke with a score of ‘16-14' followed by another match being played on Inferno where BTRG underwent a brutal beating by the frags of Ehome, losing by a score of ‘16-4’.

The first match did witness BTRG put in a lot of effort in order to pull the map in their favour but Ehome’s lead guaranteed them a safe passage on to the second match. Ehome were playing fast and smart the second time around, not allowing BTRG to settle down as they controlled the flow of the game and managed to bring BTRG to a complete stop.

Thirteen Team fought a hard first match against BTRG.IMBA on Inferno where they played really very well in the first half but were all over the map in the latter half which could have caused them a loss if not for the crucial rounds they won in the dying moments of the match.

The following match was won by BTRG.IMBA on Cache which witnessed a repeat of the earlier match, only this time BTRG.IMBA made a successful comeback and took the victory with a score of ‘16-13’.

The decider was played on Nuke where BTRG.IMBA was holding on to one round lead at the halftime mark but wasn’t successful in converting it into a win as Thirteen shifted to a more passive playstyle and were able to survive through their opponent's onslaught, taking the win with a score of ‘16-13’.

Both, Thirteen Team and Ehome have qualified on to the China Closed Qualifier for IEM Katowice 2019.

With 50 teams participating in the first open qualifier, it was a long wait till the final 2 teams qualified through to the SEA Closed Qualifier.

The open qualifier followed a BO1, single elimination format till the final four teams were left behind to play out the finals which were a BO3 series.

This is how the final 2 teams made it to the SEA Closed Qualifier, 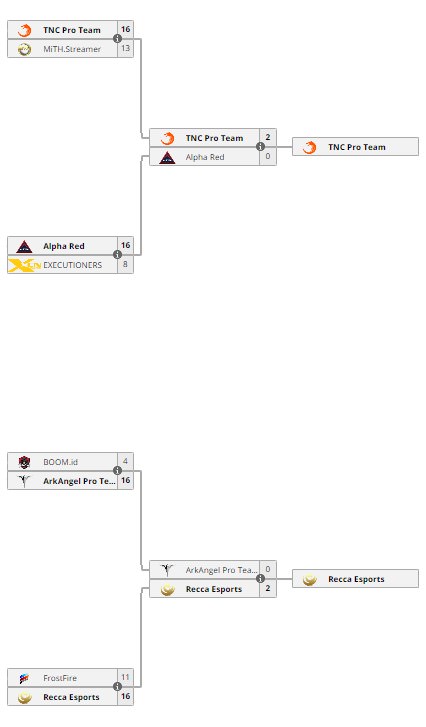 TNC made their way into the finals by defeating MiTH.Streamer on Inferno in a close fought match. Taking the lead in the first half TNC kept up their composure and finished the game well to take the victory by a score of ‘16-13’ and secure a spot in the finals.

Recca Esports, on the other hand, were up against the Malaysian powerhouse, FrostFire. Both the teams fought it out neck-to-neck in the first fifteen rounds on Cache with Recca holding a slight edge over FrostFire. Bringing out some unexpected plays followed by some successful decoys getting the rounds for Recca, they went on to win the game with a score of ‘16-11’.

TNC had a gala time taking down Alpha Red on Dust 2 with the score reading ‘16-5’. Playing a formidable
T-side, the confidence and morale were really high on the TNC side which enabled them to go in for some risky plays along with some extremely aggressive rushes. It was TNC’s day in the end as every play fell right into their side of the scoreboard no matter how obnoxious it looked on screen.

This was followed by an overtime thriller taking place on Inferno where TNC were constantly making a lot of mistakes but found their rhythm as soon as the two teams entered the overtime phase. Picking round after round in succession until they won by a score of ‘19-15’.

ArkAngel went up against Recca Esports in the other finals that took place on the day. It was not at all a worthy final to watch as Recca dominated quite heavily in both the matches that took place on Dust 2 and Inferno, winning by scores of ‘16-5’ and ‘16-9’, respectively.

With this, we witness the two teams that have qualified for the IEM Katowice 2019 – SEA Closed Qualifier in the form of Recca Esports and TNC.