April sees two of the biggest esport spectacles that India has ever seen, and with a combined half a million dollars on the line between the two events, we can surely expect the already rising temperatures to go off the charts. First up will be the $200,000 COBX Masters, which features both Dota 2 and CS:GO and the prize pool is split evenly between the two titles. The tournament will take place from the 5th-7th of April at the Bombay Exhibition Centre. After that we have ESL One Mumbai - a $300,000 Dota 2 event from the 19th of April featuring some of the best teams around the world. Both events have significant hype around them, considering that some of the most recognized talent, as well as players, are in attendance and the fact that they are the first esport events of such a stature to be held in the country.

Tickets to both events can be found on the following links: COBX Masters | ESL One Mumbai

Now, with both events happening in Mumbai, we thought that we should give you guys a heads up on how to survive the city. Mumbai is definitely not the easiest city to survive. Especially if you don’t speak the local language, which in case you were wondering is Hindi and Marathi. Of course, it is the economic capital of India and quite cosmopolitan which means that depending on the place and person, you will be able to make by with just speaking English. Mumbai has some unique traits, which, if you can take advantage of, can make your stay quite nice. I’ll approach this guide from the perspective of being completely new to the city so it can apply to players, teams, managers, talent, crew and of course spectators who might be coming down for any of the events.

April is one of the hottest months in India and peak summertime in the subcontinent. Temperatures will most likely be upwards of 35 degree Celsius or 95 degree Fahrenheit during daytime throughout April. This means that it will be quite hot especially for those who are not from the subcontinent. It’s also quite humid, given that Mumbai is next to the Arabian Sea and overall summers can be pretty uncomfortable to deal with. Stick mostly to Air-conditioned areas (both venues are air-conditioned) and avoid being out in the sun too much during day time. It’s generally advisable to increase your water intake, so as to cope with the high temperatures. Eating light, avoiding crowded areas, limiting physical exertion are also key to avoid exhaustion and fatigue. 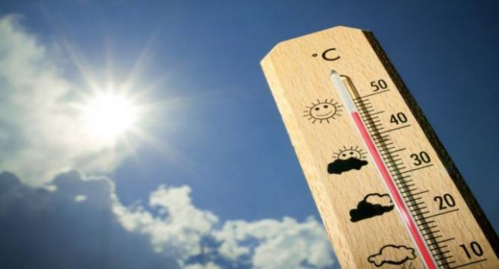 While packing, keep in mind the high temperatures and try and stick to light clothing both in terms of color and material. There is absolutely no need for any sort of winter wear in April. Carrying a water bottle around with you at all times will also prove quite useful. Deodorants are a must especially considering that esport events can be quite crowded.


Getting Around - How to travel and getting around within the city


An urban population of upwards of 22 million people makes Mumbai one of the most populated cities in the world. Despite an existing transit system involving trains, buses, cabs and rickshaws, the sheer number of people can often take its toll on the transport system of the city. 7 phases of the Metro is also currently under construction, adding more pressure on the currently cramped roads. Travelling and traffic can often be a nightmare in the city, especially during peak hours but with both events taking place over the weekend, there is some respite for attendees. Uber or Ola (Indian version of Uber) are both app based cab hailing services, which are pretty popular in the city. While prices during peak times can be 3-4 times the regular fare, these are relatively comfortable, hassle-free and easily available. Rickshaws also ply in some parts of the city, and can be used to get to the COBX Masters LAN. For ESL One which is in Worli, rickshaws will not be available. 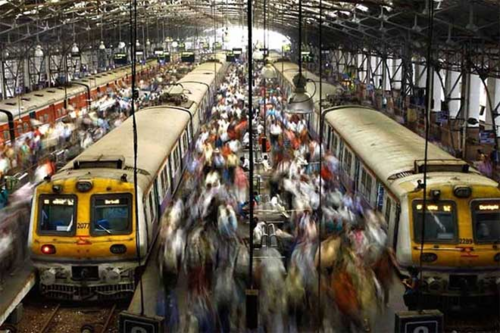 Local trains maybe the heart and soul of Mumbai but if you're from out of town, best avoid them
Image source

While trains and buses have very decent connectivity and are much cheaper than cabs, they aren’t advisable for out of towners because they tend to be quite packed and require some getting used to.


Food and Drinks - What to try and what to avoid


As we mentioned earlier, Mumbai is quite cosmopolitan, ie. you’ll find lots of interesting places to eat. Be it old classics, which have existed since the British era to modern fusion food, Mumbai offers something for all palates and budgets. Local street food is also quite an attraction but it isn’t necessarily for the faint of heart. In general, food can often be more flavorsome and yes, spicy than what many people from western countries are used to, but if you are willing to give it a try, you won’t be disappointed. And of course, there are all the quintessential fast food places such as McDonalds, Subway, Dominoes, KFC which you can never go wrong with. 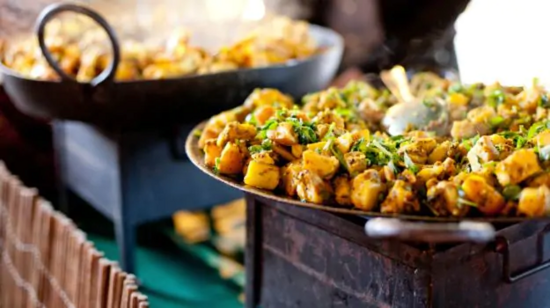 Zomato is a great app to find and discover option nearby and it also offers a delivery service, in case you are beat after a long day. Most hotels and Airbnbs will allow you to get food delivered but I do recommend checking beforehand. A typical meal in Mumbai can vary from 300 INR to 1000 INR depending on where and what you eat. Also do note the Beef is banned in Mumbai restaurants will not offer the same.

The legal age for alcohol is 21 for beer and 25 for hard liquor. Restaurants and kitchens are open till quite late so finding food late at night isn’t necessarily a problem. The internet is a great place to find great places to eat as well, but it's better to read a few reviews or asking a local before choosing a place.


If the esports action isn’t enough to give you your daily fix of entertainment, there are tons of other activities that you could turn to. Visiting a LAN cafe to play games with a few buddies is always good fun and LAN cafes are quite cheap. A simple internet search for Gaming Cafes near your location should give you at least 1-2 options.

In terms of nightlife, Mumbai has quite a vibrant scene, especially on the weekends. Places like Bandra, Andheri West, Juhu should offer you a bunch of options but do note, that places can be quite crowded over the weekend. It may also be hard to get into places for guys as many places have a couple only policy or charge separately for male entries. Other than these, there are a few touristy places like the Gateway of India, Prince of Wales Museum, National Gallery of Modern Art which while mainstream can also be charming.


Mumbai can be quite an expensive city since it is the economic capital of the country and while there are tons of hotels and Airbnbs, it will take a fair bit of research and reading up to choose the right one. Oyo rooms are a good place to find budget hotels but do read reviews before committing to one.

It is relatively a safe city, but avoid going out too late during the night. 100 is the national helpline for contacting the Police while 022-22621855 is the tourist helpline.

I think this pretty much covers the basics of surviving Mumbai. Feel free to reach out in case you guys need any help with anything. [email protected] or @shounak88 on Twitter.