Grayhound seems to be doing really well as the team did not drop a single map in their three games against Chiefs, Avant and Ground Zero Gaming. Chiefs were also on an unbeatable streak until today as they dropped back-to-back matches against Dick Stacy and co. 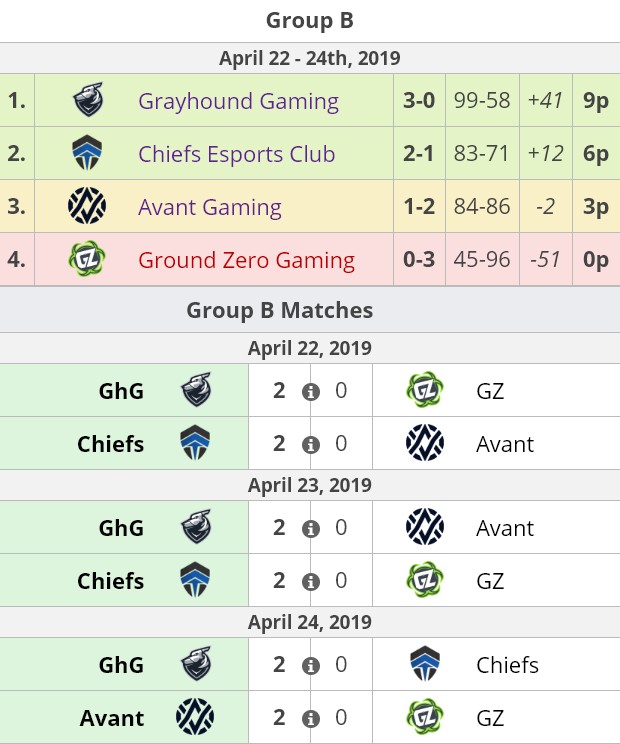 The Group played out as one would have predicted with both Grayhound Gaming and Chiefs making their way onto the final Group Stage.

Ground Zero Gaming was no match for any of the other teams, walking away with three losses. Avant found some success as they defeated GZG today but could not stand up to the might of GH and Chiefs.

end up first seed in our group for #ESLProLeague, ggwp to the teams we played. good week to lead us into @IEM Sydney!

What was supposed to be a really exciting match-up certainly took a turn in the other direction with Grayhound performing so well on both Mirage and Overpass. Chiefs went with their comfort pick of Mirage, it started off really great for the side but Grayhound was able to close in on the gap, down to a difference of just one round at the halftime mark.

Chiefs once again started off well but Grayhound came back swinging hard, out aiming and beating the Chiefs with their fast-paced gameplay.

The second map, Inferno was a one-sided stomp as Grayhound playing T side were able to gain a huge lead and continued on to finish the match with a score of ‘16-8’.

0-2 tonight for #ESLProLeague GG's @grayhoundgaming we come out second seed moving into the finals.

With this, the Final Group Stage is set to take place from 21st-23rd May. 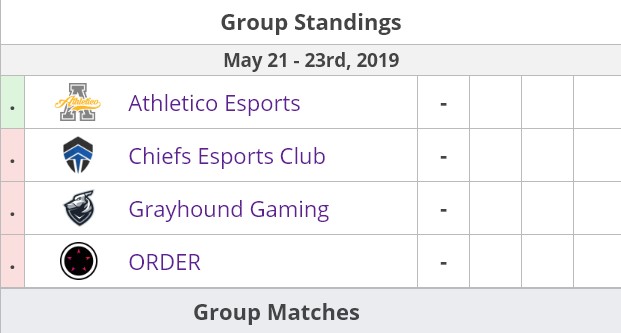