ESL Pro League Season 9 - Finals continued on with the counter-strike action in Group - A after all the best-of-one matches came to an end. Unfortunately, this led to the elimination of the team from down under, Grayhound Gaming.

Up against Fnatic in the Lower Bracket, the Australian squad was playing a best-of-three eliminator against the Swiss powerhouse. Grayhound were heavy underdogs but after their match against G2 Esports earlier in the day, some people hoped for a miracle.

The two squared off on Dust 2 in the first game where Grayhound played a really good first half but cracked up like a clay pot in the latter half as Fnatic pressured them hard.

Losing the pistol round Grayhound struck four in a row and kept momentum on their side, finishing the first half as CT with a huge lead. But that was it for hounds, who tried all they could but could not take a single round in the other half, as Fnatic won twelve rounds in a row to snatch the game away from Grayhound.

The second game took place on Train, a map which none of the teams has preferred much in the last three months. Grayhound once again was off to a shaky start but found its rhythm to take the half by one round, they even managed to claim the second pistol round but struggled to get clean executes.

Fnatic, on the other hand, was slowly increasing their grip around another victory and though they did slip up in the middle, the map was theirs to claim in the end.

With this Grayhound walk out of the tournament without winning a single map and are the first team to be eliminated from the Season 9 Finals.

Grayhound was not playing together as a unit, there was a slight slack especially when the team was playing T-sided and they had to execute plants. Across all the maps today they had a good CT-sided perform but failed to perform when it came to planting as a unit.

Dust 2 was a great map pick, it is one of the maps on which Fnatic have always struggled but then again, they gave one hell of beating to NiP on it back in IEM Sydney 2019 and then today again showed their prowess on the map. Maybe a better pick would have been Inferno, Grayhound have a better win rate on it while having played it a greater number of times. 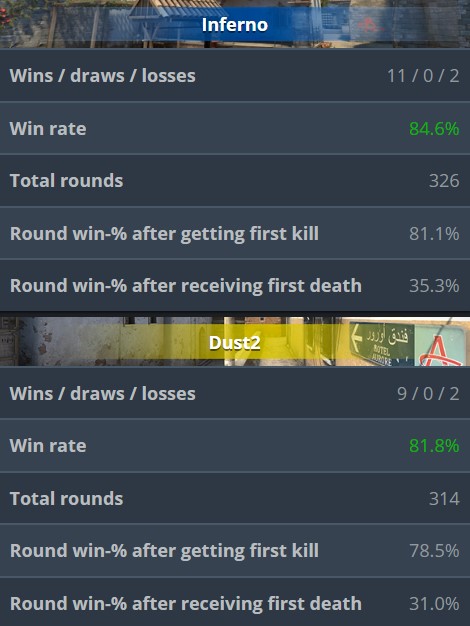 Dickstacy and erkast were the standout performers while the others were just not on the same level. I guess Grayhound will be able to secure more maps if they find a solution to their T-sided performances.

Grayhound's Overall Performance At The Event