It’s been quite a while since the southernmost parts of the country received some love from the esports community. So when the ROG Onslaught, a ?10 Lakh prizepool Dota 2 tournament was announced as a part of the Phoenix Gaming Expo (PGX), saying that I was quite hyped would be an understatement.

Entity Gaming, Signify, LXG Esports, and ROG Titans India’s top 4 teams were all scheduled to battle it out at the event making it one of the most stacked LANs we’ve seen in quite a while. Unfortunately, Entity Gaming dropped out citing the ESL One: Hamburg SEA Qualifiers as the reason. They were replaced by Silver Gaming.

The AFK Gaming crew attended the event to work as talent and to cover the event and convey the happenings to you guys through social media. This was, of course, the first LAN where I attended as an analyst and it was quite poetic to do so in the city where I started my journey through esports. 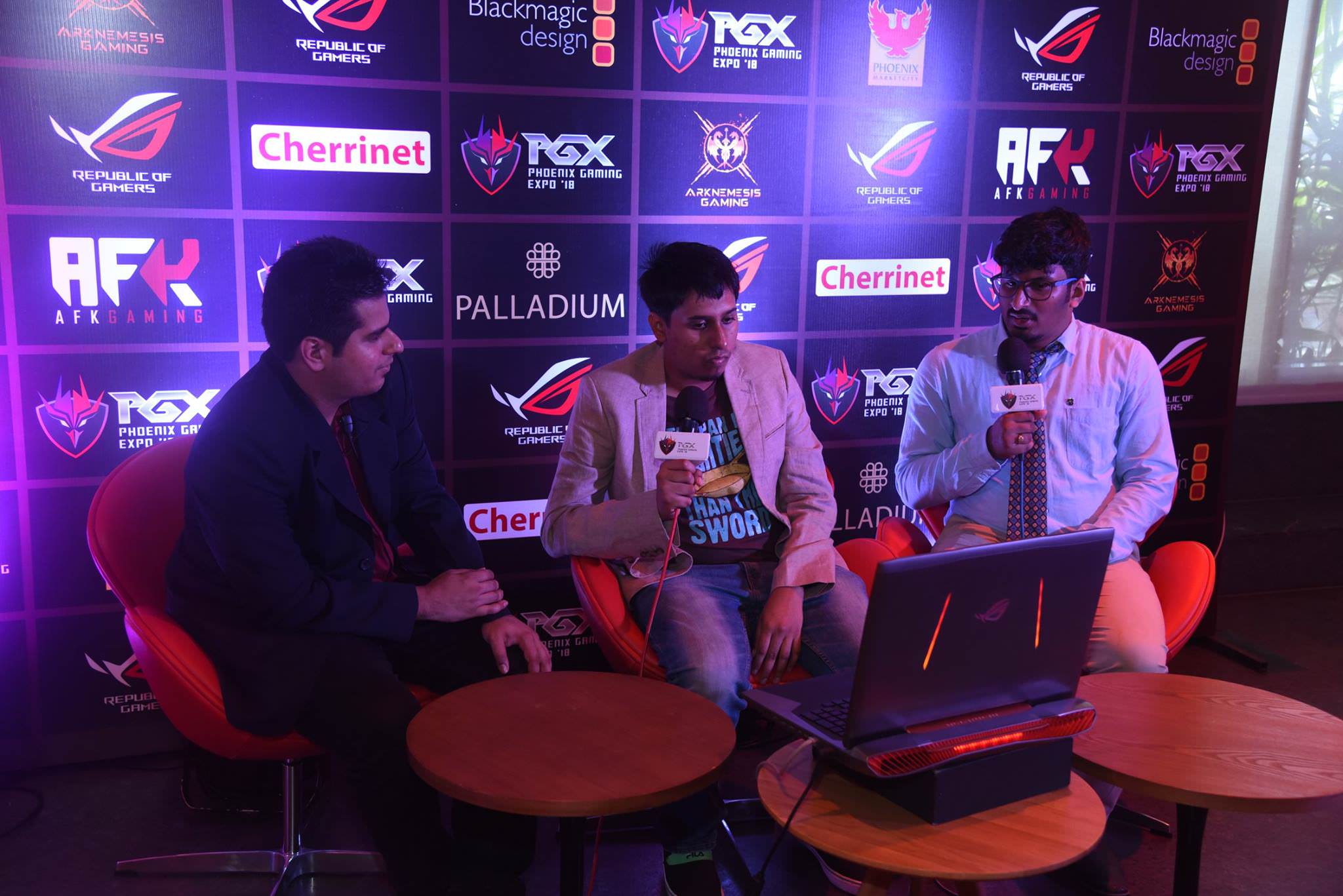 
I think what initially surprised me is the general tone and atmosphere of the event. From day one I felt as if I had stepped out of my Uber and right into a massive esports event, which was the case. Each path leading into the actual venue was lined with banners and flags about the ROG Onslaught tournament and PGX. The Battle Arena where the teams hung out and battled against each other was absolutely sick. For some reason, I didn’t anticipate this tournament to have the sort of venue that they did. 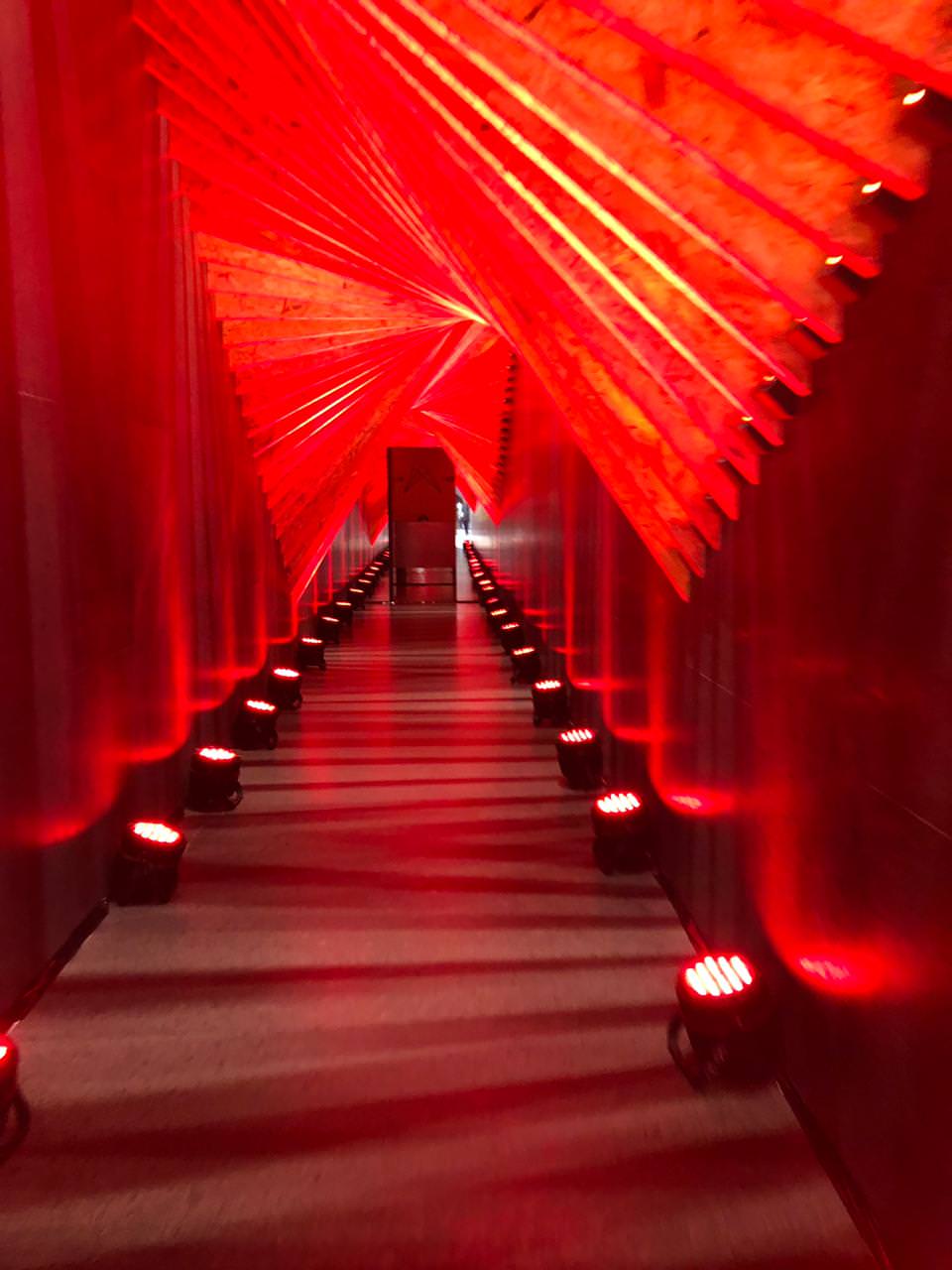 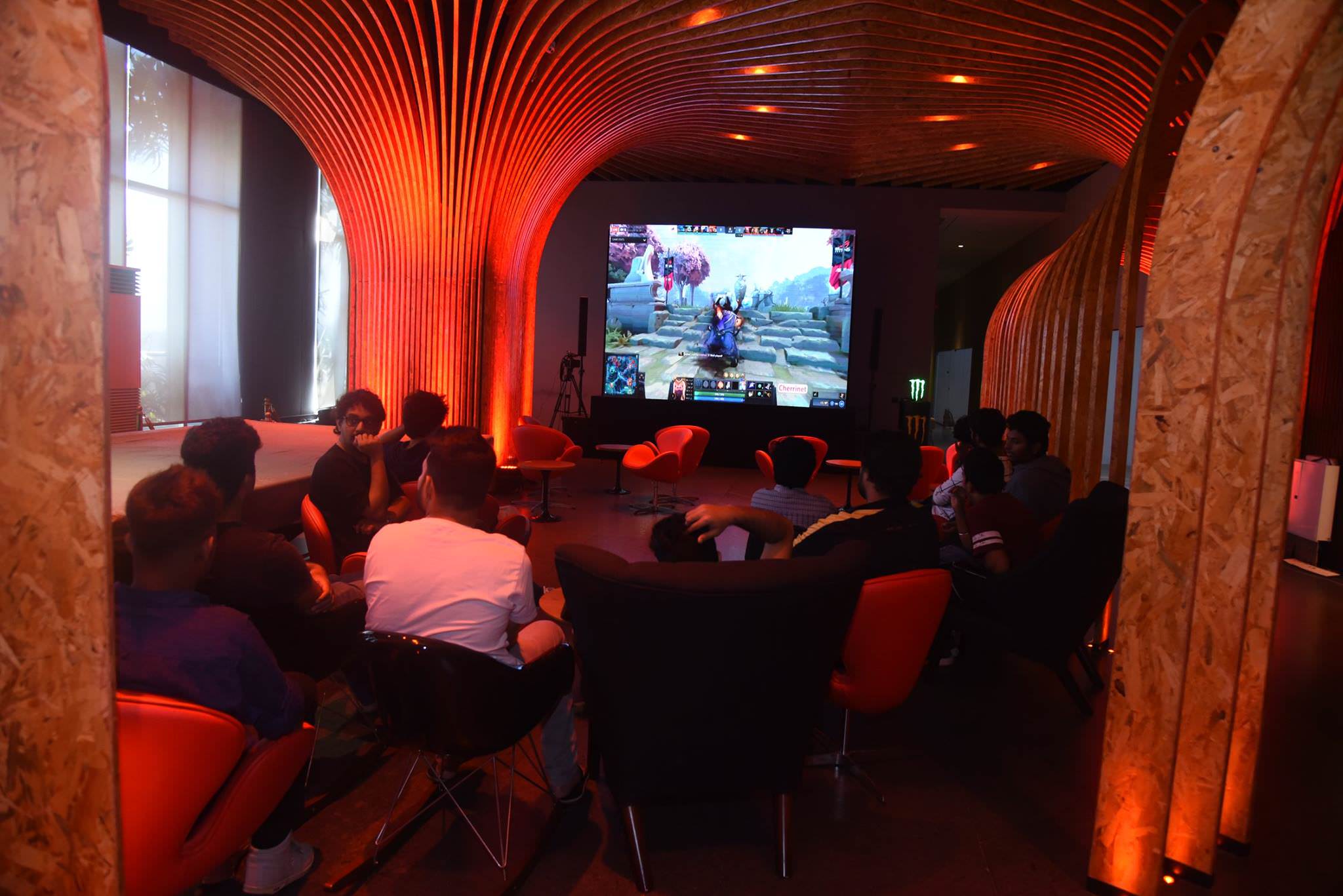 
For the first time in a while, we saw a tournament take a page out of the League of Legends World’s playbook and host BO5 Semifinals + Grand Finals which guaranteed that no team would exit the tournament, by getting cheesed. We also expected long and exciting Dota 2 matches.

Unfortunately, that was not the case on Day 1. Technical issues with production forced the organizers to delay the first game of the LAN by 3 hours. And when things finally got underway, Silver Gaming just got destroyed by LXG Esports. They lost all 3 games they played on the main stage and were spotted walking away from the venue, dejectedly. Hopefully, the team doesn’t disband just because they lost to arguably the 2nd best team in the country. 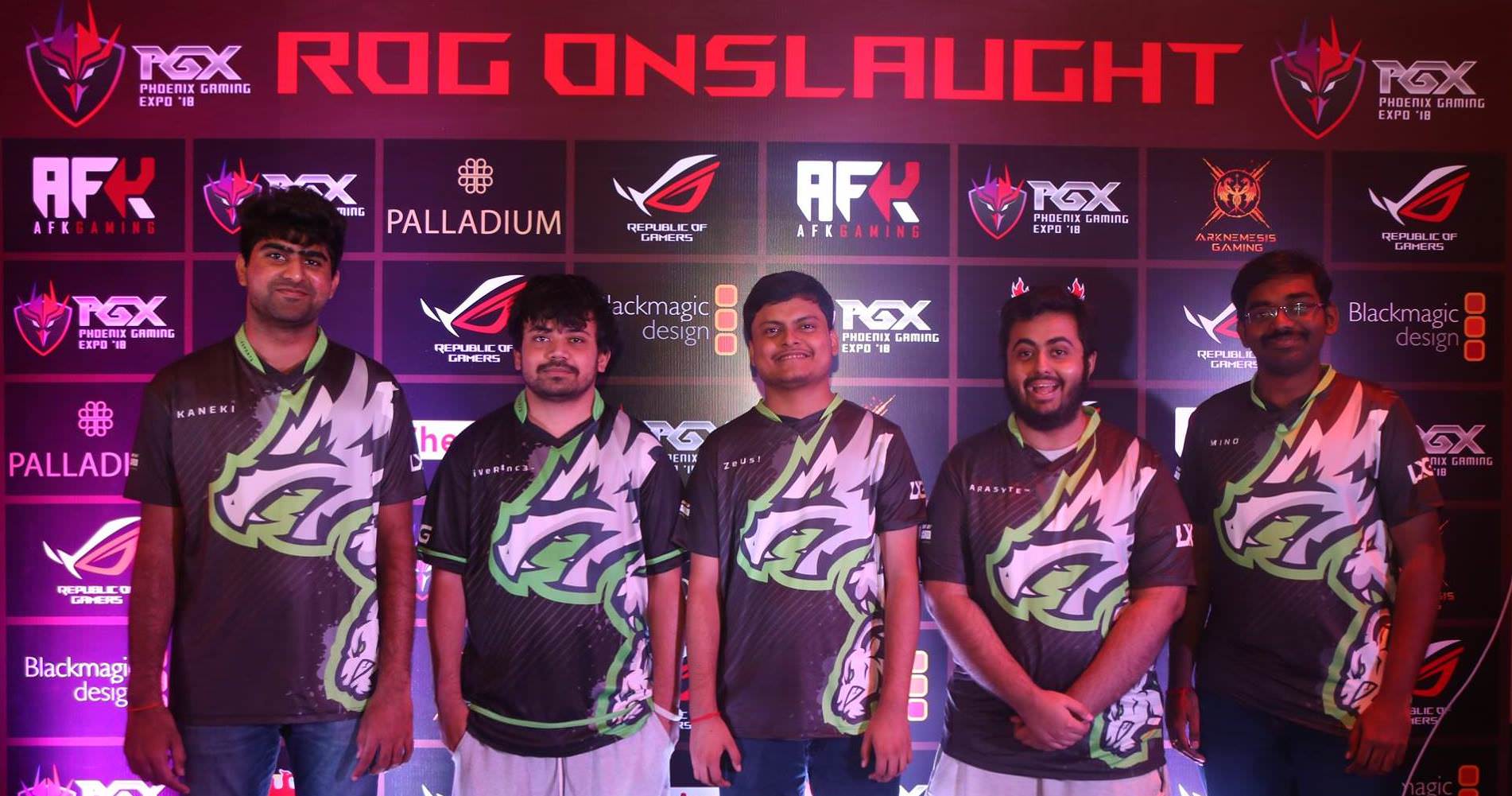 Next up, we had what has become the staple of any top-tier Indian LAN, ROG TiTans vs Signify. All of us at the venue were hyping it up as the biggest match in the Indian Dota Landscape and were expecting a close, albeit a Signify favoured, series. Unfortunately, ROG TiTans went down in 3 straight games. Their talisman, ZxC just didn’t turn up in this series and it crippled the TiTans by a huge margin. Signify’s carry, on the other hand, Blizzard was in fine form as he disintegrated ROG TiTans bit by bit to secure victory. 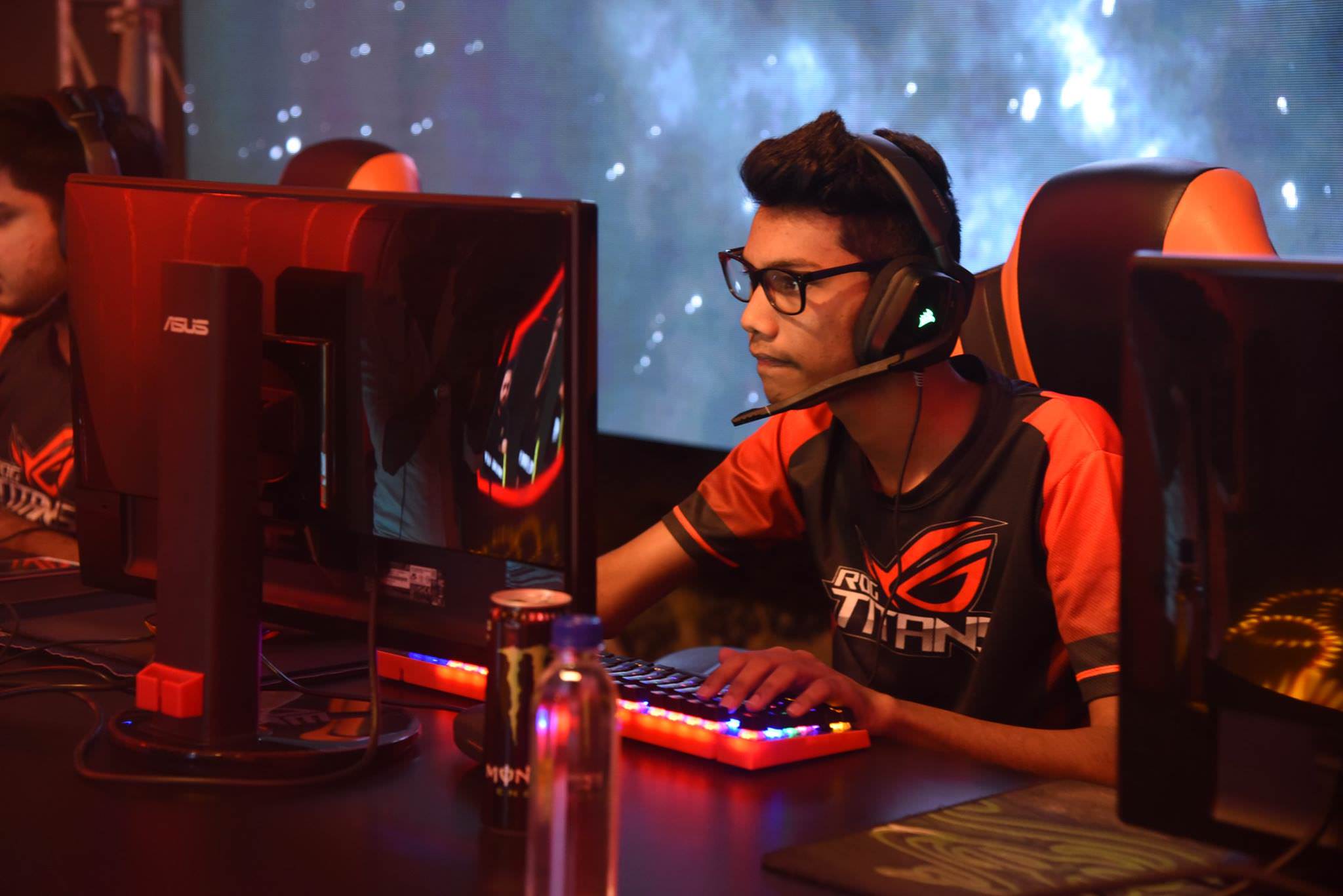 And there we were, in the Grand Finals, LXG Esports vs Signify. The outcome was what many of us expected, but none were prepared for the series to go the way it did. The first game saw LXG Esports actually hold their own in the laning stage. It was the first, even laning phase we saw all tournament. But Signify managed to turn it around with their late-game prowess and went 1-0 up in the Grand Finals. Then came Game 2.

Game 2 was easily the best game of Indian Dota I’ve seen all year. It was unbelievable, LXG Esports picked up an Alchemist and went Toe-to-Toe against Signify in every phase of the game. Every single player from LXG played out of their minds, but the two standout players were Mino and Deliverance who made plays all over the map, forcing Signify on to the backfoot. But Signify didn’t give up, somehow managing to find a racks. The match came down to a base race, which LXG Esports barely won, handing Signify their first defeat in 2018 at an Indian LAN.

But Signify struck back with vengeance in Games 3 and 4, destroying LXG Esports right from the get-go and securing ?7 Lakhs in prizepool by winning ROG Onslaught.

All in all, production issues aside, this was one of the better ways to kick off a busy Indian esports month which sees 6 tournaments being played out over the course of October all across the country. Signify showed us why they’re considered the best team in the country, winning the event dominantly before heading off to the PVP Esports Championships where they will be representing the country.

But they weren’t the only team to take away positives from this event. LXG Esports have just made a statement showcasing that they could be the rival to Signify that the Indian scene lacks currently. They head into the Dew Arena as favourites alongside ROG TiTans. (Signify will not be playing at that tournament since they will be attending the PvP Esports Championship)

To think that this is just the first of the many upcoming Indian tournaments we will be seeing in October just amps up the hype factor exponentially. I just hope that the spectators don’t miss out on the action because this season of Indian esports is going to be epic, and will be a defining moment.