?Geek Fam are your MESL 2018 champions

The Malaysian Esports League came to an end yesterday with Geek Fam being crowned the champions. The team from Malaysia took home approximately $38,000 for their win while second-placed High Ground picked up a respectable $25,000. 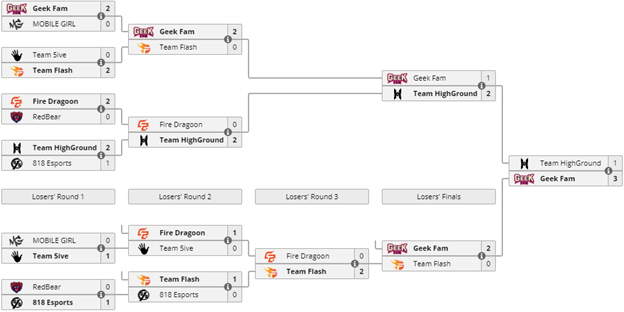 The two teams were widely expected to reach the finals and were the best teams in the competition by a long shot. While HighGround got the best of Geek Fam in the winner bracket finals, Skemberlu and co got their revenge in the grand finals after taking down Team Flash in the lower brackets.

Both teams started out on the opposite side of the bracket, knocking teams like Flash and Firedragoon into the lower brackets before they met in the winner bracket finals. Geek Fam came into the tournament with some changes to their roles with Xrag moving to the offlane and Skemberlu to position 4. ChYuan has taken over the carry role while March is playing as the midlaner in the revamped Geek Fam side.

In the WB finals, ddz showed us just why he is regarded as one of SEA’s best players despite his ban by Valve as he gave a masterclass on Shadow Fiend. His 10/1/8 and 14/1/5 performances in games 1 and 3 sealed Geek Fam’s fate and allowed the Malaysians to move onto the grand finals.

In the lower bracket, Team Flash managed to get the 2-0 over Firedragoon but were ultimately overwhelmed by Geek Fam in a pretty convincing fashion. It was a good run from them and their latest roster featuring Xtinct, Deth and Syeonix is shaping up to be a strong one.

The bo5 grand finals of the event saw Geek Fam get their revenge on HighGround, picking up a 3-1 victory. They started off on the back foot losing game 1 but showed experience and composure to pick up 3 straight games from there to take the trophy. 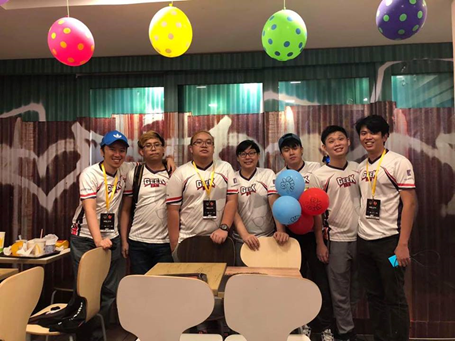 Source: Geek Fam Facebook
HighGround made some critical mistake in the drafts, not adjusting properly and allowing Geek Fam to get their hands on comfort heroes each time. March’s Terrorblade slipped through twice, and dominated the 2 games with insane amounts of farm that HighGround had no answer to. In fact, Geek Fam were even allowed to pick up the OD in 3 consecutive games and found wins in all 3. However ddz still showed glimpses of brilliance at times and it seems as if his teammates were not able to match the pace that Geek Fam set for the series.

The win is quite significant in terms of prize money and will come as a morale booster to Geek Fam, who are still looking for their first DPC event qualification for the 2017-18 season.