After the group stage of WESG 2018 - Global Finals came to an end yesterday, the Playoffs started today with the 16 qualifying teams taking on each other in the Round of 16.

Every match-up was a Bo3 series with the losing team directly getting eliminated from the event. What followed were some straight forward matches with all the winning teams keeping it clean with a ‘2-0’ result.

This is how the playoff table looks like at the end of the day, 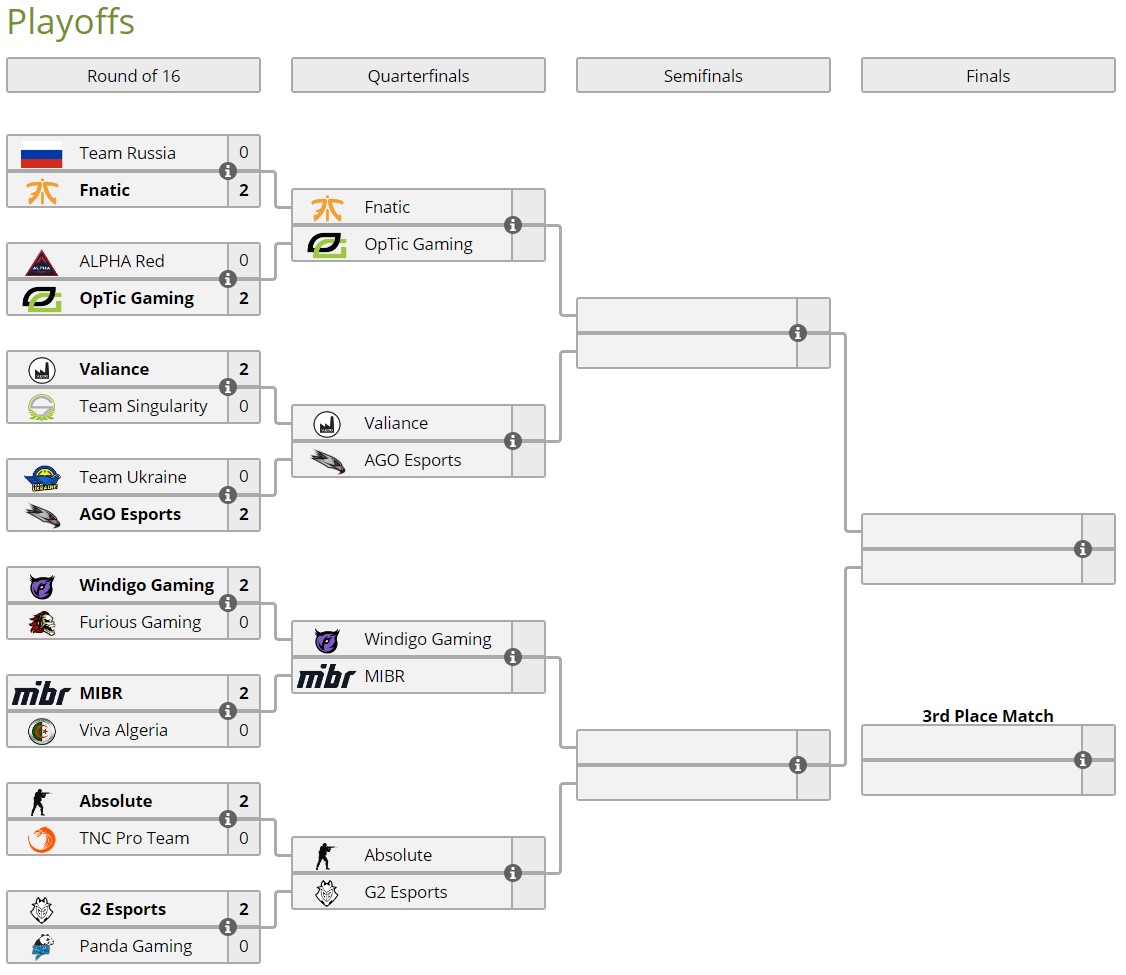 Fnatic finally got its first clean victory, playing a much better game today after struggling a bit in the group stage. OpTic Gaming, Ago Esports, Windigo Gaming, MIBR and G2 Esports had a pretty easy time against their opponents. It was surprising to see Valiance struggle against Singularity in their second match on Mirage but they pulled through in overtime.

Watch our post-match interview with @FNATIC's @Krimz after the Swedish squad defeated Team Russia in Ro16 and advanced to the next stage. #WESG #CSGO pic.twitter.com/l4iDaiY0xi

Absolute was on a winning high after taking down TNC in two consecutive matches with a score of ‘16-10’, making it to the quarterfinals.

That was all from the Playoffs today as the top teams make it through to the quarters, which is going to be a bit more competitive with relatively no chance of all teams going ‘2-0’ on to the semis.

Schedule for the quarterfinals is as follows,

The matches will be streamed live on the following platforms,