The Rubick Arcana and a special Frostivus game mode arrive together with the Frosthaven update — https://t.co/5jGUIjcoqP 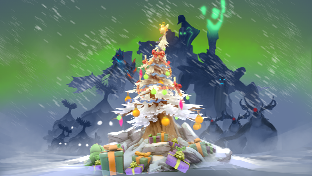 In this new Christmas game mode, 5 of your teammates are tasked with fending off Grand Magus Rubick and waves of Creeps as they try to take down the Frostivus tree. This is very similar to the Dark Moon Frostivus event that many of us played back in the day. Only this time you have to face off against the Grand Magus instead of the Dark Moon Invoker in the final stages. With Dota Plus, it also gets a lot easier with four consumables you can purchase using Dota+ shards.

Winning Frostivus Games or collecting points rewards you with chat wheel sounds and more goodies, one of which is the extremely rare Immortal Gingerbread Baby Roshan courier. 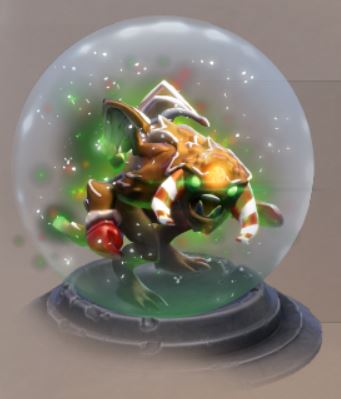 The second highlight of the Frosthaven update is Magus Cypher, the new Arcana item for the TI8 Arcana vote winner: Rubick. It comes with its own features like a floating model, improved voice lines, and 115 custom stolen spells.

The Crux of Perplex Immortal Treasure which was part of the TI8 Collecter’s cache has also been updated. When equipped, it takes on the same colours as the Arcana when Rubick steals a spell.

As players win more games with Rubick, their Arcanas will also reportedly start adding signatures to each of his 115 different abilities.
About UsContact UsServicesRSS
DisclaimerAdvertise With UsArchiveEditorial Team