Not many expected OG to be able to take a game off EG but the 4-time Major winning team showed that they still have the same level of brilliance that made them the best team in 2016 and the early part of 2017. Despite losing two of their best players in s4 and Fly, OG have been the surprise of the tournament, already having reached the top 6 after having to rebuild themselves in such a short span of time. The N0tail versus Fly storyline made the encounter even more exciting as an epic 3 game series showed just why TI Dota is the best Dota. 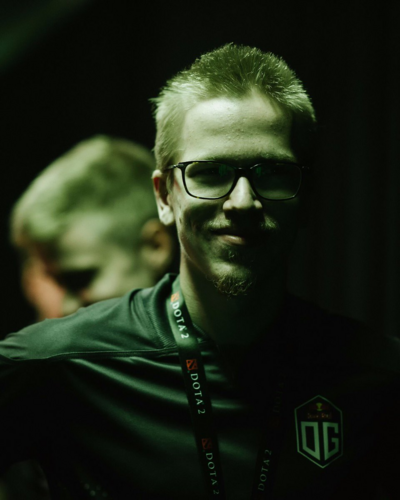 Both teams started strong with Sumail dominating Topson on the midlane. It’s not been the best TI for the pubstar who hasn’t really been able to shine on his signature heroes, but he put on a clinic on his infamous Quas Wex Invoker as EG’s draft fell apart. Topson’s play along with great itemization from Ceb’s Enigma made OG’s 5 man a nightmare for EG. Despite some heroic plays from Cr1t, OG had simply too much teamfight and AOE control for EG to go up against them in a straight up teamfight. With Sumail’s BKB coming after 30 mins, OG felt more than happy to force teamfights and a clutch ward placed by N0tail allowed them to take the bottom set of barracks without any trouble. Arteezy’s high net-worth had little impact as he got controlled and brought down every time and the lack of a BKB hurt Sumail massively as all he could do was watch. EG had no answer to OG’s high tempo and map control and with a lane down, they found it hard to go for any sort of plays. With EG getting frustrated, OG waited for them to make a mistake and punished them instantly as EG had to call the gg with mega creeps knocking on their doors.


OG looked like they had the advantage in the draft with a pushing line up featuring Lycan and Arc Warden. However, one bad teamfight signalled put the ball in EG’s court and the TI5 champions never looked back as they forced a game 3. Topson’s Arc Warden and Ana’s Lycan were instrumental in a triple necrobook strat that dominated EG in the early to mid game and even took a lane of barracks. However, an early Global silence when OG tried to do the same in the mid lane cost them heavily as EG not only defended their base but also wiped out OG. With the momentum going their way, EG found repeated pickoffs, and took fights well outside their base, which made it very difficult for OG to take any more objectives. Once BKB’s were up on all 3 EG cores, fights became much easier for them especially with Cr1t catching out OG time and again and being able to mess with OG’s positioning in teamfights. At around 42 minutes, EG won a decisive teamfight, wiping OG and catching them without buybacks. Arteezy’s Drow made quick work of OG’s base who had no choice but to call the gg. An incredible comeback from EG who were hanging on the game by a thread at the 20 minute mark but turned it around brilliantly. 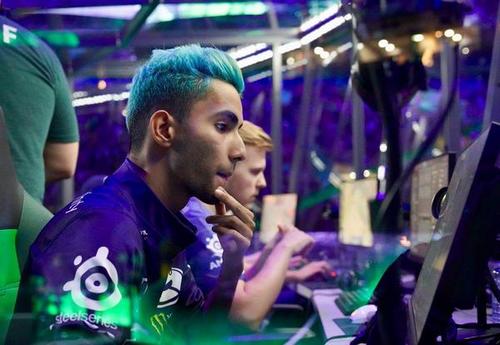 Game 3: OG overcome a 20k net worth deficit to take the win


Normally when you see Sumail with a 31/4/8 scoreline it’s safe to assume that EG have won convincingly but unfortunately, despite his beastly performance it was OG who took the deciding game of the series. Ana playing he Spectre, carried OG on his back as his team came back from a massive net worth disadvantage to take the win. EG dominated both the early and mid game with Sumail’s Tiny single-handedly destroying OG and EG took two sets of barracks to stamp their dominance in OG’s face. Despite their lead Arteezy was having a poor game, having to play the space creator role and tank OG’s ganks  as Sumail and s4 farmed up. On OG’s side, Ana despite a hard laning phase and an incredibly difficult mid game, kept his farm going and was able to hold his own against EG. The old school Spectre+Zeus combo allowed OG to get quick kills and disengage with Centaur’s Stampede as EG’s lead began to diminish. OG played it patiently, split pushing, ganking and taking team fights with perfect timings as EG struggled to get map control, despite being up by two lanes. Post the 40-minute mark, Ana’s Spectre got to a near unkillable state as OG now started taking decisive wins in teamfights and were able to claim two lanes themselves. Arteezy’s farm became a point of concern for EG as s4 started falling off and only Sumail was able to go toe to toe with Ana. With Refresher on Ceb, OG had two Stampede’s to work with as they ran circles around EG and claimed a win just after the 50-minute mark.

An incredibly close series featuring some of the best Dota in the playoff stages of TI8. The series was a perfect ending to a day of action packed top tier Dota that left fans in awe. The dark horses of the tournament, OG are now guaranteed a top 3 finish while EG drop down to the lower bracket.  The post-game handshakes had a cold chilly vibe about them as Fly and N0tail's shook hands. 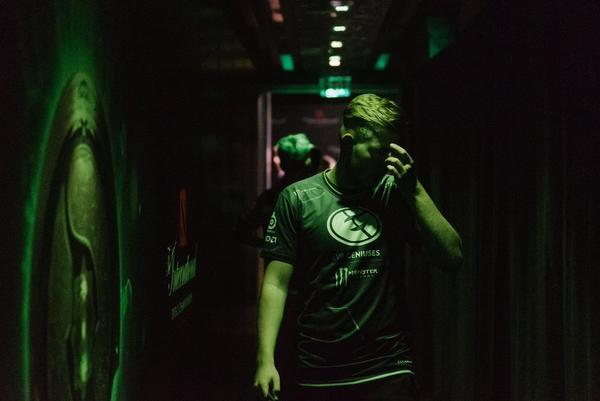