7th, Feb, 2018
We kicked off Day 2 of the SEA Regional Qualifiers with 2 elimination matches with Fnatic taking on Fire Dragoon and GeekFam taking on TaskUs Titans. The loser is out of the tournament while the winner advances to the next round.

Fire Dragoon was able to play on par with Fnatic in the early stages of both games. But the difference in quality became apparent though when they were unable to punish Fnatic for any of their mistakes and instead got pressured into unfavorable situations. Regardless of the outcome, Fire Dragoon put up a valiant effort and quite the fight but was eliminated from the tournament with a 2-0 defeat.

Game 1 took 50 minutes to close out as TaskUs Titans prevailed. It was much in Geek Fam's favor, but the team overextended during a pushing attempt and gave TaskUs Titans the opportunity to win. Yet another back and forth ensued in game 2, but Geek Fam was able to equalize it despite Raging Potato’s OD doing quite a bit of work in the Mid Game. Game 3 was extremely close, as neither team gave the other team an inch. In the end, Geek Fam emerged victorious as the Titans ran out of lockdowns to prevent ChYuan from dishing out the DPS on his farmed Shadow Fiend.

With TaskUs Titans and Fire Dragoon eliminated from contention, Only 6 teams remain. 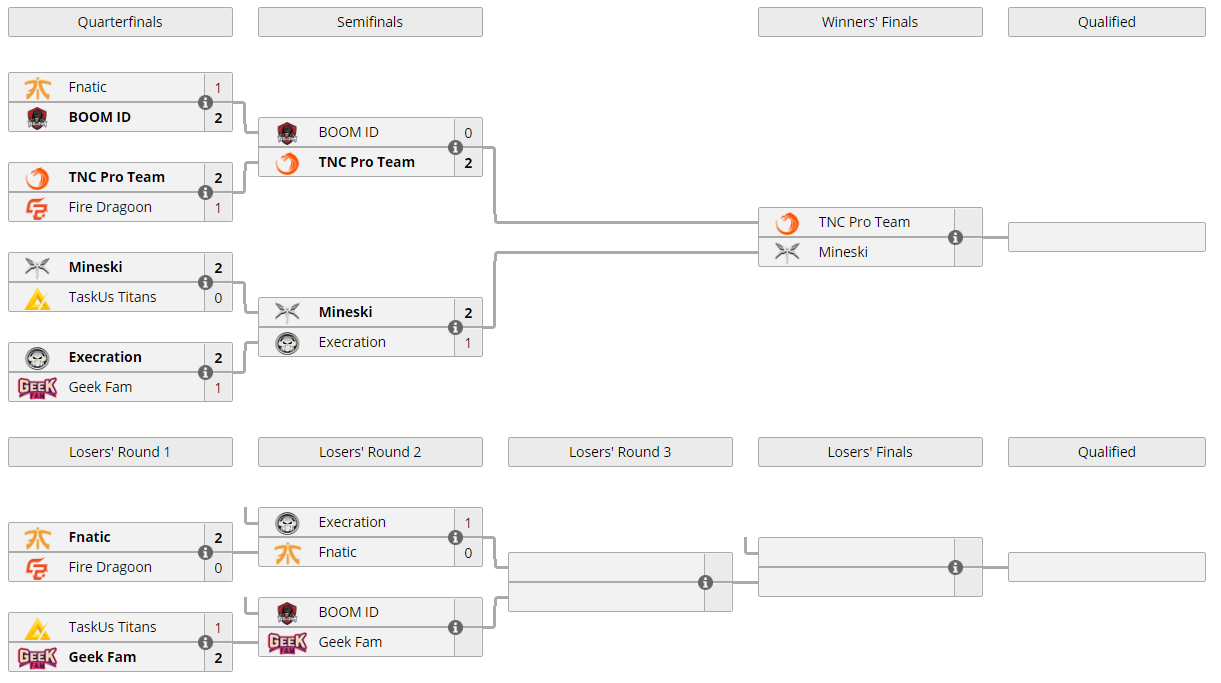 The Dota 2 Asia Championships 2018 – SEA Regional Qualifiers has started to heat up with teams starting to get eliminated. Tune into https://www.twitch.tv/afkgamingesports to keep up with the action as it happens.
About UsContact UsServicesRSS
DisclaimerAdvertise With UsArchiveEditorial Team