Faze, HR & MIBR through to the Champions Stage of the FACEIT Major London 2018

The final day of the New Legends Stage witnessed three elimination matches which confirmed the last three teams making it into the Champions Stage while the other three arrived at the end of their journey.

All the match-ups of the day were BO3s and this is how they went down.

The two teams faced each other on Mirage in their first game. This match was really exciting on account of a stellar comeback from Fnatic, who were at a deficit of ‘4-11’ at halftime only to persevere and win the match with a score of ‘19-17’.

The second match was won by HellRaisers as they outplayed Fnatic on Dust 2 winning the match with a score of ‘16-9’. ‘ISSAA’ the player from Jordan played unbelievably well and carried HR all the way till the finish.

The decider took place on Cache where Fnatic got dominated by HellRaisers, as they read them inside–out and ended the match quickly with the scores at ‘16-2’. With this, HR took the series ‘2-1’ and moved on to the champions stage while Fnatic was eliminated.

The first match took place on Mirage. A quick match that ended with Faze toppling G2 quite easily as they won the match with a score of ‘16-2’.

The next match was played on Dust 2 which turned out to be the total opposite of the first match as G2 stepped up, challenging Faze head-on. After drawing at ‘15-15’ the two teams slugged it out till the third overtime with Faze finally taking the win ‘25-22’.

Faze wins the series ‘2-0’ and moves onto the champions stage while G2’s journey comes to an end.

The two teams fought it out on Cache in the first game. The match turned out to be really competitive as no team was ready to back down easily. The match went into overtime with MIBR triumphing over their competitors with the scores at ‘19-15’.

The next match was played on Mirage where NiP got their revenge beating MIBR with a score of ‘16-10’, taking the series down to a decider.

The do-or-die match-up took place on Train where MIBR with their aggressive plays and great read on their opponents won the match with a score of ‘16-11’, taking the series 2-1 and advancing to the champions stage.

The teams that will be moving on from the New Legends Stage onto the Champions Stage are:

The brackets which have already been declared for the Champions Stage are as follows: 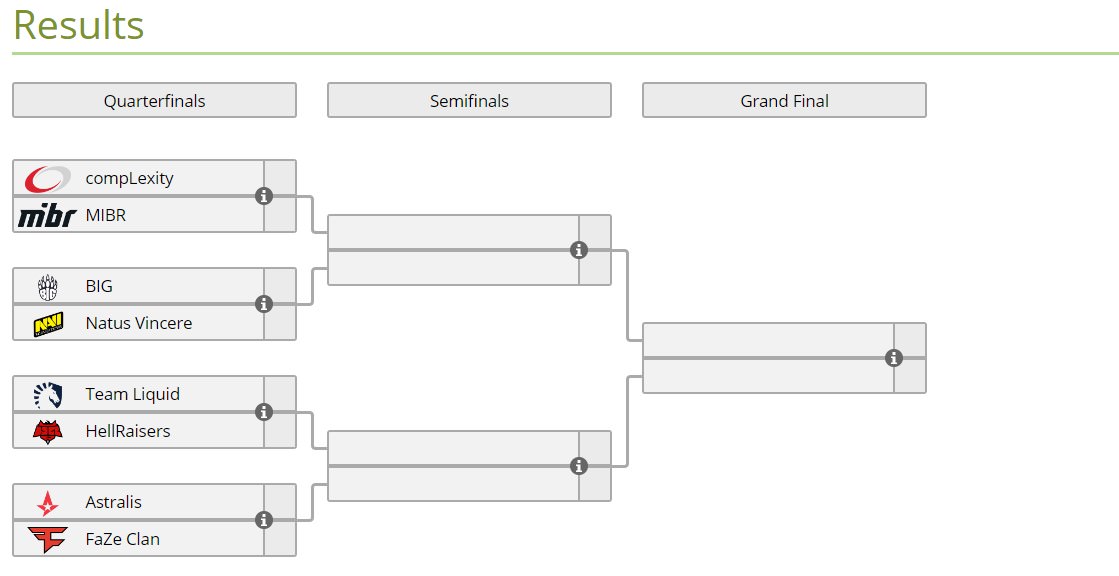 All the matches will be following a BO3, single elimination format.

Stay tuned as we keep you updated on the London Major, which continues after a short break of 3 days.

The matches are streamed live at: