24th, May, 2017
Last month it was revealed that Esports is set to be a full medal event at the 2022 Asian Games in Hangzhou, China. It was also revealed that some of the popular titles will be played out in the 2018 Asian Games in Jakarta but only as a demo to test the waters. According to latest reports, the OCA (Olympic Council of Asia) have now announced that 4 popular titles will be included in the 2017 Asian Indoor and Martial Arts Games (AIMAG) which is to be held in Ashgabat, Turkmenistan.

Alisports, the sports wing of the Alibaba Group will be providing technical support, expertise and consultancy for the event along with another Chinese brand, Duo Sports. The titles announced by the OCA for AIMAG 2017 are: 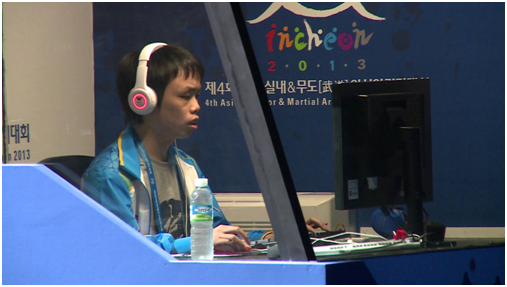 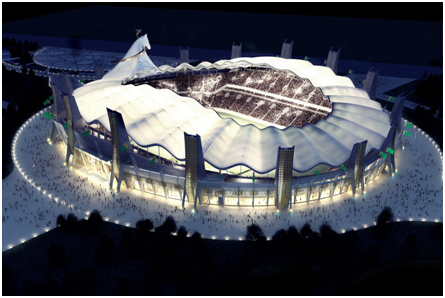 The main stadium at the Ashgabat Olympic complex
Although esports will be a demonstration sport this year, it is still a huge step in the right direction with recognition being given from an Olympic body. National Olympic Committees (NOC) of each country will conduct the qualification and selection at the country level. Each country is allowed a maximum of two players/teams per game. Each country will be submitting a list of players/teams from their country by June 10th and then hold national qualifiers to decide the top teams. The entire process will be completed by June 30th.

From there, teams will be split into 6 regional groups, with qualifiers happening from July 1st to 20th. The regions and number of slots available are as follows:

The national and regional rounds will be conducted online, with the finalists coming together for AIMAG 5, which will run from September 17-27, 2017 at the Ashgabat Olympic Complex.

We currently do not know how and who will conduct the qualifiers in India, but stay tuned as we will covering this story in the upcoming weeks. Source
About UsContact UsServicesRSS
DisclaimerAdvertise With UsArchiveEditorial Team