The second day of the star studded event, ESL One: Cologne 2019 continued on with its onslaught as more teams were eliminated from the tournament. FaZe Clan, FURIA, MIBR & ENCE were the once to walk out as Astralis and NiP secured themselves a place in the playoffs.

The day had its moment with the star match between Vitality and ENCE proving to be the highlight of the day. Noone had expected the two to collide this early on in the event but here it was ENCE facing an early elimination from the event. Apart from this the event went as expected with the Mouz and Na’Vi reaching the lower bracket finals. 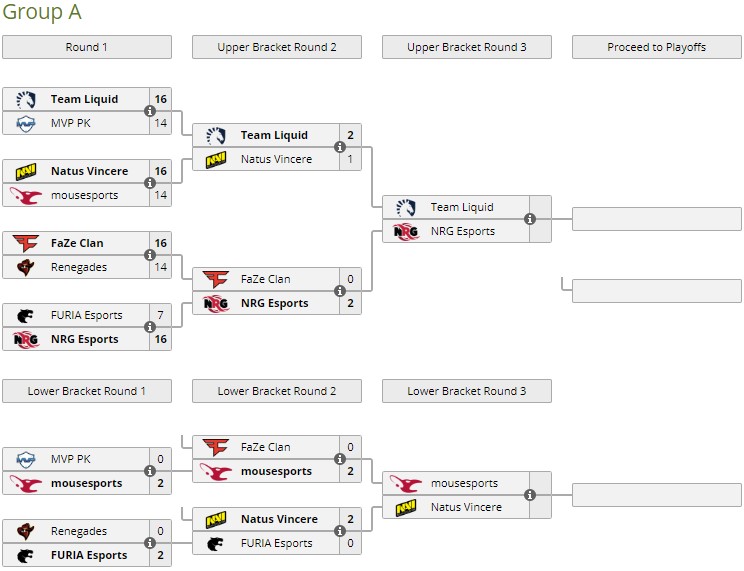 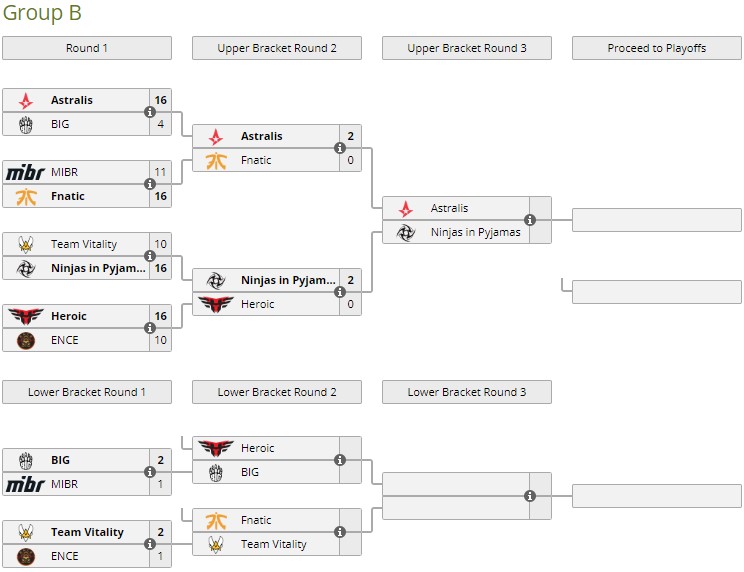 Mousesports had a bit of a tough time on Inferno against FaZe but settled the matter in overtime. They seemed to be playing much more comfortably on Mirage which was FaZe Clan’s pick as they went on to take another comfortable win to moe on to the lower bracket finals.

All eyes were on FURIA to see if the young Brazilians could overpower the mighty CIS kingpins Na’Vi but the boys in yellow gave away nothing. They settled themselves down in a comfortable position by winning FURIA’s most dominant map pick, Nuke and then proceeded to knock them out of the tournament by defeating them on Overpass.

On the other side, Astralis took a clean ‘2-0’ victory against Fnatic to secure a slot in the playoffs. Fnatic stood no chance against the Danes as they battered them hard on both Train and Nuke, with Fnatic only managing to win a total of seven rounds across to maps.

NiP also had a comfortable day as they handled Heroic quiet easily on Overpass and Inferno. REZ was unstoppable holding down the trigger well as he walked away with a whopping overall rating of 1.73 followed by a K/D of +23. The NiP magic is certainly holding strong!

In the lower bracket it was one hell of an effort by put in by MIBR against BIG after they managed to equalise the score ‘1-1’. Losing out on Dust 2 while claiming Overpass. It was a hustle on Train as the game went into overtime but a couple of well played rounds did the trick for BIG. The home favorites have managed to continue their journey well into the last day of the group stage.

Finally, it was a moment of heartbreak as Vitality overpowered ENCE in yet another hard fought three game series.Both the tea, claimed their own picks, Overpass & Nuke comfortably, taking it all down to Inferno where ENCE were lacking both in Firepower and Tactics.

While we saw Liquid struggle its way through to the playoffs against Na’Vi. Astralis breezed through their match-up against Fnatic. It is not as if the Swedes are playing really badly or in poor form, it was Astralis straight up out performing them in all departments and if this is the case, it might be worrying for the other teams coming into the playoffs.

Will we see an @astralisgg resurgence this event? @Xyp9x certainly thinks so!

NiP who were not the go to pick coming into the event have shown great composure, decision making and stood up in terms of firepower and raw skill as well. No matter how much people shout it out to NiP magic making its return, it is one man standing out for the team in every match along with the heavy consistency shown by both f0rest and Get_RiGhT. They have struck golden form when required the most and their experience is helping them overpower their opposition really well.

With this the second day of the event comes to a close. It was obviously sad to see ENCE depart but it would have been the same even if it was Vitality on the receiving end. One of the favorites to take the trophy fell quite too early then anyone would have predicted.

But with a match set between Karrigan & co. against Na’Vi, it has given us all a really big reason to tune in and watch the battle continue as the war rages on at ESL One:Cologne 2019.