The unpicked hero list was reduced from 16 to 13 as Phantom Assassin, Meepo and KOTL all made appearances in the opening set of Day 3.


Team Liquid vs Mineski - A failed experiment for Mineski

Team Liquid made some good progress towards a successful title defence and took down Mineski comfortably to move to the second spot in Group A. A strong laning phase from Liquid secured space for Miracle’s Spectre and he never slipped up, shutting down Mineski each time the Haunt was back up. Mind_Control’s signature Nature's Prophet was all over Mineski chasing down heroes and giving his team the man advantage in skirmishes and it took only 30 minutes for Liquid to force out the gg.

In game 2, Mineski pulled out a bold PA pick but were punished almost instantly as Liquid once again won all 3 lanes. Matumbaman’s Pugna was essential in securing early towers and made the map smaller for an already struggling Mushi PA. Mineski had little going for their cores as their lineup was a weird mix of single target and AoE damage which made securing kills quite hard. The game lasted 30 minutes and by then TL had pretty much secured all 3 lanes of barracks.


VGJ.Thunder vs iG - Sylar shuts the door on Invictus Gaming 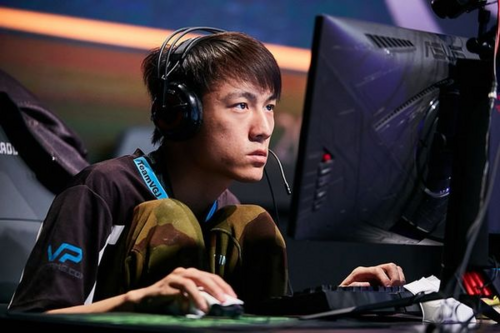 VGJ.Thunder haven’t looked particularly impressive in the group stages while iG has had incredible highs and some truly devastating lows. However, Thunder managed to build a safety cushion from the dreaded bottom place by taking the series 2-0. In game 1, Thunder pressured Xxs’ Alchemist early but he still came back with a 14-minute Radiance. However, Sylar’s Clinkz roamed well, creating space for Freeze’s Storm and the 2 cores combined well to find key pickoffs, keeping iG on the backfoot. Thunder had a good team-fight setup with Brewmaster controlling the cores while Sylar and Freeze went in on the backlines and there was little that iG could do but call the gg.

In game 2, Thunder put together a deathball lineup courtesy of which early towers on the back of Sylar’s Terroblade gave them the lead needed to group up and push high ground. There never was anytime for Xxs’s Medusa to come online as Thunder were knocking on tier 3’s and forced the gg by 25 minutes.

Game One: Evil Geniuses had a great start. Finding two kills in the top lane in the first five minutes of the game, The NA giants looked to snowball the game. Winstrike tried to fight back, finding a few kills across the map with some smoke rotations. But SumaiL put a stop to all of that with a Triple Kill in a mid lane team fight. Grabbing the Aegis with lead, Evil Geniuses ran straight towards the mid lane where they pushed all the way into Winstrike’s base. The CIS team could do almost nothing to stop EG’s charge, losing game one in a fast 27 minutes.

Game two: EG did not slow down in the slightest after Game 1. Winning all three lanes, EG came into the mid game with a huge gold lead. SumaiL’s Kunkka dominated team fights, singlehandedly killing Winstrike’s backline with his Ghostship and his Cleave. Similar to game one, EG found the Roshan, they went straight to the mid lane, taking out Winstrikes nexus for a quick 30-minute win.

Fnatic vs OG - Meepo and a split series

In game one, ana on Spectre completely took over the game. Through better rotations, OG found kills all over the map. By 20 minutes OG had a 20,000 gold lead, and at 25 minutes OG had the Roshan. Ana looked invincible this game, not even dying once throughout. OG cleanly ended game one at 29 minutes. 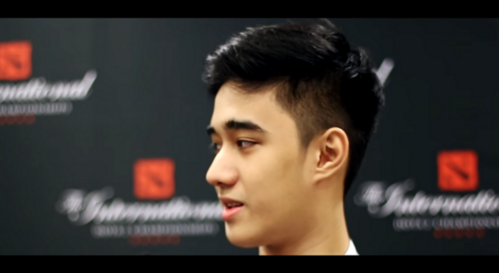 Game two saw the first Meepo pick of the tournament, and Abed true to his reputation, completely destroyed OG killing, farming and taking objectives all around the map. OG tried to play for the late game with their late game Morphling, But Fnatic took no chances. They took the Aegis and closed out the game in under 30 minutes.