Day 1 of the Summit 9 saw 5 bo2s being played out and plenty of action including some great content which we have come to expect from the Summits. EG played two bo2’s winning one and tieing the other and VG.J Storm were the only other team to get a win as all the other series were draws.

Small margins and a split series - OpTic Gaming vs Fnatic

The day started with OpTic Gaming versus Fnatic and Abed’s Meepo was seen in both the games. While he stomped all over game 1, it was OpTic who came back strong in game 2 to take the win. Both CCnC and Abed played the same heroes in mid for both the games in the TA and the Meepo and it CCnC’s explanation of why Meepo snowballed hard in game 1 and not in game 2 shows just how small the margin for error is in high-level Dota.

Item decisions and Outdrafts - Fnatic vs Let’s Do It

Fnatic then took on the Polish team, Let’s Do it but didn’t go for the Meepo picks this time around. LID had quite a bit of success thanks to Kacor’s Pudge in game 1 winning all the lanes only for Fnatic to outplay and outmaneuver them from the mid game onwards. Early BKB’s on Envy and Abed allowed them to come to fights earlier than expected and with tons on AOE control they took teamfights well and forced the gg by 46 minutes. In game 2 Fnatic got outdrafted heavily after failing to pick any major AOE damage as LID Broodmother’d them out of the game taking a swift and inevitable 30-minute game to tie the series. 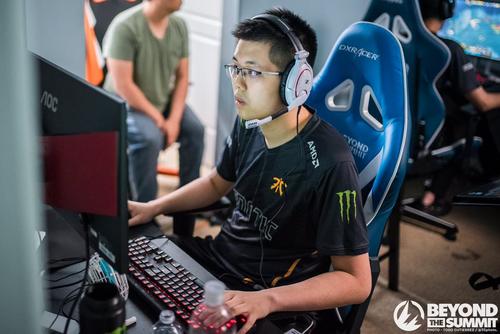 Throws and Carries - Let’s Do It vs Evil Geniuses

EG then took on the Poles and handed them a heavy defeat in game 1 with LID’s item choices on the cores being put to question by the Summit couch. All 3 lanes were won by EG and LID’s decision to got for mid game items rather than use their Spectre for the later stages cost them dearly and EG stomped all over them. Game 2 was the Nisha show as his Bloodseeker styled on EG, ending the game with 17 kills as the NA squad were simply unequipped to deal with the Ferrari running at them time and again. 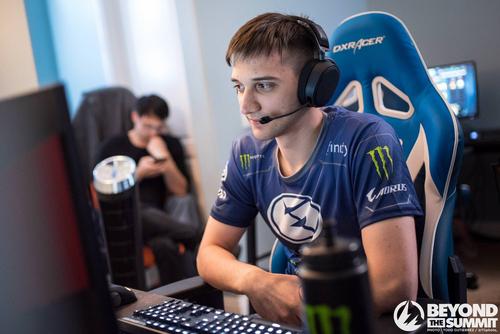 It then came down to a North American derby as  EG took on VG.J Storm and while Resolution’s team have been trending upwards in recent LANs, the reformed EG side handed them a drubbing, winning both games in under 25 minutes. Game 1 saw both teams trade heroes but EG came out massively on top VG.J never got to farm on their cores and spent a good 18 minutes running around and shuffling lanes. EG had the skirmish potential and found frequent pickoffs which opened up Roshan and an 11k net worth lead. More fights went the way of EG and a VG.J called the gg during a technical snag knowing they were 25k behind. In game 2 VG.J’s Techies was countered from minute one by Nyx Assassin and EG won all 3 lanes very convincingly. Bad lanes for Ursa, WK and Kunkka meant that there was no comeback and EG took the series 2-0.

The last series of the day saw VG.J Storm go up against Pain Gaming and the NA side shook off their loss to take a 2-0 win themselves over the Brazilian stack. They used an in your face aggressive line up in game 1 involving an Ursa and Necrophos and an Arc Warden giving Pain no time to react and get their items up. The second game was even more one-sided as Resolution’s 16-0 Morphling forced a 30-minute gg out of Pain. 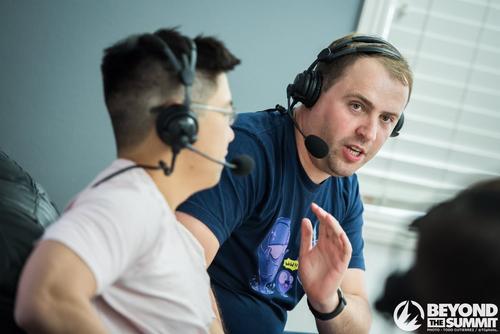 Apart from the games, there was plenty of entertaining content and the couch cast like most other couch casts was super chill and enjoyable. V1lat’s first time on an English cast went superbly well and everyone including Kyle, BSJ, GrandGrant and Blitz brought their usual entertaining selves. The last series of the day saw Sumail, Cr1t and s4 the couch. Cr1t as usual brought wisdom and great analysis as did s4. Sumail was his usual brash self, flaming and throwing salt and being the King we all know and love him to be. Here’s a clip to highlight the day:

Not only do we have @ggbetofficial at #DotaSummit 9, we have slap bets too. @Blitz_DotA hands @GranDGranT one as he's wearing a satisfied punk shirt. pic.twitter.com/ybfXMhOxpg