PPD’s recent tweet about the ineffectiveness of the GSL format, an issue that he raised during the Kuala Lumpur Major, brings to light an important question about what the best format is for the group stages in a 16 team Major. As was evident in the KL major, Pain Gaming’s inability to beat just one team, NiP forced them into the lower bracket while NiP were able to qualify into the upper bracket based on their ability to beat that particular team twice.


Also wanted to say how much I disagree with the format of this tournament. GSL style means that 3 of the teams in any group cannot start in the upper bracket. When the seeding was drawn out of a hat this is absurd.

With the DPC events holding so much value in terms of qualification to TI, it’s imperative that a format that is most fair is used. However, that cannot be the only criteria. Number of games, number of days it takes to play out those games, seeding within the group/groups, seeding coming out of the groups are all important factors when deciding a format for the group stages. We decided to do a little bit of research, in trying to find the pros and cons within the various formats in an attempt to arrive at the best possible solution.


The obvious flaw with the GSL format is one that we’ve already pointed out, a team’s inability to beat a particular one will more often than not determine their fate. Hence it doesn’t necessarily reflect the best team in the group. Most of the current 16 team events use the GSL format so it certainly has been considered as one of the more effective formats in recent years.

A 4 team GSL group sees a total of 5 bo3s played out if all the games are bo3s. Alternatively, we have also seen formats where the first 2 games are bo1s followed by 3 bo3s during the actual seeding matches. For 16 teams divided into 4 groups, this means a total of 20 bo3s or 8 bo1s and 12 bo3s. 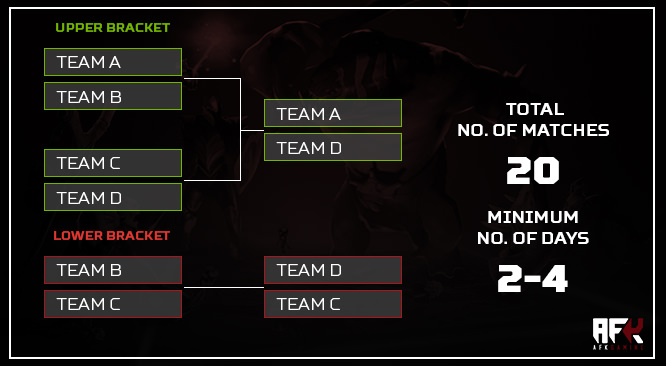 
The Swiss format is one of the most interesting formats used in esport events, particularly CS:GO, but the randomness of the seeding often puts teams in a bad position and luck becomes a big factor in deciding the fate of the playoffs.

A 16 team Swiss format will require a total of 33 games to determine the top and bottom 8 teams. Thirty-three bo3s are just way too many games to be played out in a group stage particularly in Dota, where teams want to hold back drafts and strategies. You never want the entire meta of the tournament to be revealed in the group stages alone. Additionally, it puts more pressure on the TO, in terms of the number of days that need to be utilized which means higher execution costs.

This can be addressed to an extent by using bo3s only for decider games and bo1s for non-decider games which gives us 20 bo1s and 13 bo3s. However, the fact that most of the bo3 games will be clumped together towards the last 2 rounds makes it hard to execute. While the Swiss format can prove to be entertaining, the element of luck and tediousness in terms of games played makes it unlikely that a TO uses it. 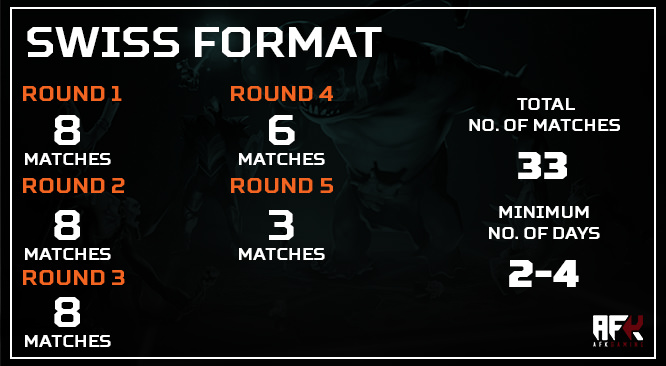 
The TI8 format involved 2 groups of 9 playing a round robin format with each series being 2 games. This format, if applied to the Majors, would involve 2 groups of 8. This way, we would have 28 series per group making it a total of 56 series. However, this means a minimum of 4 days of group stage play, with most teams not getting rest on any of the days. One group of 16 is simply an unrealistic format when that many teams are involved as it means 120 games in the group stage, which even if it is a bo1, isn’t exactly feasible. 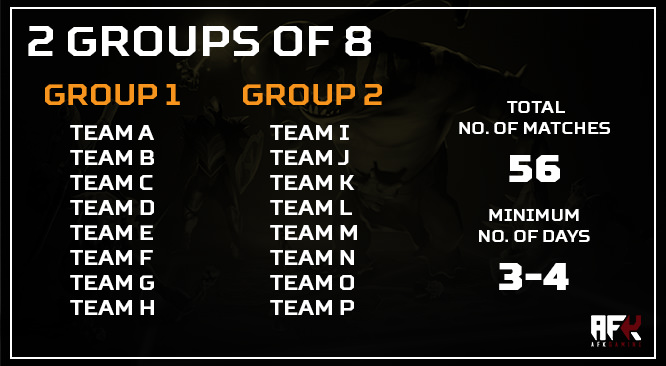 
In a 4 group round robin format, each team would play the other, meaning a total of six 2 game series', and then if required tiebreakers. This format seems the most viable especially when compared to the system in use, GSL. It also addresses the main flaw of the GSL which is the randomness of the draw in the opening games, which affect the results of the group.

However, the one issue that the round-robin does have is the fact that sometimes, games need to be played out despite the fact that the seeding has been decided which makes the last few games redundant. A 4 team group will rarely have this scenario but it is a possibility. Another concerning factor is the number of tiebreaker games required, which can prolong a day’s play by quite a bit, thus putting pressure on both the teams and the TO’s. 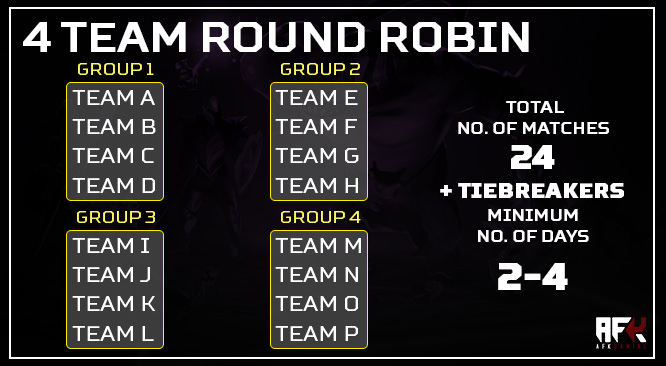 In terms of ease of execution, having 4 groups of 4 teams seems more ideal than 1/2 groups plus it gives the teams more time on the main streams. Personally, the 4 groups with each group being a round-robin makes the most sense. However, I’m still not a big fan of the 2 groups being played out on the same day. Ideally, a day each seems like the way to but it’s hard to nail what type of constraints the TO’s have to work with.