Chongqing Major : PSG.LGD and VP top their groups and 3 other storylines from day 1

VP and PSG.LGD dominated their groups and Secret, as well as EHOME, joined them in the upper brackets but there weren’t too many surprise results as day 1 came to a close. Here are the big moments from the day.


PSG.LGD go unbeaten in Group B


In group B, PSG.LGD emerged as top seeds, taking down both Forward Gaming and Secret dropping just a single game. The scene from the latest True Sight in which we see Fy’s stoic look as the fireworks went off behind after the TI8 finals, was hard enough to forget but it seems as if the team has shaken it off and ready to take on their TI9 campaign by the horns. They may not have got the results they wanted at Kuala Lumpur, but are off to a flying start in their home country.


VP taken to 6 games, but emerge on top of Group A


In group A, however, VP were made to work hard in both their series as they took on Minor champions, Ehome and then TNC. In both the matches, VP came back from a game down to snatch the victory and in typical fashion, a slow start in the group stages is to be expected from the bears who are known shine as the days progress. A win at Chongqing puts them unbeatably close to another DPC season win as well as guaranteeing their TI9 slot.


TNC to start in the lower bracket after loss to Ehome 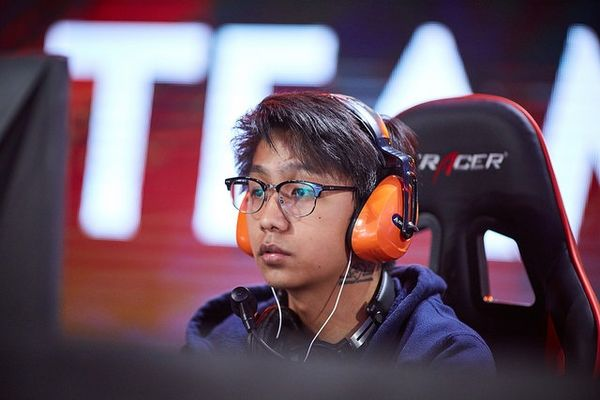 SEA fans will be left disappointed after TNC’s strong start to the day wasn’t enough to secure them an upper bracket berth. The team may not be playing with their full roster but had little troubles in dispatching off SA’s Chaos esports in their opening game. Gabbi’s performances on TB and PA saw him end the series without a single death. Against VP as well, TNC started strong with some clutch RP’s from ryOr’s Magnus helping them win game 1. But that is when their form ran out, as they lost the next 2 games, both before 25 minutes to VP. In the decider, Ehome executed 2 clinical late game strats to walk away as the winners.


FWD’s complaints about the TO not using the seeding from the Regional qualifiers seemed justified as they had to take on some incredibly strong opposition in the group stages. While they managed to take a game off both PSG and Secret each, ultimately it wasn’t enough to secure them an upper bracket start. This puts them in a bad place of having to play a bo1 next to ensure they stay in the competition.

Meanwhile, in Group C, we see no number 1 seeds from any region and a case can easily be made that FWD deserved to start from Group C rather than B.


Just got word of the seeding process at the meeting. Seeding is never easy in dota. That said, we and many other teams tried to take the seeding matches seriously only to now find that their weight is much more arbitrary than what everyone is playing them for at the time


Both South American teams to start from the lower brackets


For South American Dota fans, it was a hard day as both teams from the region placed last in their respective groups. Chaos Esports managed to take a game off Ehome thanks to w33’s infamous Windranger but it would be the only game they would win for the day. Similarly, Peruvian side, Thunder Predator also found just one win, taking a game off Forward Gaming thanks to their offlane Tiny snowballing. Both teams now find themselves having to play out a bo1 to keep their hopes alive in the competition once the main stage kicks off.

Groups C and D kick off tomorrow with the likes of EG,Fnatic, Liquid, Vici Gaming and Aster all playing.