Images are courtesy of Starladder

Starladder have announced the details for the Regional and Open qualifiers for the Chongqing Major, which will be the second Major for the current DPC season. Qualifiers are of particular importance this season, as no teams will be getting direct invites to any of the events. As announced by Valve earlier, the Regional Qualifiers for all the regions will take place later this month, starting from the 25th of November. SEA, CIS and SA will take place from 25th-27th while NA, EU and China will be played between the 28th-30th.

The invites for the Regional Qualifiers have also been announced and can be seen here: 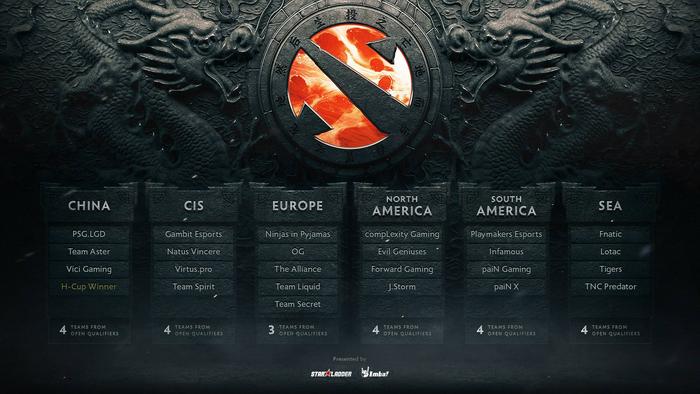 They seem to be fairly standard with performances from the current Major-Minor pair taken into consideration. The only two standout teams seem to be in EU - Team Liquid and OG. Team Liquid did not play the Minor despite qualifying for it, while OG opted out of the first set of events after winning TI8. In SEA, Lotac have been given a spot above Mineski, along with Fnatic, TNC and Tigers.

The format for the Regionals will a bo3 GSL group stage from which the top 2 teams will advance to a double elimination playoffs bracket. Since a maximum of 8 teams are playing each Regional Qualifier, this implies that all the playoffs will be between 4 teams. Also, since two teams from each region are guaranteed a spot in the Major, the grand finals will not be played out.


The Open qualifiers will kick off next week itself, from the 15th to the 18th of November. The OQ’s for China will take place shortly after. OQ’s will be bo1 single elimination with the decider matches being bo3’s.

The registration links for each qualifier can be found here.

With this, the only major detail missing is which regions get the extra spots at the main event. With 3 spots up for grabs, EU seems like a sure-shot with all 3 teams qualifying to the upper bracket at Kuala Lumpur. The remaining spots will probably be decided after the conclusion of the KL Major.