The IEM Sydney Derby concluded today with Chiefs Esports Club making its way through to IEM Sydney 2019. They are the last team to have qualified for IEM Sydney after defeating Athletico and Breakaway Esports in back-to-back match-ups.

Chiefs Make It Through

The outcome of the event was as expected with Chiefs making it through. But their semifinal match-up against Athletico was quite tense as Athletico were able to swipe the first match away from Chiefs.

The recovery by Chiefs was commendable as they secured the next two maps, Dust 2 & Nuke, to move on to the Grand Finals.

The final was a straight-up easy affair for Chiefs, who won three matches in a row in quick succession. The last two maps, Train & Mirage were over in a jiffy with the scoreboard reading ‘16-5’ in both the cases. 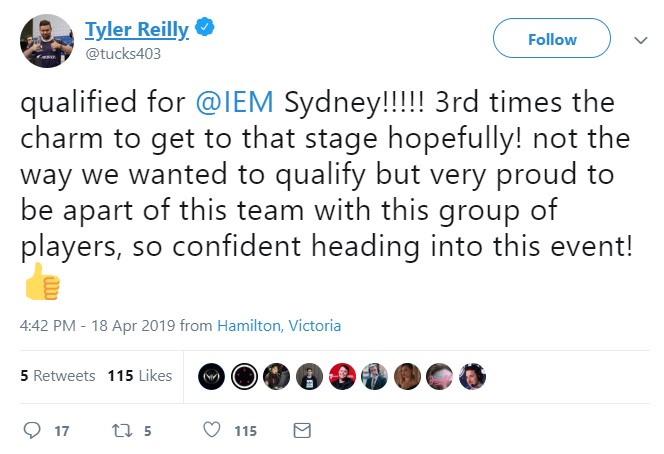 With this victory, Chiefs have secured themselves a place in the IEM Sydney 2019 and all the 16 teams for the grand event have been finalised.

The 16 teams participating in the event are: