13th, Aug, 2016
Digital Chaos came out of day 4 as the real winners, clinching two bo3’s in the same day to secure a top 4 finish in TI6. They now will take home a minimum of 1.4 million dollars from the 20 million prize pool. They were one of the underdog teams coming into the tournament, but have been in fine form ever since the group stages where they placed 2nd in Group B. The Mushi led Fnatic side also moved into the top 6 after knocking out Liquid in what could arguably be called an upset. And to round off an already exciting day 4 we had the All Stars Match featuring, Team Kaci and Team Slacks. 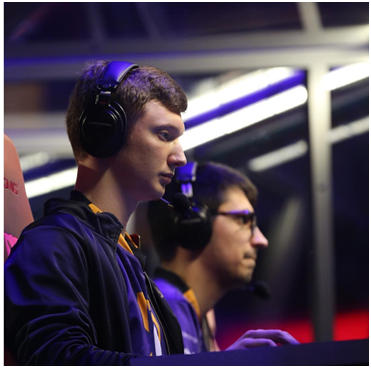 First up for DC were giant killers TNC, who had previously knocked out favorites OG to reach the top 8. It was a tricky matchup for both sides and TNC drew first blood, securing game 1. Their 5 range lineup complimented with the Drow aura worked wonders as they systematically took over the game, caging w33’s Dragon Knight every stage of the way. In game 2 Misery drafted a Magnus Ember spirit core combo, a strategy very reminiscent of the one used by his previous team, Secret.  TNC got their hands on the Alchemist, but Demon’s support Silencer spelled the doom for them as DC itemized and fought around the Global Silence to great effect. Eventually the Ember had way too many items to be dealt with and aided by Magnus’s Empower he cleaved through the TNC lineup to take game 2. In game 3 DC showed just how deadly they can be, as they ran rampant from the get go, picking up kill after kill as they snowballed too hard and too fast for TNC to contain. Their aggression was deadly yet calculated a they ended the game within 30 minutes with 3 of their heroes finishing with 0 deaths.  DC take the series 2-1 and TNC finish 7th/8th taking home 500,000$ as prize money.

SEA strikes back
The second series was between Fnatic and Liquid and was largely expected to go Liquid’s way, but the last true SEA team had some other ideas as they proved their doubters wrong to move on to the top 6. In game 1 the Luna and the Ember Spirit from Fnatic kept up the pace with Matumbaman’s Naga Siren and the eventually the damage from both was too much for the Naga to handle. With Ohaiyo’s Slardar setting up the kills, the damage was there from the Luna and Ember and they capitalized on their numbers advantage to push for high ground, eventually securing the game at around the 40 minute mark. In the second game, Fnatic put MidOne on the QOP, a hero which has been seeing some play in the latter stages of the tournament and he used the hero extremely well, showing how useful Queen can be against certain lineups. Liquid fought back with a aggro tri lane featuring AA, Oracle and Sven and they seemed to be cruising, as they turned up the heat on Mushi’s Drow Ranger. Liquid picked up a massive lead in all respects but their impatience cost them, as they fell to Fnatic’s trap in their own jungle. The massive AOE from the SK and QoP crushed the Liquid lineup who were grouped up, and finally Fnatic started to make a comeback. Liquid managed to regain some of their momentum after mass BKB purchases but as the game went on, the timers reduced spelling the end for Liquid. In Fnatic’s ultimate high ground attempt, they successfully baited out the BKB’s and caught out Liquid as they were retreating, to secure the game and the series. A disappointing end to Liquid’s journey as they finish 7th/8th after losing 2-0 to Fnatic. 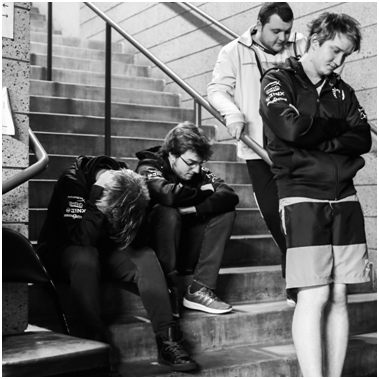 Liquid after getting knocked out by Fnatic


Moo Cuts down Ehome
DC went up against Ehome in the last and final series of the day in a battle for top 4 and it was a massacre to say the least. Ehome were the favored team in this clash with their players boasting years and years of experience but it was David “Moo” Hull who powered his side to victory with two very impressive Timbersaw performances. Game 1 featured a carry Vengeful Spirit and the famed W33 Invoker for DC in what seemed like a early group up and fight lineup. Old eLeven was put on Sand King, a hero with which he had more or less single handedly destroyed Alliance but his performance was very undermining. His offlance counterpart, Moo however was on sublime form and his offlane Timber was at the very heart of DC’s 5 man engagements. DC allowed Ehome no quarter and before icex3’s Anti-Mage could get too fat, they choked them out and took the game. In game 2 Ehome picked up the Lifestealer and the Death Prophet and for a moment it seemed that the DP’s hood first build was going to work, but again Moo’s Timber managed to create enough space for Resolution on his Void to get fat enough. He finished the game with 9 kills and 12 assissts as DC move on to the top 4 of the The International 2016. 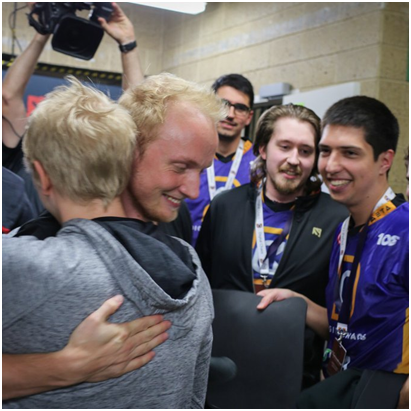 A very big day for DC as they have progressed further than many would have thought and it seems that each and every member is playing at their top level. Doubts had been cast over Resolution and Moo’s performances but with the way things have been going, it certainly should not be the case anymore. 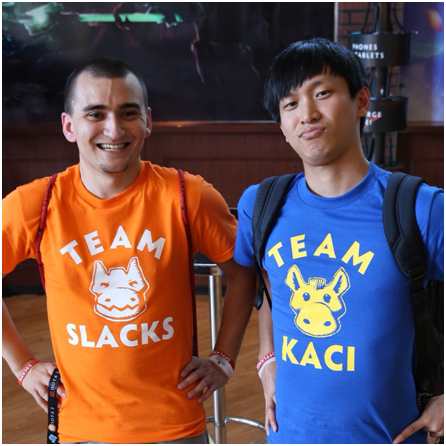 The much entertaining All Stars match was played out as a 10v10 featuring 5 pro player and 5 members from the crowd in each team. The two teams were Team Kaci and Team Slacks and while they picked out 5 their 5 members from the crowd, it was these 10 that got to choose the a pro player to play alongside them in the match. Team Slacks included Dendi, Arteezy, Notail, Maybe and Loda while Team Kaci featured the likes of Bulldog, Fear, Universe, QO and iceiceice. The game was casted by the very entertaining duo of ODpixel and Sheever and all throughout the segment the Kaci Vs Slack banter made it a treat to watch. 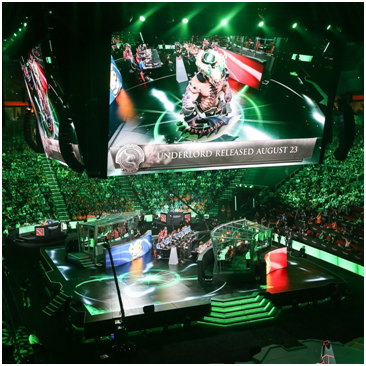 Also a big reveal was made during the match as Notail was the first person who got to play the newest hero in Dota 2, Underlord. Old Dota 1 fans will remember Underlord, or Pitlord as he was then called and he is the last hero to be making it to Dota 2 from Dota 1. Underlord will be available for all to play when the patch rolls out on August 23rd.
About UsContact UsServicesRSS
DisclaimerAdvertise With UsArchiveEditorial Team