The first day of IEM Sydney 2019 came to an end today with Team Liquid and NiP reaching the Upper Bracket Finals of Group - A.

Both the groups witnessed a lot of action but the lack of upsets did leave the crowd wanting a bit more as almost all the matches played out as predicted. This is how the two groups stand at the end of the first day. 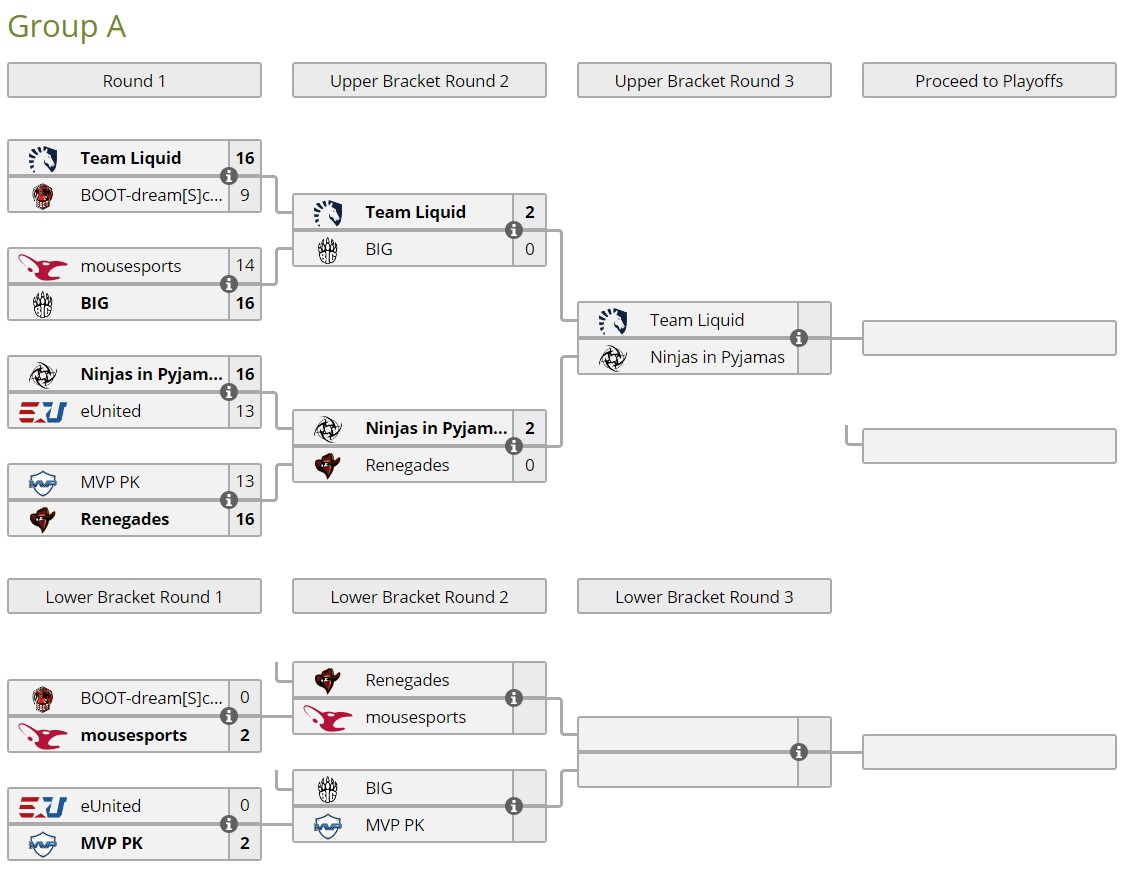 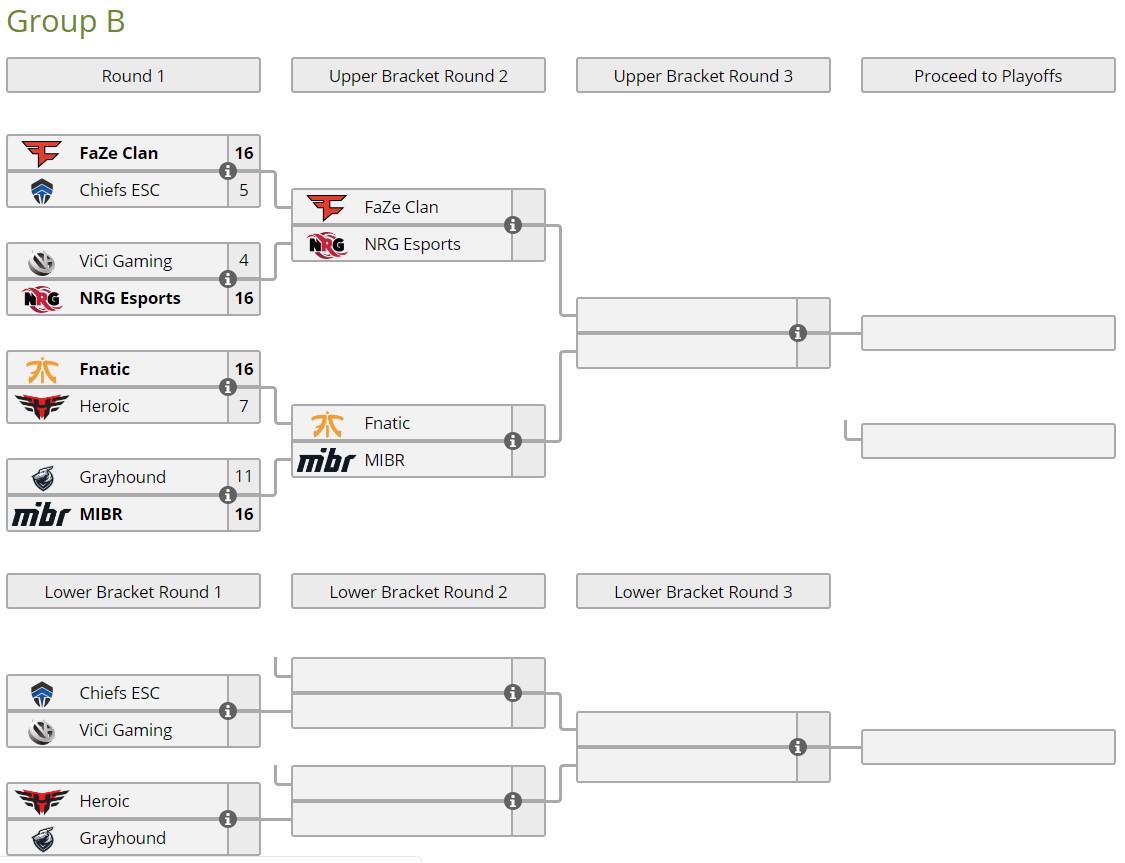 Group - A went on to witness its two Upper Bracket Finalist, Liquid and NiP.

Liquid was on a hot streak as it made quick work of both B.O.O.T-d[S] and BIG. The team was on fire as they lost a total of just 10 rounds against BIG on their way to the finals.

NiP faced some competition in their opening match against eUnited but has an easier time against Renegades as they seemed to have been performing with much more confidence.

With the celebrations, it was also a bit sad to see B.O.O.T-d[S] take a first-day exit from the event. MVP PK did recover well after falling down to the Lower Bracket as they defeated eUnited ‘2-0’ to knock them out of the event.

Group - B just played out their initial matches with FaZe, NRG, Fnatic and MIBR making their way through to the next round. Rest of their matches will be played out tomorrow.

It will be interesting to see the Lower Bracket showdown tomorrow as ViCi take on Chiefs while Grayhound faces off against Heroic. Will both the Australian squads get knocked out or will they both stay in contention to reach the Playoffs?

- Only two aces total throughout the day.