15th, Jul, 2016
It’s safe to say that it has been a good first half in 2016 for the Indian eSports community. With premier level tournaments like the ESL India Premiership and Zowie Extremesland Asia Championship already announced there has been a steady growth in the industry with companies willing to put in the money and their faith into Indian eSports. Big names like Flipkart have also ventured into the scene and it finally seems that there is light at the end of the tunnel for the Indian fans.

In a recent announcement it was revealed that PepsiCo will also be sponsoring a tournament. PepsiCo is one of the biggest names in soft drinks and one their products, Mountain Dew is being marketed through this venture. Mountain Dew Game Fuel which is a new variant will be the product in question. The product focuses on gamers and gaming as a whole and encourages customers to live the thrill and excitement of gaming through it. Mountain Dew itself is known for its association with nontraditional fields like extreme sports such as parkour, bmx and skateboarding. While energy drinks are known to sponsor eSports tournaments and organizations in Europe and NA, for India this will be a first. 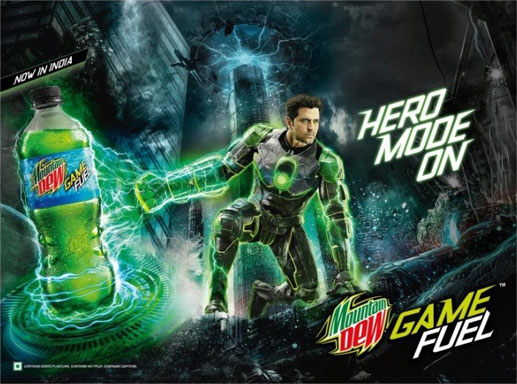 Mountain Dew India has announced a tournament christened the Dew Arena, which features a prizepool of INR 10 lakhs. Titles include Dota 2, CS:GO, FIFA 16, Mortal Kombat X, Forza Motorsport 6 and Kung Fu combat across 2 platforms – PC and Xbox. For Dota 2 and CS:GO the winners will take home 3,00,000 INR, a pretty substantial amount of money. The Dew Arena will last 9 weeks from 22nd July, all the way till 11th September.  In terms of structure, the tournament is divided into 4 online qualifiers whose winners will head to the Dew Arena finale on September 25th to compete for the title of champions.

Game Fuel is going all out with the promotion as they aren’t just stopping here. The best gamers from the Dew Arena will also have a chance to be featured on the Mountain Dew Game Fuel bottles. They have also organized an event to reach more gamers in the form of a 50 city gaming truck activation. Their partnership with Microsoft means there will be giveaways galore not excluding a chance to win an Xbox One every day.

We hope that the companies and the community can continue to build lasting relationships and announcements like this are only the beginning. So buck up and switch on your Hero Mode. The registrations and tournament hosting will be done by ESL but exact details for this are yet to be announced. AFK Gaming will be sure to give you the details as soon as we get em.
About UsContact UsServicesRSS
DisclaimerAdvertise With UsArchiveEditorial Team