Be?ikta? Esports are the winners of DreamHack Showdown Valencia 2019

The DreamHack Showdown Valencia 2019 came to an end yesterday with Be?ikta? Esports walking away as the winners of the female CS:GO event being held as part of DreamHack Valencia 2019.

The all-women Counter-Strike event boasting a prize pool of $100,000 witnessed participation from a total of eight teams, two of which were direct invites while the other six made their way through their respective regional qualifiers. 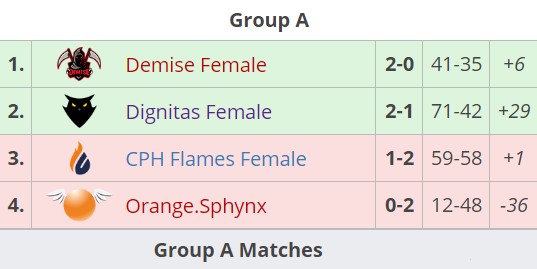 It was a bit of a surprise to see Dignitas Female come second in their group as they are one of the female Counter-Strike teams that is actually quite famous and experienced. Demise Female, the team making its way through the European qualifier impressed everyone with their performance in the group stage as they finished first in Group-A. 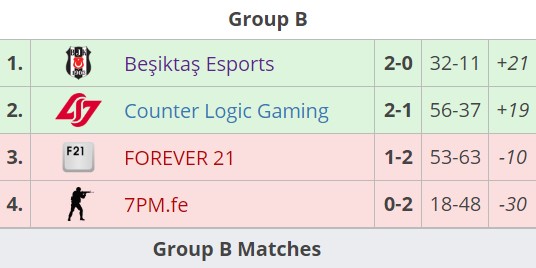 Be?ikta? Esports topped their group, followed by Counter Logic Gaming Red who were coming into the event through the North American qualifier. 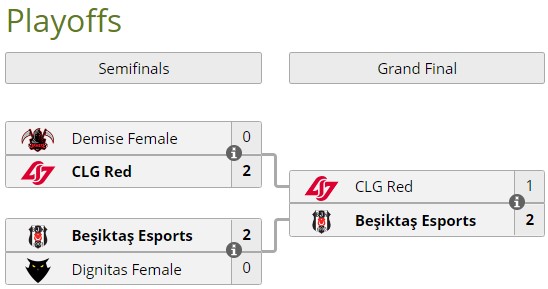 Making it through the group stage the four teams were ready for the final showdown. Be?ikta? Esports was up against a tough opponent, Dignitas Female, but the match was not as exciting as everyone had hoped it to be with Be?ikta? walking away with comfortable back-to-back wins.

On the other hand, Demise Female who had played so well in the group stage were no competition for CLG Red, managing to win a total of only eleven rounds in two matches.

The finale was an all-out brawl with both the teams going at each other with everything that they had to offer. Be?ikta? found victory on CLG’s map whereas CLG took Be?ikta? map to equalise the three-game series. The decider on Inferno was not as close as the other two matches with Be?ikta? outplaying CLG in the first half and then continuing to steal round in the second half to attain victory.

Be?ikta? Esports considered to be one of the best female CS:GO team in the world, lived up to its name as they walked away with a cash prize of $50,000 along with a slot in DreamHack Open Rotterdam 2019 which is scheduled to take place sometime in October, later this year.

It was a successful event and we hope to see more such female Counter-Strike events take place all over the world with increased prize pools and more number of participants from every corner of the globe.

Check out this awesome fragmovie showcasing some of the finest female CS:GO athletes in Asia as they compete at the ZOWIE Divina Women’s Asia Championship 2019.