Back to winning ways - An interview with Acrid

25th, Feb, 2018
One of the most friendly and approachable personalities in the Indian Dota 2 scene, Acrid is a decorated veteran of the scene. While he may have won many LANs in the past, his win in the first season of U Cypher must be one of the sweetest. A true champion at heart, Acrid may have announced his retirement from the game, but certainly not from winning. Anyway, he did come back to write his name on another trophy and hopefully this win inspires many young gamers to keep trying their best. Here we are in conversation with Acrid.

Congratulations Acrid on your hard earned win! When was the last time you won a major trophy and how is this win different from the ones before?

Hey, Shounak thank you so much. I don't properly remember but I guess the last major tournament which I won was IESL Delhi in 2014. And the last one which I played was free2play season 3 Bangalore 2014. I quit pro Dota after that. I've played so many tournaments across India but genuinely I never had so much fun before. U Cypher is so special to me, not just because I won but this time it was so different. It was not just Dota 2 this time for me, I had 3 other games to look after. And 13 other teammates instead of 5.
What do you think is the one thing that the Yakshas had that all the other teams lacked?

According to me one thing which Yakshas had was Brotherhood. Our bond was super strong and over the period it got stronger. And apart from that there was this one common quality in all 14 members of Yakshas and it was that they all were super passionate for their game. And everybody was a winner ;) 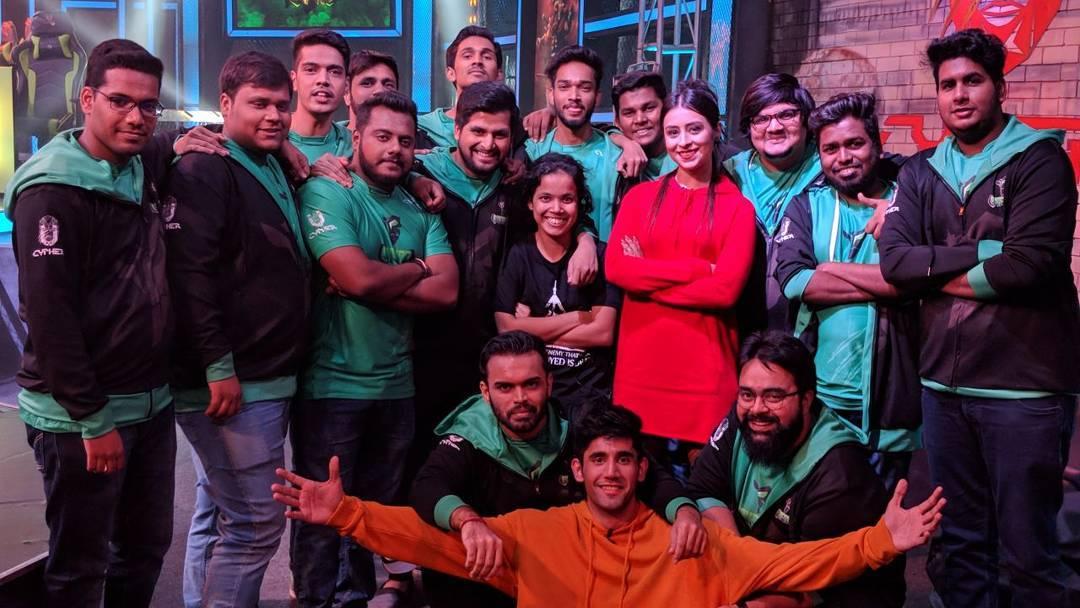 You mentioned recently in a post that many of the other players and teams were hating on the Yakshas in the finals? Why do you think that was?

OK there are various reasons for that. First it would be jealousy cause many gamers were not happy seeing us in finals. Second was that most of the CSGO players were supporting Ritesh which I think is fair. And some players had problem with Kapish aka Skadoosh but I think it was just an excuse cause you can't hate on whole team just because of 1 player. But our win was enough to make them shut their mouths.
Who do you think is the MVP from your team and was an integral part of your journey in the first season of U Cypher?

For me all the 13 players were equally important. Dota legend YYF had quoted this 'There are no best players, there are best teams. And my team is the best team' and I believe in that. But I want to give a special thank to Shubham 'iBot' More because this guy did not even know about esports. And he performed like a rockstar on the sets of U Cypher.
Your CS team didn't have the best of seasons and even lost the first game in the finals. However, they held on in the tiebreaker and managed to win the game for you! What did you tell them before the final map?

My CSGO team had a rocky start but I had always believed in them. Under the leadership of Kapish aka Skadoosh and experience of Hasnain Impale and fresh raw talent of Starbooy, Mantri, Recoilmaster and Revolt I knew they can pull it off. When we went into the tie breaker, before the toss I had word with my whole squad and we had decided that if we win the toss we would pick Dota 2 beccause we were more confident with Dota but I was equally confident with CSGO as well cause we had defeated Sherdils in the round robin stage I just told my team whatever happens in the coin toss we are winning U Cypher, nobody can take this away from us.
On the other hand, your Dota team had a superb season and you yourself were quite impressive on the carry position. What do you think the Yakshas got right in Dota?

With fresh talents like Vivek vP, Saurabh Appa, Akshay Khalnayak and Asif Freak and the amount of experience Punk and I had. We were super confident going into the round robin stage. The day the auction was done and the teams were ready, the very next day my whole Dota squad was on LAN for practice. I was lucky to have such dedicated and passionate players in my team. We did not take a break and practiced online every single day and met on LAN a total of 9 times. Punk and I were coming back to competitive gaming after 3 years, so we knew we had to put extra efforts to polish our game and to match up with all the new kids and their talent.
How did the Yakshas celebrate the victory?

Apart from going crazy at U Cypher after party. My whole squad went for a trip to Lonavala where we partied like monsters. And we are still celebrating and partying whenever we get time to meet.

Overall what are your thoughts on the show and the format and more specifically the televised parts? What changes would you like to see in the second season?

U Cypher is the best thing that has happened to me. The concept was new for everyone, 4 different games on 3 different platforms and the reason for doing it this way was that so we could connect to every gamer in India whether it be PC, Console or phone. And about the show people should understand it was season 1 and it was more about spreading awareness about esports in India. I know many gamers are complaining that they wanted to see the whole gameplay which is quite difficult to do in 1 hour time slot. But U Sports is definitely trying to make it a live show in future. For season 2 I just want more gamers, more new talents so we could have more quality games. And I want to add something very special about U Cypher which I haven't seen in any other tournament in India, all the 84 players were treated equally whether it be the captain or the substitute. The amount of respect gamers got there was incomparable. And I love them for that.
How did your friends and family react to you being on MTV? Was it awkward seeing yourself on television?

My friends and family has always been supportive towards esports. And of course they were super proud to see me on MTV doing what I love the most. And now that my team has won they feel even prouder. And no it wasn't awkward seeing myself on television.

What are your plans for the immediate future and are there any plans to return to competitive gaming?

I really hope that I get to be the part of season 2. Cause nobody wants to miss it. And yes I'm thinking of getting back into competitive gaming but there's a little time cause I need to grind a lot of Dota to get back where I was 3 years ago.

Thanks again for your time and wish you all the success in the future. Do you have any shoutouts to give?

Thanks Shounak, and of course there are shoutouts.
First of all I would like to give shout out to my family and friends for being super supportive always. And to all my team mates who worked so hard for this cause without you guys this wouldn't have been possible. And shoutouts to everyone who supported us. Last but not the least, shoutout to Mr.Ronnie Screwvala, Mr. Supratik Sen, Mr.Shahen Hansotia and my man Amar Ratnam and the whole team of U Sports for making this possible for every gamer in India. Thank you guys for showing trust in esports.

Incase you missed it, here's how the Yakshas lifted the trophy at season 1 of U Cypher.
About UsContact UsServicesRSS
DisclaimerAdvertise With UsArchiveEditorial Team