The first day of the ESL Pro League S9 - Finals has come to an end here in Montpellier, France. It was a day of both rejoice and sadness, with Astralis and NRG Esports reaching the Upper Bracket Finals of Group-A while we witnessed Liquid go down to the Lower Bracket after being roughed up by North.

The day also saw Grayhound and DETONA Gaming bid farewell to the event as they take the last ranks securing a sum of $14,000 and one hell of an experience.

After all the teams got in on the action and Group-A proceeded with a few extra rounds, this is how the two groups currently stand. 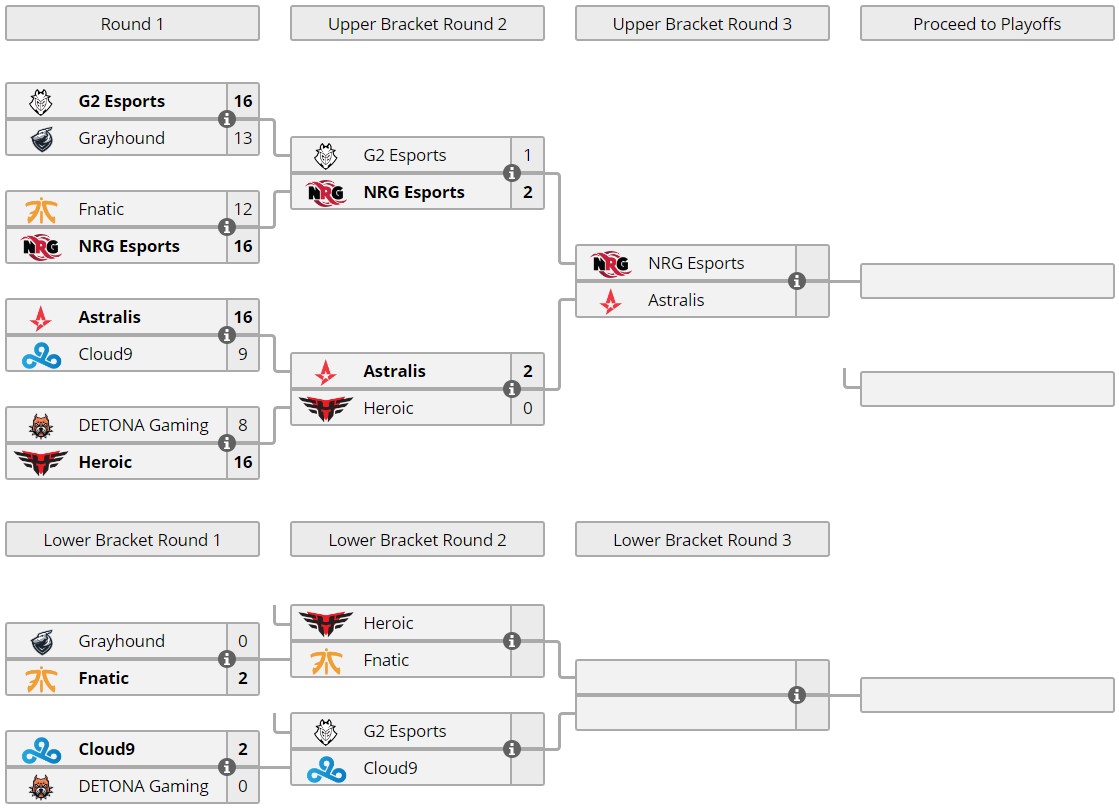 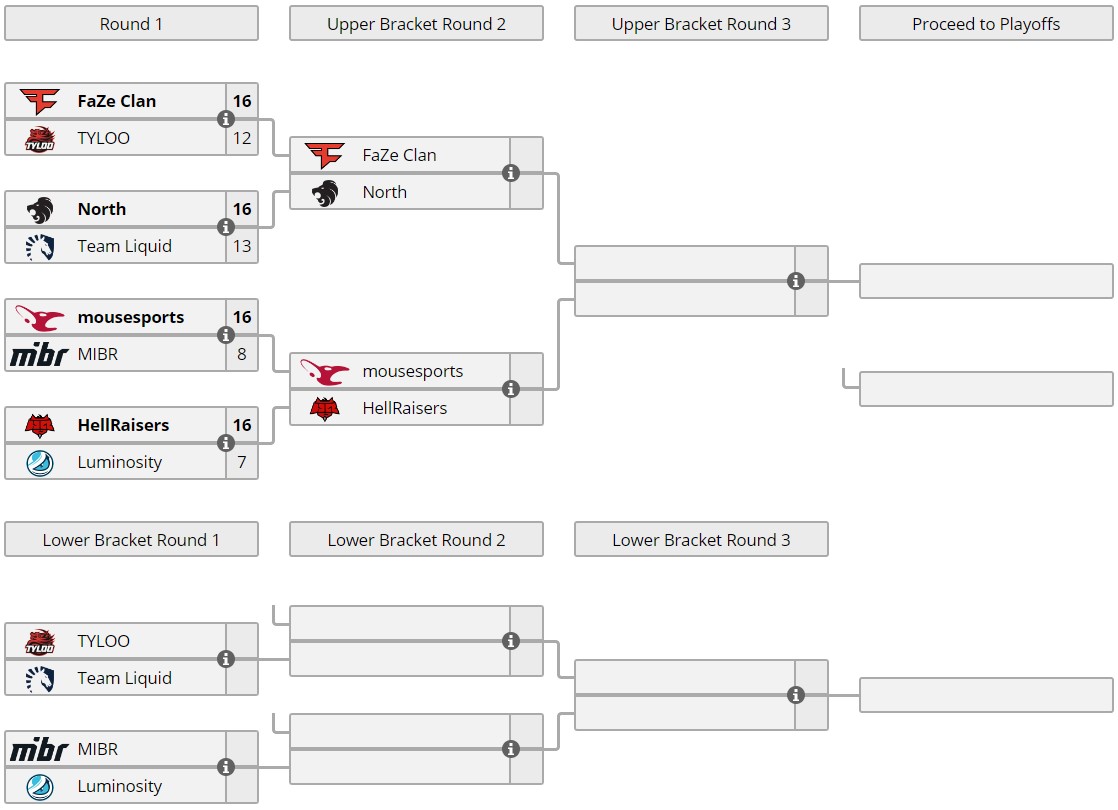 None For The Underdogs

Grayhound started off really well against G2 Esports and after giving them a stiff fight on Nuke went down with to the Lower Bracket with many seeing a glimmer of hope for the team. But they were running dry on luck as Fnatic cleaned them up in back-to-back maps to eliminate them from the tournament.

Tyloo dealt with a lot, as FaZe were the hot topic of the day, stirring things up and sparking a lot of discussions. They surely beat Tyloo but the Chinamen did not go down easy, as they were able to make FaZe break a sweat or two before moving down to the Lower Bracket.

Detona Gaming followed soon after having lost to Heroic to drop down in the double-elimination bracket before being sent home packing by Cloud 9, who claimed the fastest best-of-three for the day.

Though the winter is gone North still held its ground, defeating the number one ranked team in counter-strike on Dust 2. The match was close but Team Liquid are riding on really high expectations and it was a bit of a bummer to see them go down like that.

Both MIBR and Luminosity were dunked upon by their opponents, it was not at all competitive as Mousesports made short work of MIBR on Inferno while Luminosity struggled to get a grip on HellRaisers on Mirage.

MIBR are still following down the same path and there seems to be no improvement in the roster. But at least we have a derby match on our hands and to make things even more interesting it is going to be an elimination face-off.

To The Upper Bracket Finals

Astralis were back to their former selves after defeating both C9 and Heroic in three straight matches to race up to the finals. They handled the curveball vertigo map quite well, showing us all how to play an aggressive CT-side while being both class and smart.

NRG will be there to rival them tomorrow after taking down the Swiss giants, Fnatic and then facing an adamant G2 in a three-match series which took up quite a lot of time. Edging past them after winning two back-to-back overtime matches, they seem to be a bit shaken up but ready for Astralis.

That was all the action that went down on the first day of the tournament. With more eliminations and finalists heading our way tomorrow it is going to be a blast and another day full of some action-packed counter-strike.

What are your predictions for the losers and the winners?