This weekend is going to be huge as two ZOWIE eXTREMESLAND 2018 - Regional Qualifiers will be held. The Thailand Qualifier Finals along with the Singapore Qualifier Finals will be taking place on the 22nd and 23rd of September.

The winning team will be flying out to Shanghai to participate in the Main Event to represent Thailand/Singapore while competing for the $100,000 USD prize pool.

The LAN Finals will witness 8 teams participating in the event, four of which will be direct invites while the remaining four have qualified through the open qualifiers.

The teams participating in the event are as follows: 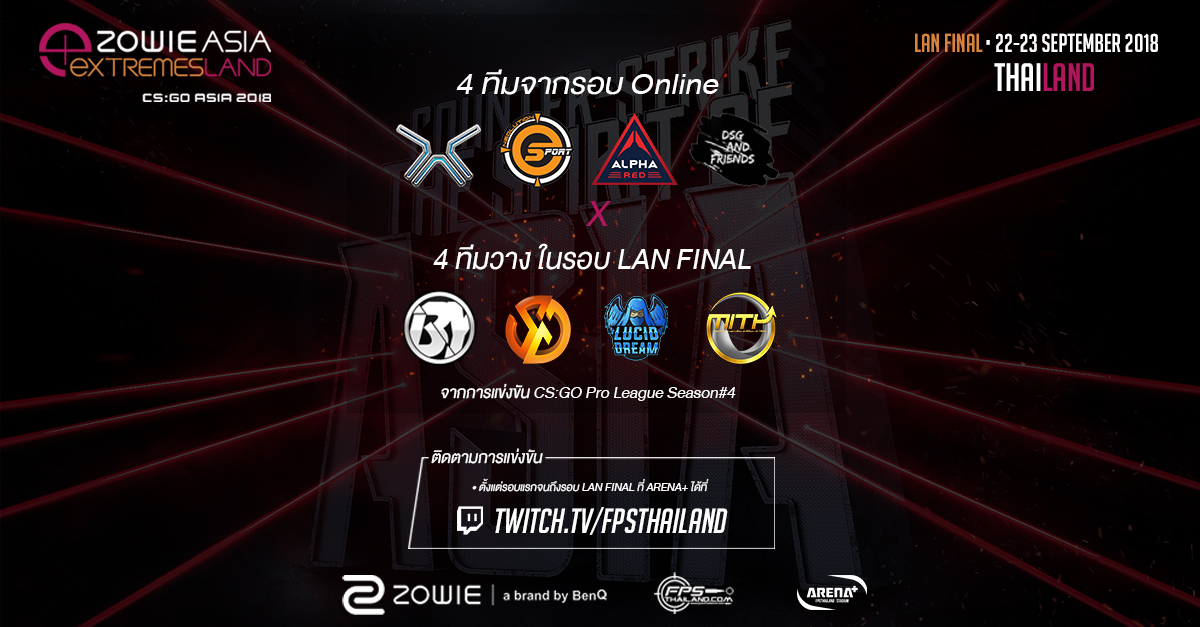 The schedule for the match-ups is as follows:

The matches will be streamed live at Twitch.tv/fpsthailand

The four teams participating in the tournament are:

The event is being sponsored and managed by Gam3.Asia, who have planned out a double elimination BO3 format for the tournament.

The schedule for the matches are as follows:

Stay tuned as we bring you all the action taking place over the weekend on ZOWIE eXTREMESLAND Regional Qualifiers along with the FACEIT London Majors 2018.
About UsContact UsServicesRSS
DisclaimerAdvertise With UsArchiveEditorial Team