Artifact has finally received its first update. Artifact: Call to the Arms - Version 1.1 was released by Valve earlier today in what looks like one of the first moves to gain back Artifact’s dwindling player base.

Valve have improved accessibility, introduced chat wheels and has also introduced several new features, game modes, and more with this update. Here’s an elaboration of everything that Valve has shipped with this 80 MB update. 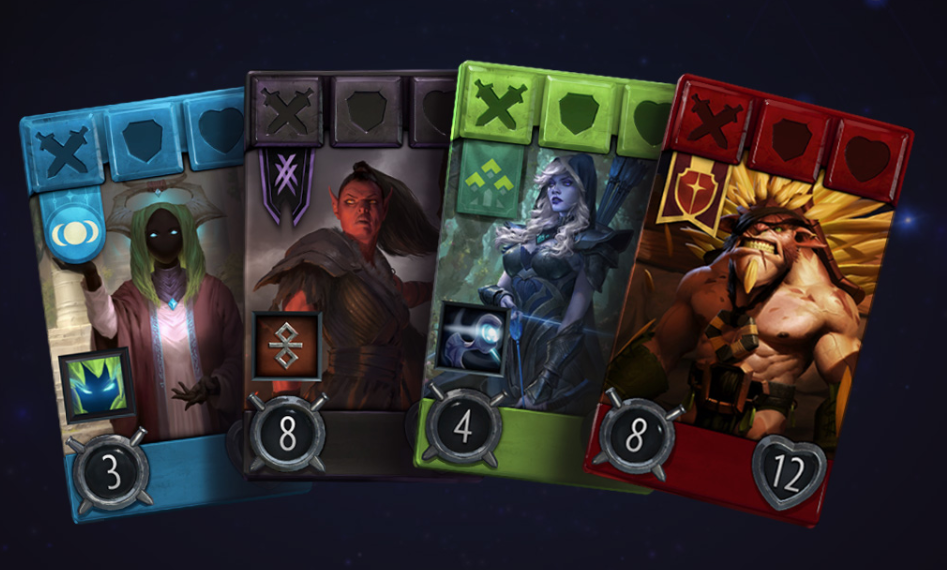 The colourblind mode was one of the glaring missing features in Artifact. While players could work around it, the fact was that there wasn’t an inbuilt fix for it. The issue lay, with the green and red colours, which were difficult to distinguish for colour blind players.

To combat this, Valve has “greatly increased” colour saturation so players can tell them apart more easily. In addition, 'card icons' have been added to the top left part of each card, and will help identify the colour.

The other new feature is various chat options. For those who want to keep it simple, the players can now make their cards speak, send private messages to players or utter voice lines. 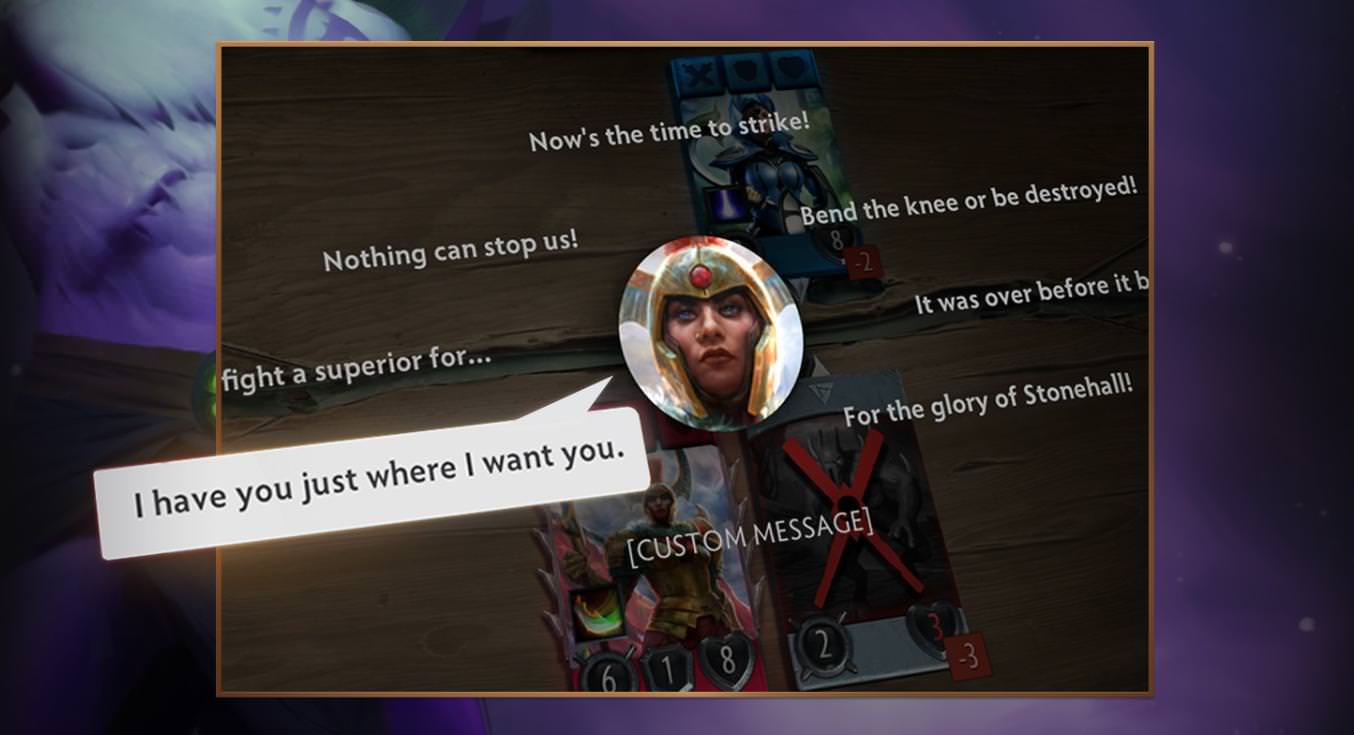 Expansion to The Call to Arms deck

The update also brings 2 new Decks for the Call to Arms gauntlet: A mono-blue deck called ‘Death from above’ as well as a mono-black deck called ‘Dark Aggro’. 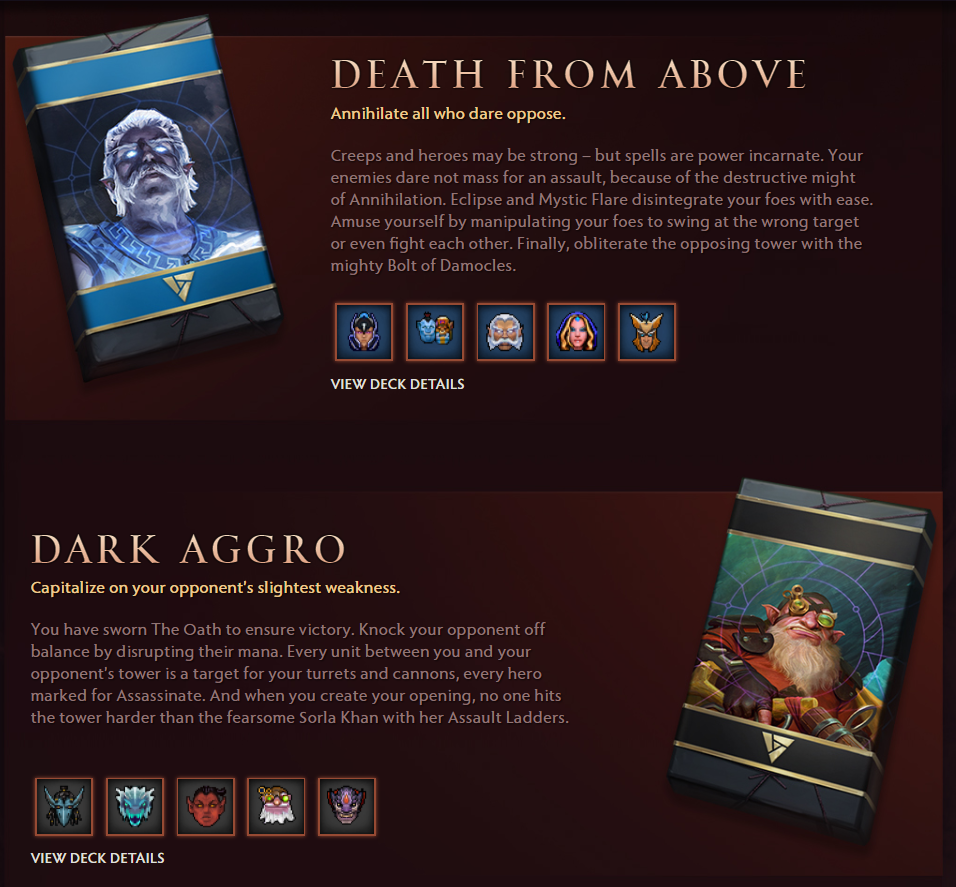 They’ve also added a new mode called ‘Random Mode’ which picks a random Call to Arms pre-con deck for players. You can also show off your win-streaks and measure yourselves against your friends or globally with the newly added ‘Leaderboards’ 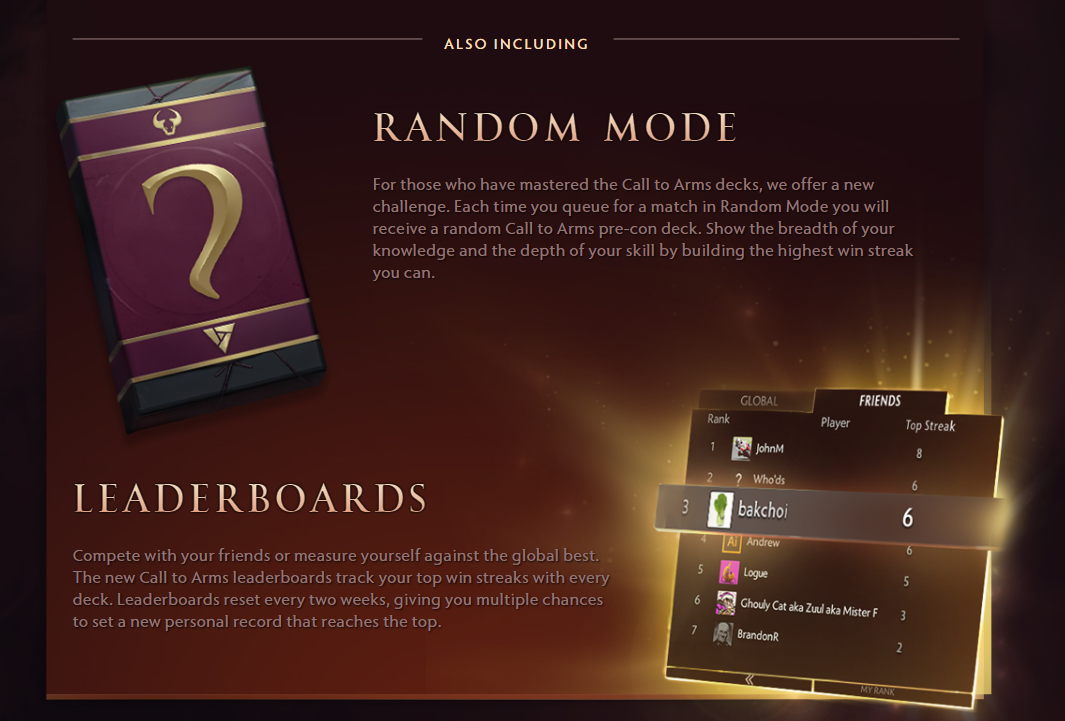 There are also new features for tournament types, including

The update also promised further changes to the game in the next update which will include ‘a skill-based progression system’, which implies that ranked matchmaking will be making it’s way to Artifact.

Will these changes can stem the bleeding of the playerbase, and perhaps expand on it? Or is Valve too late? We’ll have to wait to find out.