Artifact has appeared on the Steam Store 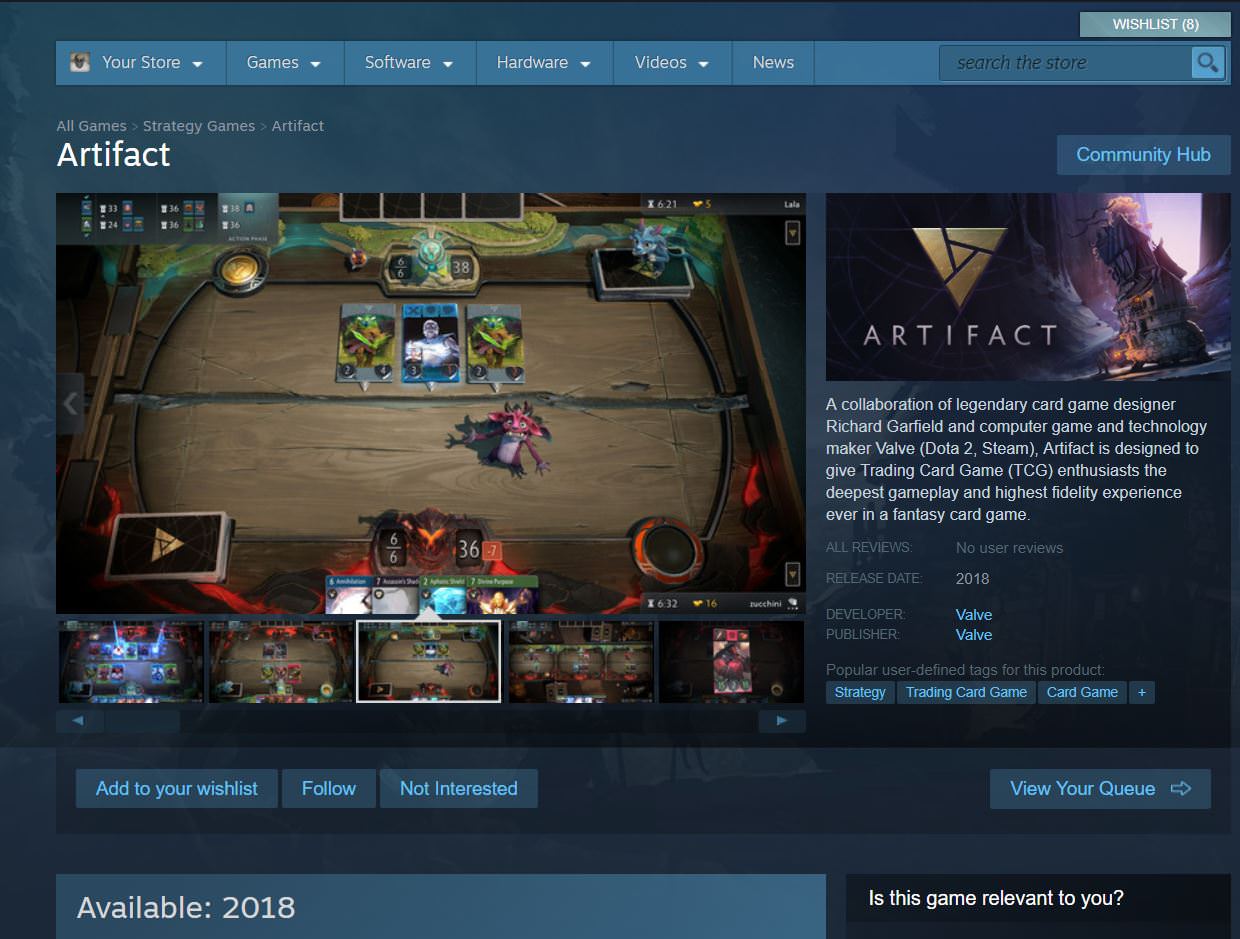 When the listing was added, it had a release date of Dec. 27—but that was quickly removed and changed to simply 2018.

SirBelvedere, a prominent Dota 2 community member, speculated that the two dates are very likely to be simple placeholders and not actually days that are set in stone. Given Valve’s infamous history with release dates, this means that it's not guaranteed that Artifact will be released this year.

The Reddit Dota 2 community has been hypothesizing that beta keys could be bundled with the Battle Pass or compendium for The International 8, which would in all likelihood push the International Prizepool to higher heights.

Currently, Artifact is in its closed beta phase, with the beta client made available for play to industry insiders, a select few media outlets, and professional players of existing CCG titles such as Hearthstone, Magic: the Gathering Online, and Gwent.

No announcement of an open beta phase has been made as of yet, though Valve did say at a press conference two weeks ago that a mobile version of the game is scheduled for release in 2019. At the event, Valve showed off the game and its development to invited industry insiders and press. The game has received positive reviews from all of them and has become one of the most awaited games of the year.
About UsContact UsServicesRSS
DisclaimerAdvertise With UsArchiveEditorial Team