7o, Jun, 2016
The first of the six starter cups for the ESL India Premiership concluded on Sunday and over the last 3 action packed weeks we were treated to some wonderful eSports action across Dota 2, Counter Strike Global Offensive as well as Hearthstone. The dedication of all the admins, organizers and casters is appreciated and the enthusiasm and commitment shown by the teams and players is very encouraging to see.

150 teams signed up for the CS:GO tournament, 180 for the Dota 2 and 67 players for Hearthstone. Quite a decent turnout from the Indian eSports community. The starter cup lasted 3 weeks and it all boiled down to an action packed Sunday as 3 new champions were crowned. While fans were bored of the usual Indian teams battling it out for peanuts in regular LAN’s and Online Cups, it was very refreshing to see the presence of Pakistani, Bangladeshi, Sri Lankan as well as SEA teams across all 3 titles. Let’s take a quick look at how things went down.

A big surprise as the star studded lineup of Scorchers withdrew in the first round itself but there was no lacking in terms of talent as Brutality, Invisible Wings, MxB, Simplex, Destructive 5 and Overcome were all in the running. It came as no surprise as Brutality charged straight through to the finals with relative ease as they were tournament favorites. MxB suffered a shock loss quite early to Morbid Gaming on the other hand. But it was IW 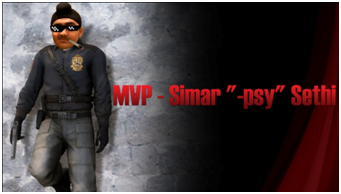 who stole our hearts with breathtaking displays, knocking out Pakistani powerhouse Insanity, Team Overcome as well and Simplex in consecutive rounds to reach the finals. Simar “psy” Sethi’s addition to the squad has come as a blessing as he led his team from the front with exceptional shot calling and stellar individual performance. The bo3 was a nail biting affair as it went down to the 3rd map where Brutality triumphed over IW. The right mix of teamplay, experience and individual skill powered this veteran squad right to the top.

Dota 2 had a lot of good teams, especially from outside. Barring the 2 Indian powerhouses, Beyond Infinity and Invisible Wings, Team Envy from Pakistan, Chapati Slayers from Sri Lanka and Power Gaming from Malaysia were all touted as potential finalists in this event. BI and IW started on opposite sides of the bracket and both made it to the finals with relative ease. BI were in top form as they had recently beaten IW on LAN in Havoked, Pune and knocked out Power Gaming, who boasted the likes of ddz (number 1 in the SEA leaderboards then). However a spot of controversy in the finals left a slightly bitter taste in an otherwise fantastically organized event. Invisible Wing had internet problems in their gaming house on the day of the finals, an issue which constantly plagues the Indian eSports scene. The organizers instead of a def loss called for a dq on IW and instead semi finalists Accelerate were given the runners up position.

"We were honestly surprised by the turn of events which led us to get the second place in ESL IP, I personally think IW should have got the second place, but I'm obviously happy for us as well."
-Aditya "AzZy" Vaidya from Accelerate


Winners : Beyond Infinity
Runners Up : Accelerate

This strategy based card game has been rocking the charts globally and it’s casual style and gameplay coupled with intense deck building strategies makes this game an instant hit. While its growth in India is comparatively slow, the Indian Hearthstone community rallied together to make the event a success. Being one of the first Hearthstone community no one was sure about what to expect, but overall reception as well as response has been positive. Nakib from Bangladesh took the first place with top notch play while PhoboManiac from Mongolia came in second. Some interesting deck builds were on display as both Murloc Paladin and C’thun Mage were used by Nakib. 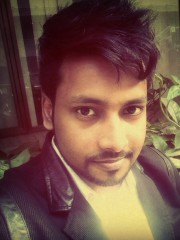 Nakib from Bangladesh won the inaugral starter cup
Can only get better
With these results we come to the end of the first starter cup. All is not lost for the others as the second starter cup is about to start from 13th June. Scorchers have now reformed into Team Wolves and will be looking to make a statement. Invisible Wings will also be looking to take top spot in the Dota 2 sphere as Power Gaming and Envy also are in the running. Hopefully all the teams will be able to learn and improve on their mistakes and look to make a strong showing in the next cup. New teams as well as those that did not make it can register again and try their luck. So if you have what it takes, head on over to the ESL India premiership website and join in on the action.