A clean sweep for the Marksmen

25o, Jan, 2018
Venom’s Marksmen really came into a whole new element in today’s episode, delivering a performance that was a first of its kind on U Cypher. They took the win in all 4 titles and secured themselves 16 points, the maximum possible in a match, to go atop the leader board table.

The night will be one to forget for Kappa and co as they ran head first into a brick wall and the lost points will be something they’ll regret in the coming weeks. The Marksmen started off on the front foot, winning 6 points of the available 16 by thrashing the Akramaks in both the console and mobile titles. 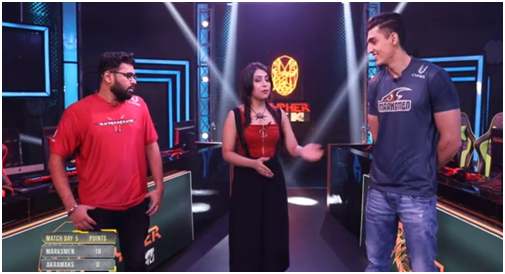 It’s not often that you see Venom with the highest frags for his team, but that’s exactly what the Marksmen needed to push themselves over the line. Rix on the AWP had a very good showing as well as the veteran trio of Mithil, Manan and Kappa were unable to pull out the big guns in overtime. This is the second win for the Marksmen in CS:GO and inferno seems to be their strongest map at the moment. It’s likely that teams start noticing the pattern from next time around.

Akramaks definitely don’t have the strongest Dota 2 side and the Marksmen took full advantage of that, using experience and skill to down their opponents. Akramaks’s decision to field both the Sniper and the Anti Mage turned out to be too greedy and the Marksmen read the game correctly. Grouping up early, they teared down objectives not letting the Akramaks build up their late game items. The Pugna + Viper combo coming out from the Marksmen was just too much for an underfarmed Sniper and Anti Mage to deal with and the gg was forced.

With these 2 victories, Akramaks conceded any hope of taking some points from yesterdays match and will now look to the next set of games to try and work their way up. They definitely will need to do some homework and try and shake off the loss as it is a long season.

In today’s episode, the Crusaders look to kick things off after a disappointing first game against the Sherdils. Both teams lost their CS:GO matches and won their Dota 2 ones, so it’s going to be an interesting clash for sure. The episode goes live at 10 only on MTV.