A chance for a college Dota 2 team to battle OG

4th, May, 2018
Image sourced from Mineski.net
The idea is simple—emulate the success of a regular esports tournament, but with a slight twist: participants will play under the names of their colleges rather than just their own team name. The event is dubbed Duel 2018: Road to Impetus, spearheaded by the University of the Philippines Gaming Guild (UPGG), a student organization formed in 2016.

The winner of the tournament gets to play against one of the best Dota 2 teams in history, multi-time major Champions, OG. 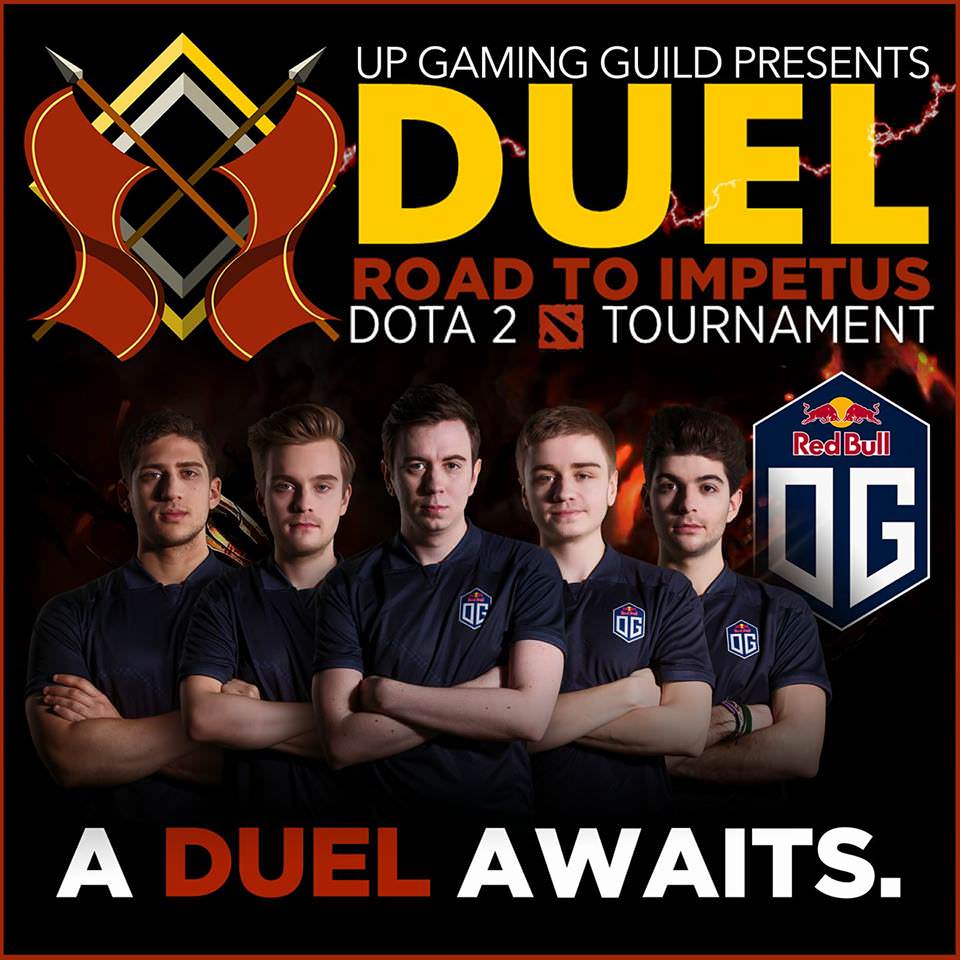 32 teams, 4 from each of the eight UAAP member schools invited, will be battling it out over the course of 3 weeks in a single-elimination bracket. While the prizes at stake aren’t monetary, they’re still very much sort after. A direct invite to the finals of their respective school’s qualifiers for IMPETUS 2018, and a chance to play against OG.

Only teams from these eight University Athletics Association of the Philippines(UAAP) member schools are eligible to register for this event:
You can register for the event HERE on or before May 5th 2018.
About UsContact UsServicesRSS
DisclaimerAdvertise With UsArchiveEditorial Team