A brief recap of the Winter Season Finale: Group Stage

The first day of CS: GO was a roller-coaster ride! While some of the matches and moves made by teams were questionable, the other matches had us on the edge of our seats all the time. Here’s what went down yesterday

We did not expect any different. Team WAR and Phoenix were able to put up a valiant fight against 2ez, but succumbed to t1to’s beast-like fragging, who was on fire all day. SpawN and ShinChan made the workload lighter as 2ez was able to sell their fakes pretty well, making their opponents run around, over-rotate and make several mistakes. They were able to get a pretty good read on the team, bait them into making mistakes and punish them for it. They won 16-10, both against WAR and Phoenix; securing their spot in the Semi-Final. 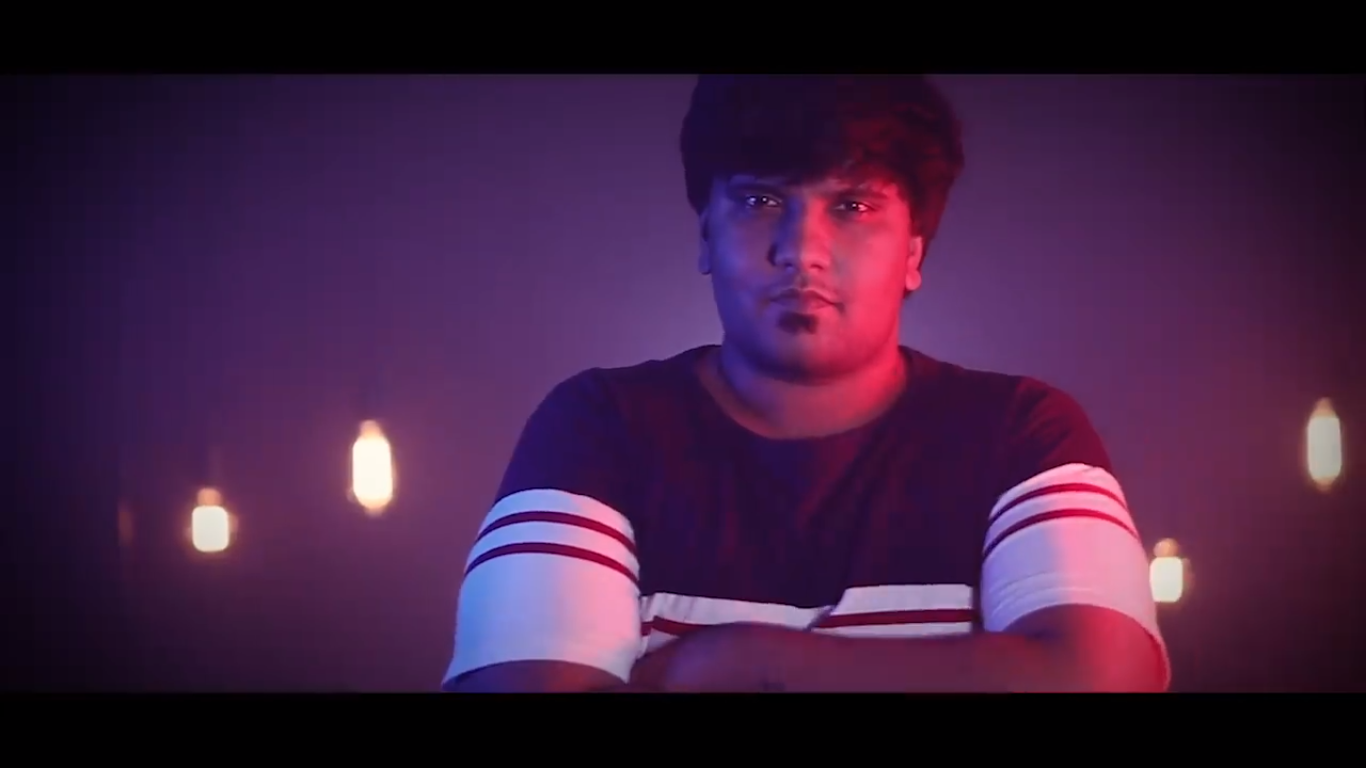 Phoenix was somehow able to overpower Team VACBanned in a rather shabby match. Both teams made several mistakes which could have been easily avoided. There were several instances where both teams panicked and ended up cancelling out their teammate’s Molotov with a bad smoke, or screwed up the rush by stopping or getting flashed. However, this made the match pretty intense as Phoenix beat them 16-14.

The loser bracket match between WAR and VACBanned was a similar story. While VACBanned’s freaky was dishing out some pretty good punishment, ill-fated rotates and the team’s inability to establish enough map control lost them the match.

Phoenix and WAR finally duked it out in the decider match, where Phoenix once again won 16-14 with a very small margin and were able to qualify for the Semi-Finals. They will need to work harder if they want to make an impact in the Semi-finals.

Group B can rightly be called ‘Group of Death’. 3 of the best teams of the country made for an absolute banger of a day full of CS: GO. This group was much more interesting to watch than Group A.

Entity beat SemperX 16-11 on Inferno with some pretty good Counter-Strike. While SemperX made some pretty good plays individually, they were unable to seal the deal as HellrangeR and co. simply outsmarted them in terms of map control. Entity’s T side was really good to watch as they quickly took mid control pretty early in the round, but instead of going for A site, they decided to toy around with SemperX. While the rest of the team faked B, Marzil’s god-like lurking at mid and arches made sure that SemperX could not rotate freely. Pincer movements and effective lurking by Marzil squeezed the life out of SemperX while Psy and Amaterasu went ham over entry-frags. 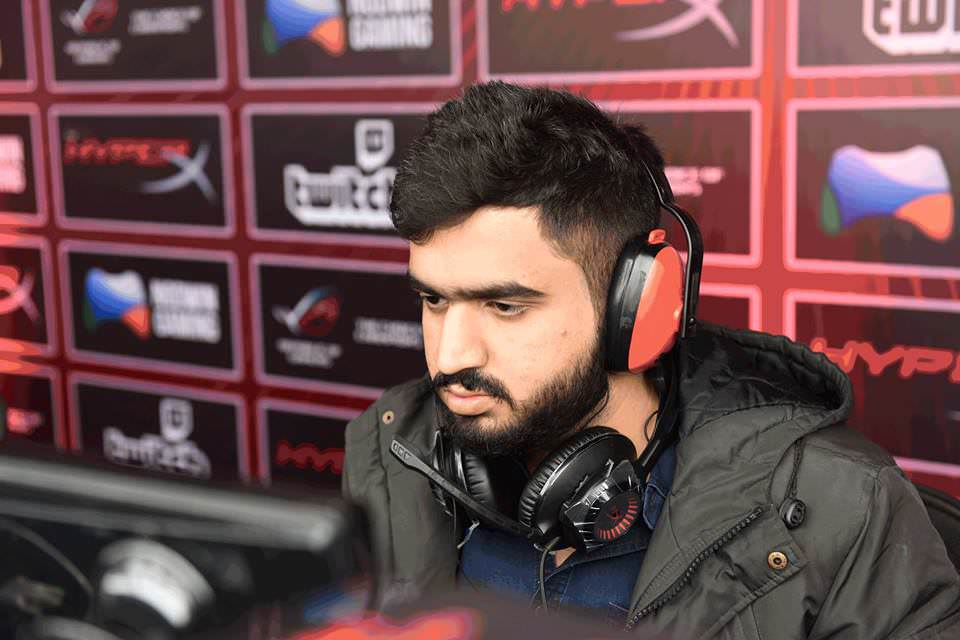 JMD vs. Entity was the most intense match of the day. JMD was down 2-9, when they started mounting a great comeback. They shut down Entity’s T side very well on Mirage, not letting them enter ANY site at all. They made some risky plays by occasionally pushing mid or underpass, or sometimes pushing palace to get info. The addition of Antidote in JMD has pumped up their performance exponentially. Pumped it up enough to make Entity sweat on Mirage, which according to HellrangeR, is their favourite map. Amaterasu really stepped up in terms of raw firepower and gave Entity the final push they needed to win. 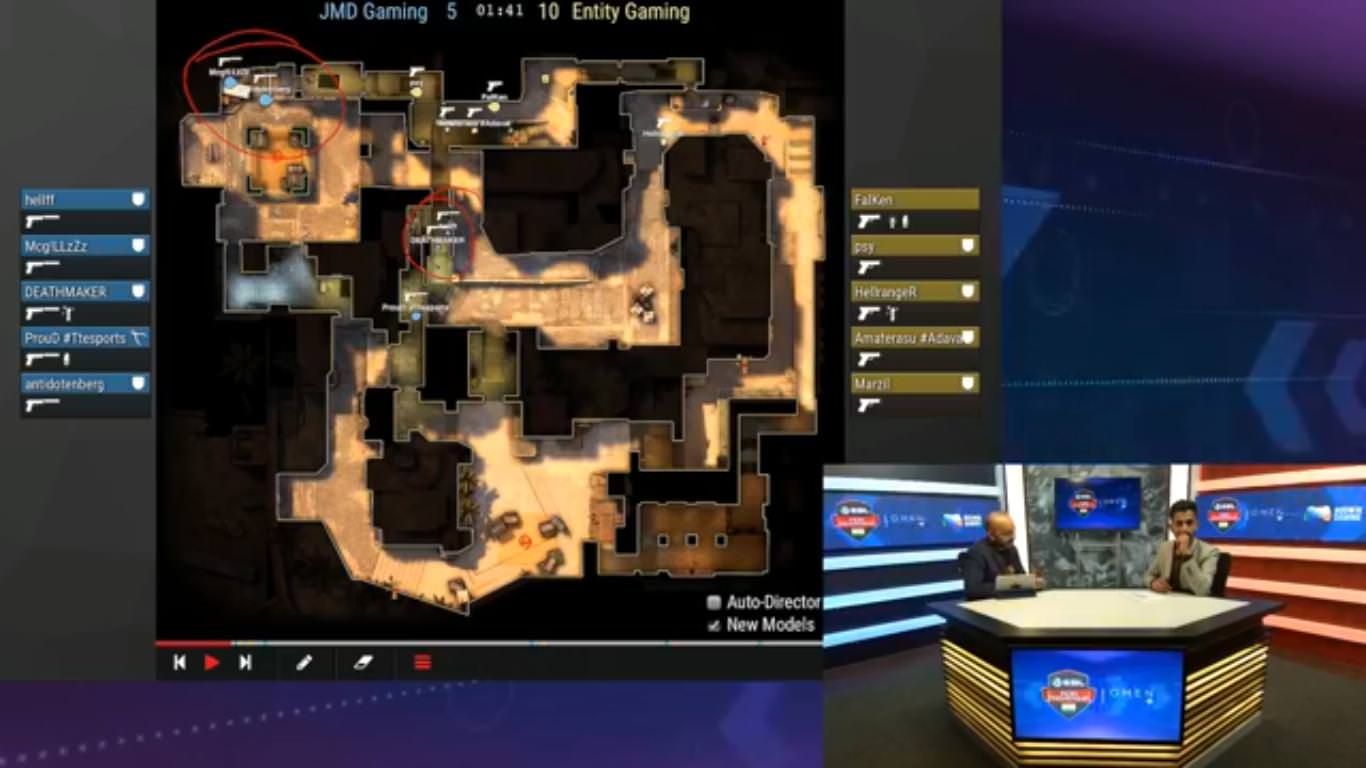 Indian Gamers failed to hold their footing and were blown away like a matchstick in a storm against JMD and SemperX.

JMD and SemperX faced each other in the decider match at wee hours in the night. Inferno turned out to be SemperX’s grave as JMD buried them 16-11 to qualify for the semi-finals. Manan showed us some pretty sick triple kills and spraydowns at mid and library, while Impale made pretty good flanks by pushing alt-mid at times and backstab JMD. However, it was not enough for them to secure victory. Antidote had been carrying JMD all this while, but in this match the other players awakened their inner demons as well. Mcgillz and Deathmaker made some ballsy cyka-blyat style rushes on T side and mowed down the defenders.

It feels good to have the ESL India Premiership 2017 up and running in full swing. Yesterday gave us a long awaited dose of good Dota. While the action doesn't resume until Friday, here's a short recap of what went down.

RoG Titans cruise to become Top Seed of Group A 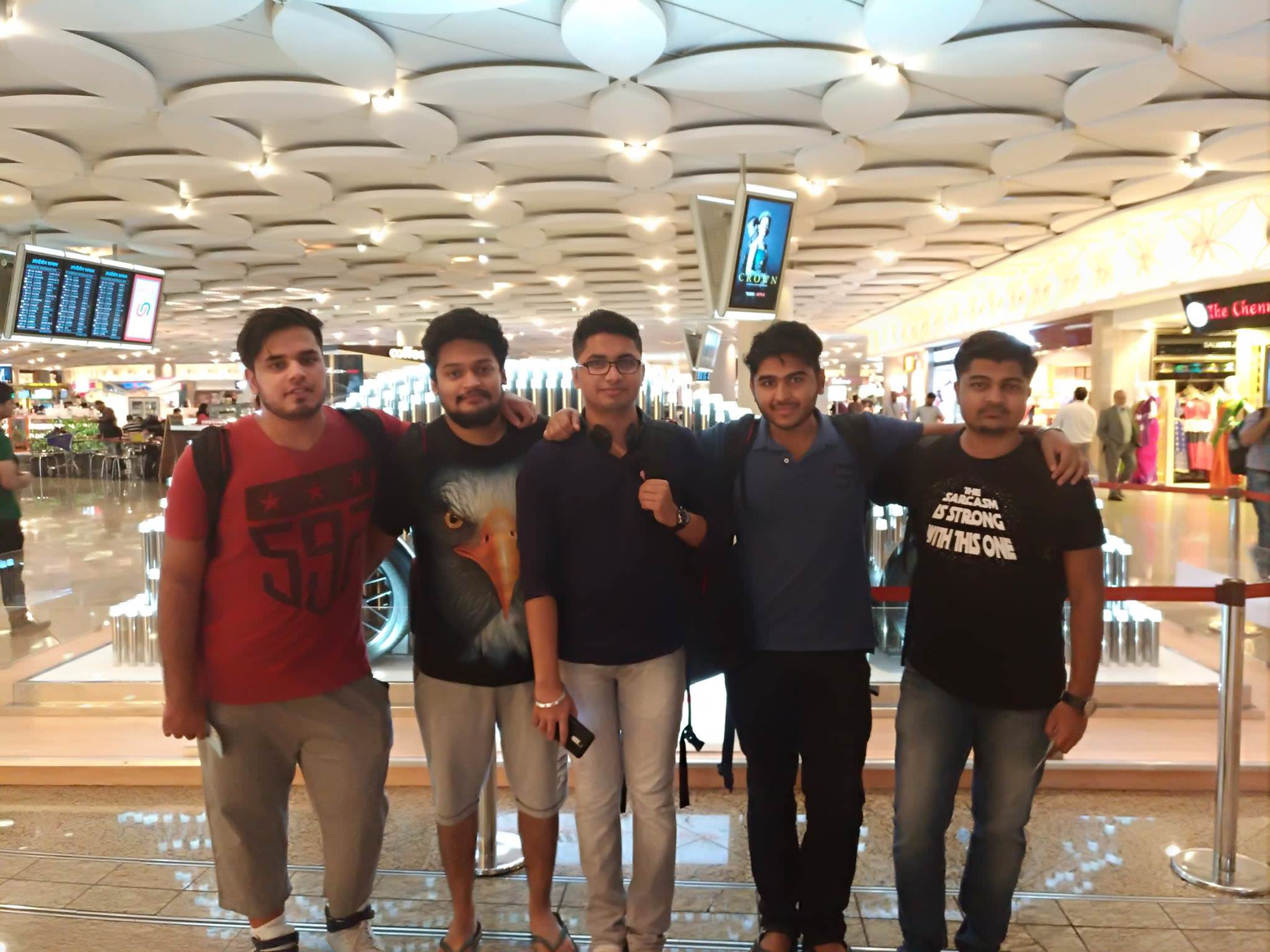 Going into the Winter Season Finale, RoG Titans were one of the favorites alongside Team Signify with an undefeated record in the ESL India Premiership 2017. They sought to continue to stay undefeated, in the group stage, and they did. They were very dominant against Nefarious in their first match of the day picking up an aggressive lineup which was knit together by Jeet ‘Sw1fty’ Kundra’s Outworld Devourer

Their next game against Akatsuki was a harder fight, but RoG Titans secured their victory thanks to yet another Beyond Godlike performance by Sw1fty on his Invoker. Darshan ‘A35’ Bata was also very impressive across both games first as the Puck and then as the OmniKnight.

Akatsuki comfortably make it to the Playoffs

At the end of the day, Akatsuki lost to a team that looks like it is on an entirely different tier in the Indian scene along with Signify and Wipeout Gaming. They shouldn’t be too disappointed with that.

Akatsuki beat Alpha Gaming quite convincingly in their first match of the day with a push centric lineup featuring Sagar ‘Madara’ KC’s Luna and Sumeet ‘Dreamy’ Shrestha’s Death Prophet. They would later get defeated at the hands of RoG Titans to fight it out in the Elimination Match against Alpha Gaming once again. 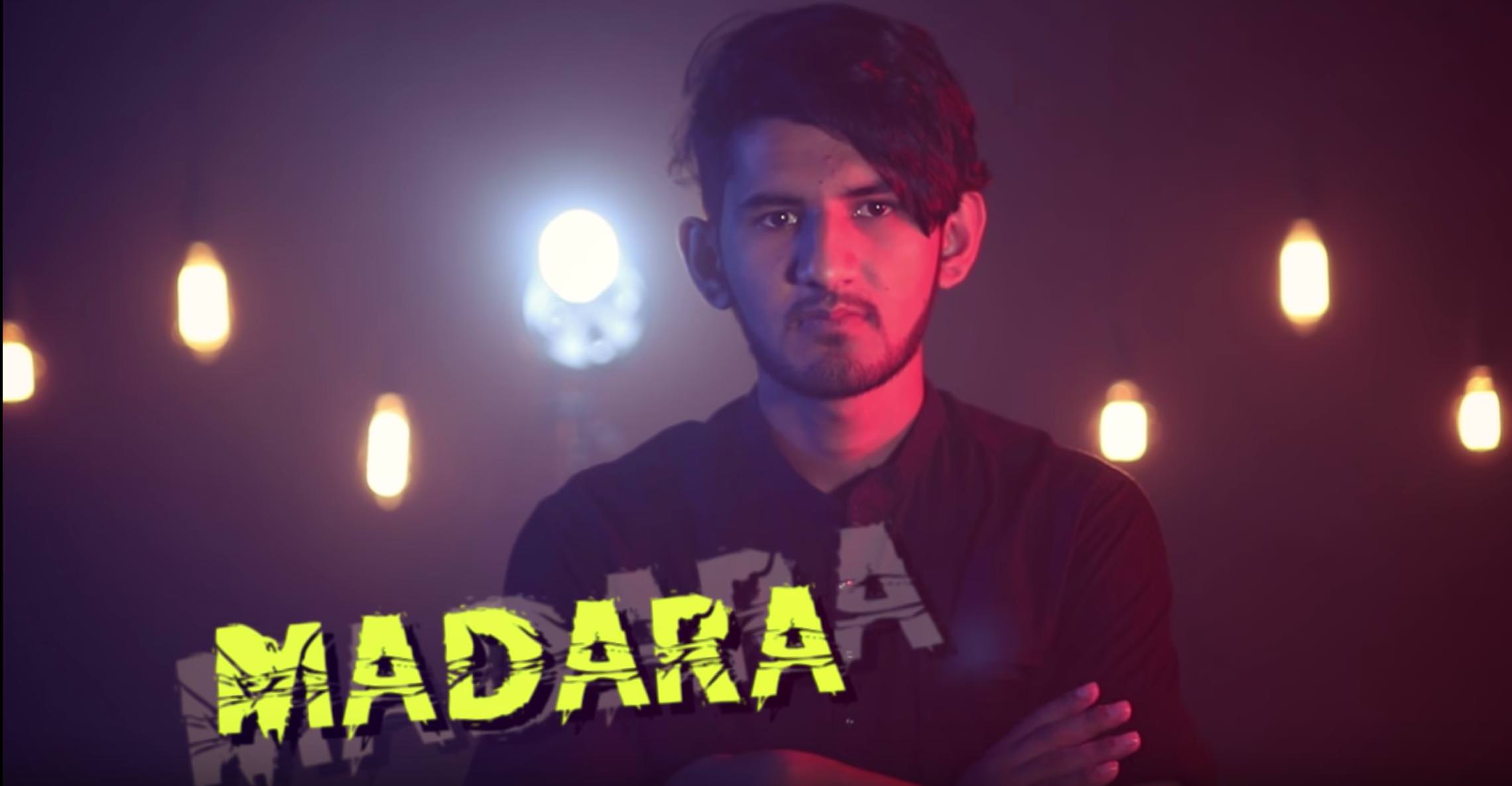 They completely rolled over Alpha Gaming in what ended up being a sub 15 minute raxing despite running a Medusa lineup and qualified for the Main event. The bottom two teams in this group, Alpha Gaming, and Nefarious had disappointing results to say the least and have been eliminated from the Winter Season Finale. 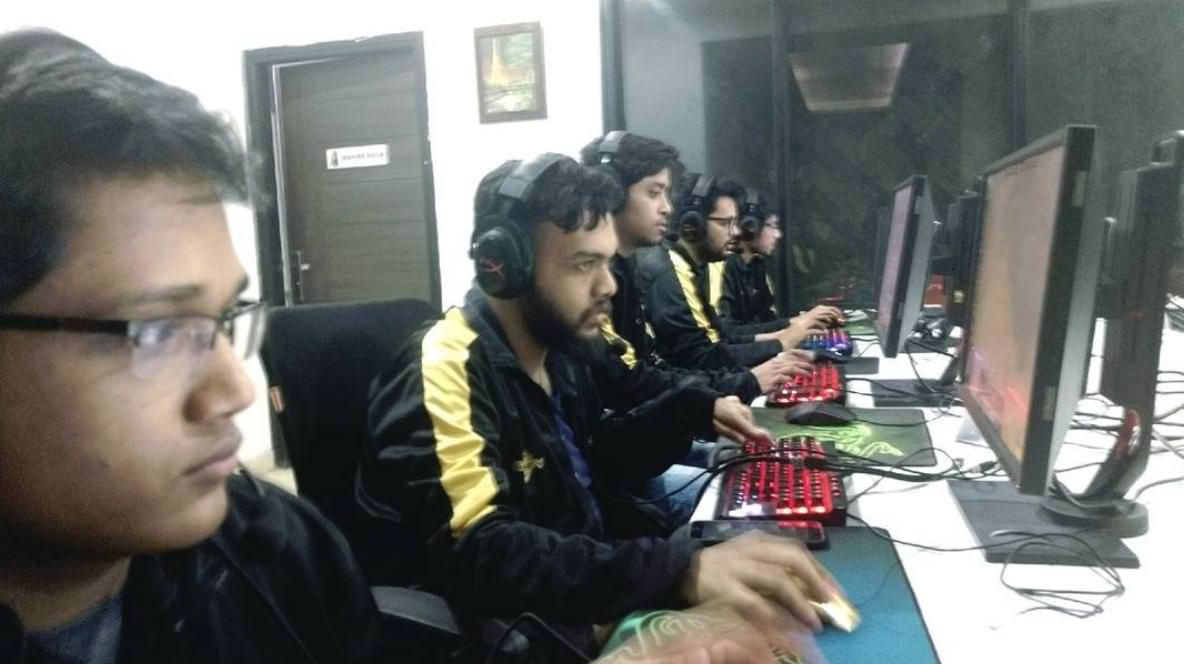 The group stages for Group B began in the evening with a match between Signify and Reckoning.Esports. Even with their relatively decent placement in the Master League leading up to the Winter LAN Finale as well as a Cheesy Meepo pickup, Reckoning Esports never really stood a chance. They just couldn’t handle the aggression put on by Signify’s two cores Raunak ‘Crowley’ Sen and Balaji ‘BlizzarD’ Ramnarayan. Signify's crushing victory set their tempo against Reckoning.Infinity in the winners match.

Reckoning.Infinity beat their brethren to round out the Playoffs.

After their loss against Signify in their first match, Reckoning.Esports played Embrance Gaming, and stomped them in what ended up being the fastest game of the day at under 15 minutes to setup a decider match against Reckoning.Infinity who had defeated Embrance Gaming earlier in the day.

This match saw Reckoning.Esports get completely overwhelmed by the Sheer net worth funneled into the Manikant ‘asd’ Yalla Shadow Fiend. They just couldn’t hold the high ground despite possessing a lot of scary base defense heroes which included a Sand King, Zeus, and a Silencer.

Thus Reckoning.Infinity have made it to the playoffs to be held on the main stage. Although they did not have the best of showings in this tournament, Reckoning.Esports and Embrance Gaming showed promise of performing well at this tournament.

So to Summarize; Team Signify, RoG Titans, Akatsuki, and Reckoning.Infinity will be the four teams taking part in the Single Elimination Bracket Dota 2 playoffs where all series will be BO3s matchups.

The playoffs will start from tomorrow (15th December 2017). Stay tuned for the biggest tournament finale of the year! What was your favorite moment from the Group Stages? Let us know by commenting below.