17th, Oct, 2017
The first ever ESL India Premiership event to be held in Hyderabad came to an end with seasoned veterans, Signify and Entity Gaming taking home INR 3.5 Lakhs each after winning their Grand Final matchups 2-0. The Fall Season Finale featured several grueling and competitive matches in both CS:GO as well as Dota 2. Here’s a short summary of what we got to witness at The Hitex Exhibition Center, Hyderabad.

With Nasr Esports and the old Eternal Esports squad out of the picture, the tournament should have been a cakewalk for Entity Gaming. But it really wasn’t. An incredible run from perceived underdogs, 2ez Gaming shattered all expectations as they took down seasoned veterans Brutality along with Shooting Monkeys, SemperX, and Excellence of Execution on their road to the finals.

When they took on Entity Gaming in the finals, they went toe-to-toe against what most perceive as the strongest team in India. But unfortunately, 2ez Gaming wasted two map points, which was duly punished by Entity Gaming. While 2ez Gaming did end up choking and losing out in the end, the fact remains that this team who was supposed to lose and go home in the very first rounds almost made Entity bleed.

In Map 2, Entity Gaming raced off to a 12-1 lead before making misplays all over the map and letting 2ez Gaming back into the game. Entity Gaming still ended up winning the match after a few brilliant plays from Ishpreet 'HuntR' Singh pushed them past the finish post. 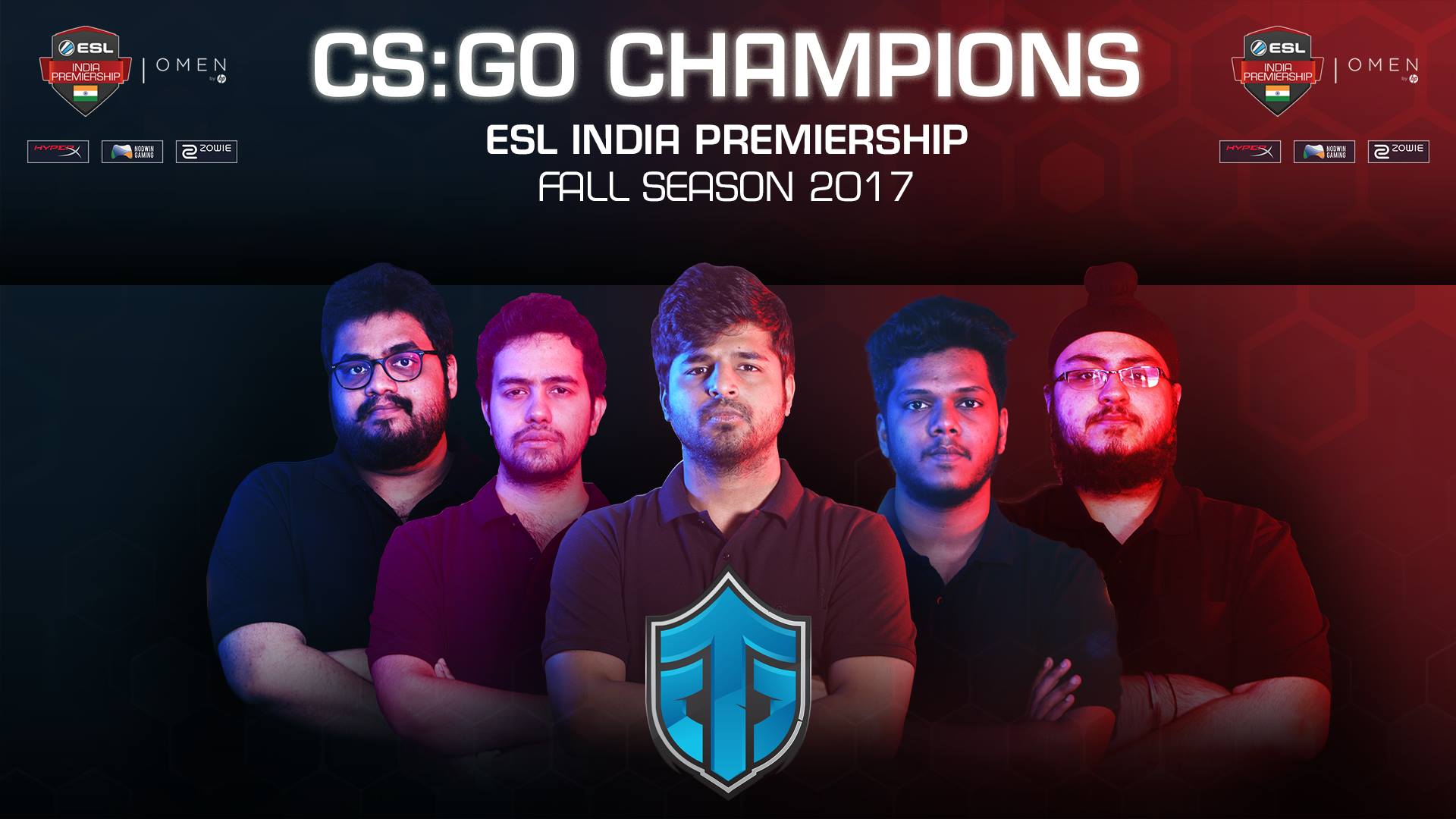 Entity Gaming are now off to participate in the Zowie eXTREMESLAND 2017 where they will face the best CS:GO teams that Asia has to offer.

Aggressive 5 took a game off Signify to send them to the lower brackets with their infamous Pede ‘Padling’ Nagi Venomancer whilst keeping their 100% winrate record with that hero. Signify then proceeded to destroy Akatsuki in a 2-0 stomping to book their tickets to the Grand Finals. 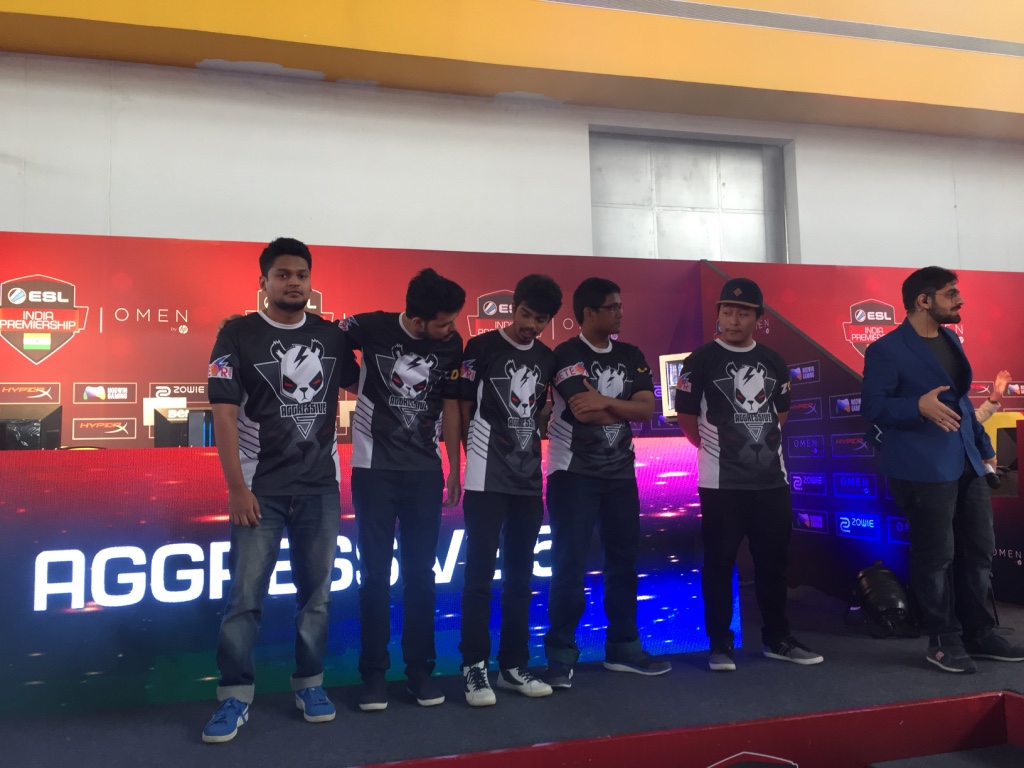 The first game of the highly anticipated Grand Finals didn’t disappoint, as Signify took the fight to Aggressive 5 in an action-packed 35 min clash. While Aggressive 5 came out slightly ahead in the laning stage, they just couldn't handle the all out aggression from Signify in the midgame as they proceeded to gank Negi multiple times with Crowley’s Batrider. In the end, Signify managed to kill all of A5’s cores without buybacks, leading to a GG call from the Aggressive 5 squad. Interestingly enough, Signify chose to run a dual mid lane with Blizzard and No_Chanc3 while sending Crowley to the safelane where he decimated A35's offlane Legion Commander.

Signify showed no signs of letting up in game two, drafting an aggressive line up with an Owa Enchantress and another Crowley Batrider. Their 1-2-1 strategy worked well for them again as they got off to a fantastic start, making early rotations and taking significant amounts of map control. It wasn’t long before Signify had Aggressive 5 staring down the barrel of a gun which lead to Veewake speculating around the 24-minute mark that that Aggressive 5 had no chance of a comeback. But Aggressive 5 didn’t give up, an unbelievable Roshan snatch by Pinkman brought Aggressive 5 right back into the game. However, Signify with all their experience and near perfect teamfight execution managed to outplay their counterparts and took the win. 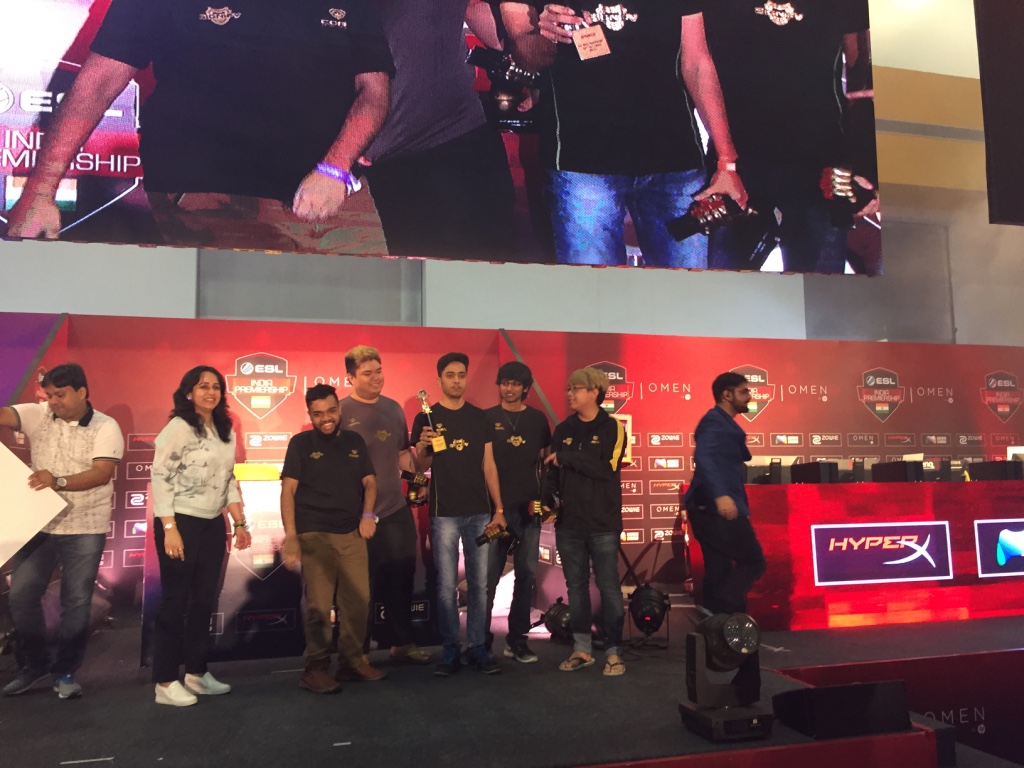 It should be noted that Signify have won every single Indian event they have taken part in. Who can stop them? Their next challenge will be at the ASUS RoG Masters – APAC Qualifiers which will take place in the Philippines. 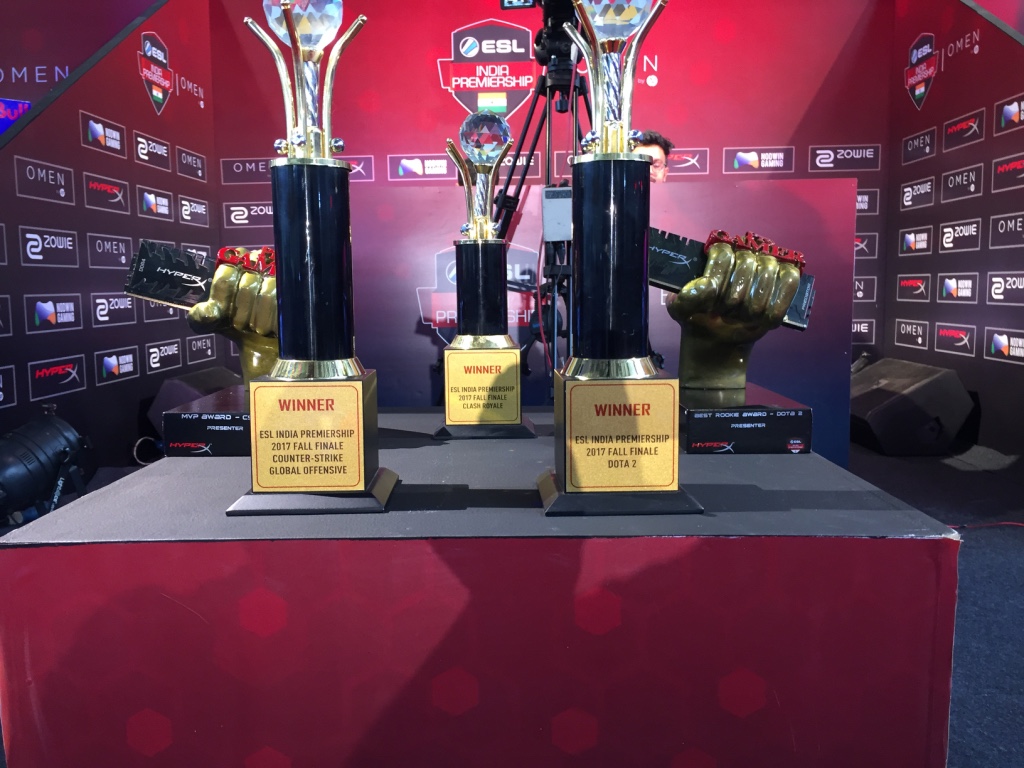 As for the event, a lot of giveaways took place and with Comic Con going on right next door there was always plenty of stuff to do, during the downtime between matches. There were minimal delays and technical snags apart from a few lag spikes throughout the entire event.

All in all, it was a top-notch event with an amazing production value, a sweet set-up for our casters (apart from a random Nyx Assassin crawling up ClouDx IRL), some fierce matches and a lively Hyderabadi crowd cheering for their favorite teams in the ESL India Premiership.
About UsContact UsServicesRSS
DisclaimerAdvertise With UsArchiveEditorial Team