2019 kicks off with a bang as we look ahead to our first DPC event of the calendar year - The Bucharest Minor. Organized by PGL, the 300,000$ event also has 500 DPC points on the line along with a spot at the Chongqing Major, for the winners.

The Bucharest Minor will be an important event for Dota 2 as it sets the pace for 2019 and with a mix of familiar teams and orgs coupled with some new blood, the action is set to be non-stop.


8 teams have qualified for the event via the regional qualifiers and only EU and China were given two spots each at the Minor.

At first glance of the list, the TI8 champions OG are the most visible team as they look to get their campaign off to a good start. Having taken a break from the first 2 events of the season, their form since then hasn’t necessarily been the best with some shaky performances against not even the best teams in a couple of non-DPC tournaments. Ideally, the defending TI champions would have liked a direct start in the Majors itself but they looked well below the level at the stacked EU Qualifiers. Bucharest presents an opportunity to rediscover some of that magic that led them to the Aegis and to kickstart their TI9 campaign with a strong display. It will also be interesting to see who their new carry player is.

Despite a respectable 4th place finish at the KL Major, PPD’s Ninjas in Pyjamas fell short at the EU Qualifiers with shock defeats against Vega and TFT. The team’s performance at Kuala Lumpur, especially given the fact, that they had a standin was impressive and they will like to forget their recent mishaps with a strong performance at Bucharest. They are quite possibly the top-seeded team at this Minor.

Another familiar name at the Bucharest Minor are CIS’s Gambit Esports, a team that impressed many by qualifying for the KL Major, only to fall to a last-place finish. They have changed up the lineup as well, replacing their support players, KingR and Vanskor with Immersion and fng.

Keen Gaming from China is another familiar name in the list, featuring experienced players from the region such as eLeVeN, kaka and old chicken. They are also the only team at the Minor who qualified first from the Open Qualifiers and then the Regionals. The 5th team for the Bucharest Minor will be an old Chinese powerhouse, EHOME who have recruited two former TI winners, Faith_bian and y`. 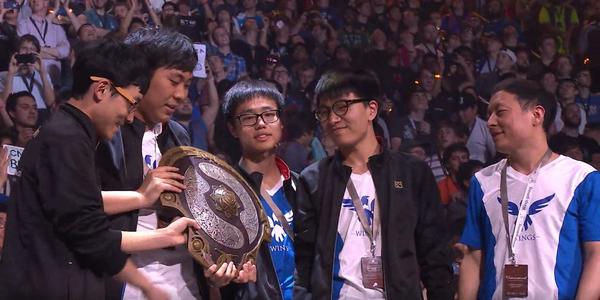 Ixmike88’s Team Team will represent the NA region after overcoming Complexity in the qualifiers and along with Peruvian side, Playmaker Esports will make their first appearance at a DPC event. Another team to make their debut will be SEA’s BOOM ID and the Indonesian team will have the pressure of retaining the second Minor trophy of the season for the region.


Also read : Top 5 players to look out for at the Bucharest Minor