5 famous personalities who have played CS:GO

With the entire gaming fraternity going gaga over Keanu Reeves starring in the upcoming video game Cyberpunk 2077, we decided to take a look at some of the famous personalities that have played or still play Counter-Strike.

The American MMA fighter and actor who is also a former UFC Middleweight Champion is also a CS:GO enthusiast. Whenever off the stage and catching a break the fighter likes to jump into a game of Counter-Strike to relax.

He has dipped his toes into the game a while ago which is evident through this tweet he sent out a few years back.

He even has his own Twitch channel with a humble following of around 2000. No idea if he still plays the game but he was surely fond of it at some point in time.

?The Prime Minister of Denmark decided to step into the shoes of his country's youth to see what all the hype is about.

Recently he paid a visit to the Denmark based esports team, Astralis, where he engaged with the players and even got his hands dirty by playing the game himself.

He was also seen kicking off the BLAST Pro Series Copenhagen 2018 and is working with the Ministry of Culture to establish a systematic framework for esports in the country. 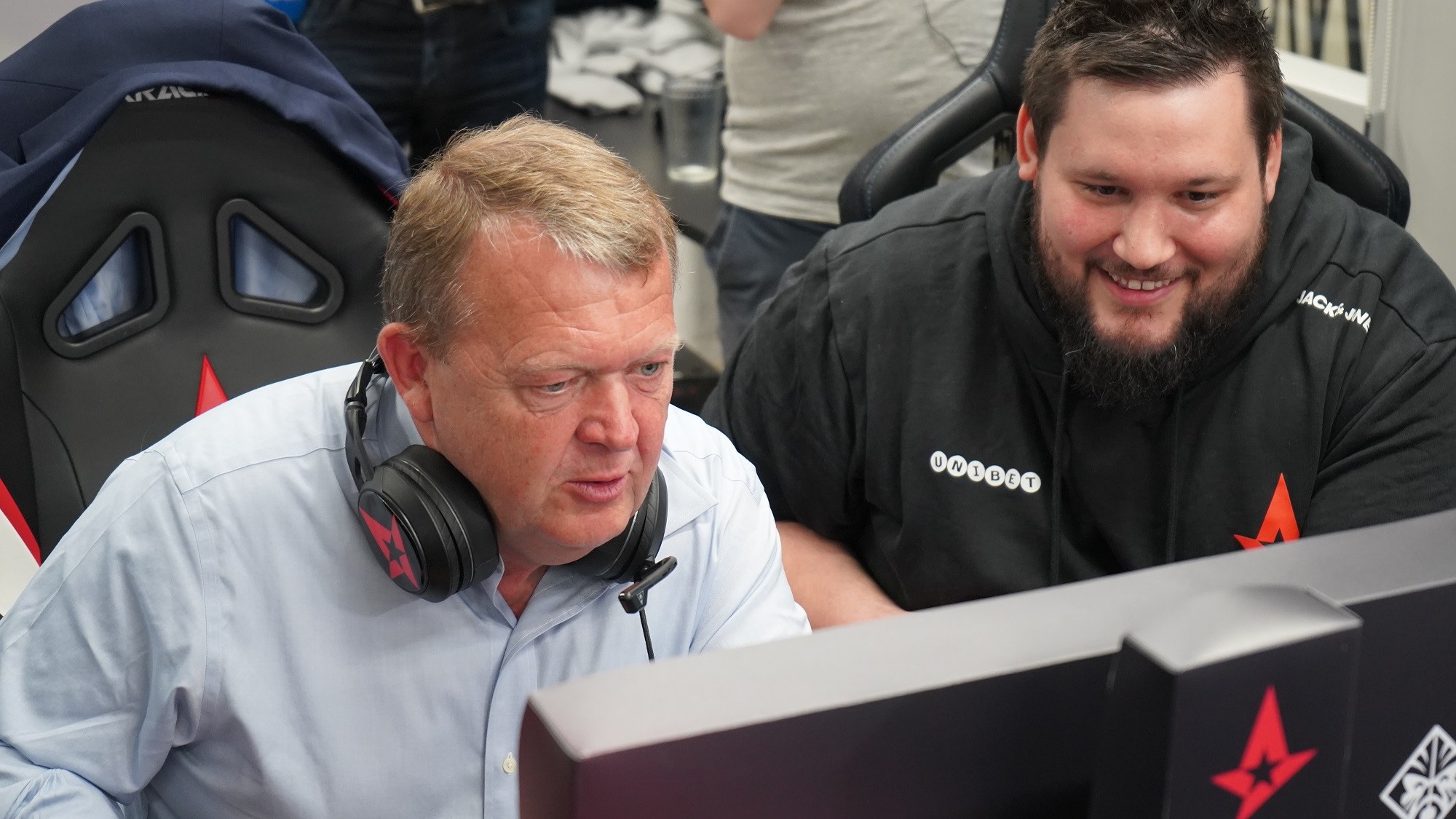 Astralis is surely turning a lot of heads in the right direction both inside and outside the server!

Not the most popular name when it comes to the world of tennis unless you are a proper follower of the sport. The Polish professional tennis player who is currently ranked 850 has seen his highs, as he was number 14 at one point of time in his career.

But along with his love for tennis, he is also passionate about the online shooter game Counter-Strike. He plays the game quite a lot and even streams on Twitch where he has garnered over 53,000 followers.

The man is known for throwing nasty fits both on the court and in CS as well.

Tennis might be his profession but he certainly doesn’t take his leisure lightly either.

The world famous DJ is a big fan of the game and has been playing it since the golden days of 1.6. The Canadian music producer even has his own YouTube and Twitch channels, with pockets of the internet being the evidence of his love for the game.

the lamps were to compliment the FPS freak in me. :D used to pwn hard in 1.6

As the player streams quite a lot of his CS action, there are loads of clips available of him enjoying his frags. A more famous one being the one where he challenges Aaron Carter, an American pop singer, to a game of 1v1 for a chance to win remix rights to his song ‘The Veldt’.

When it comes to Counter-Strike the most notable personality that jumps to everyone's mind is the talented Brazilian forward, Neymar Jr.

One of the world’s best footballers, he transitions his skill well onto the maps of Counter-Strike from the ground on which he usually likes to challenge his opponents.

The Brazilian is quite found of the game and was even seen playing it during the world cup with some of his teammates to relax and relieve some of the pressure. 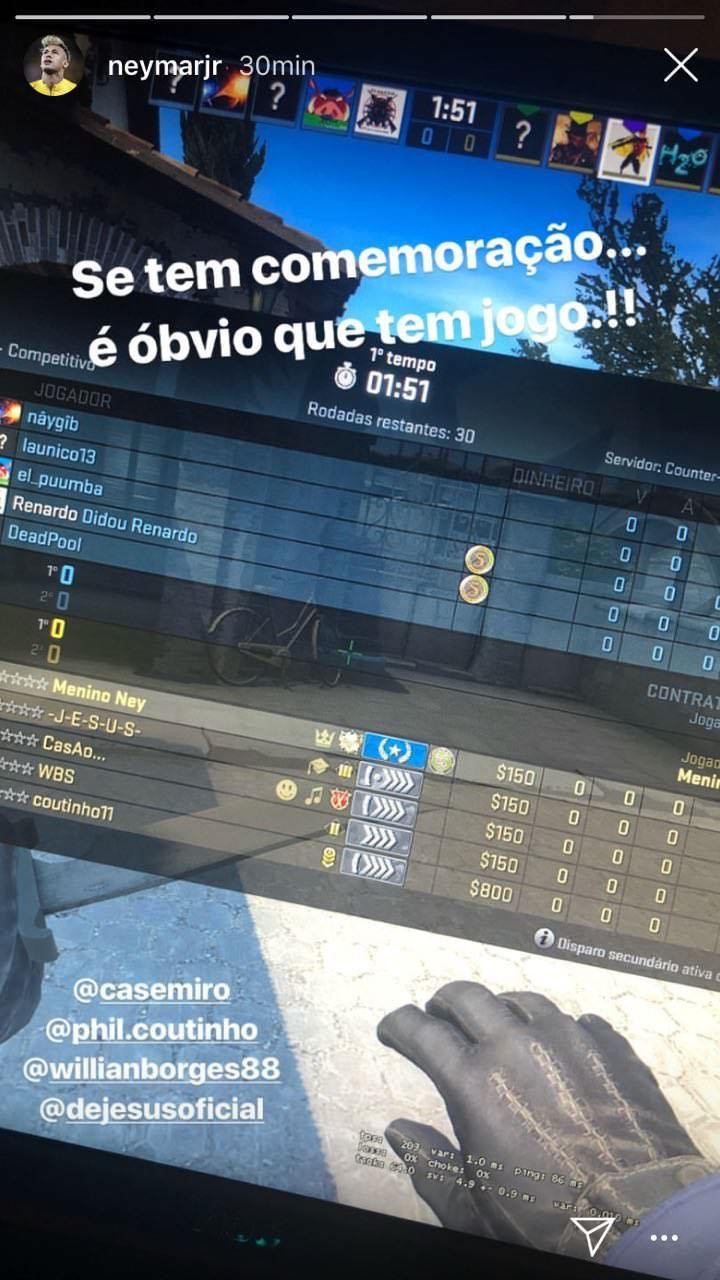 His love for the game is so palpable that he went on to incorporate some of its elements as part of his goal celebrations which includes the ‘Flashbang’ and the ‘AWP’.

He is not really good at the game but plays decently enough and can be seen sniping down the opposition in the clip below.

He is known to be a strong supporter of MIBR (ex-SK Gaming) and has been spotted spending time and playing with the team as well. 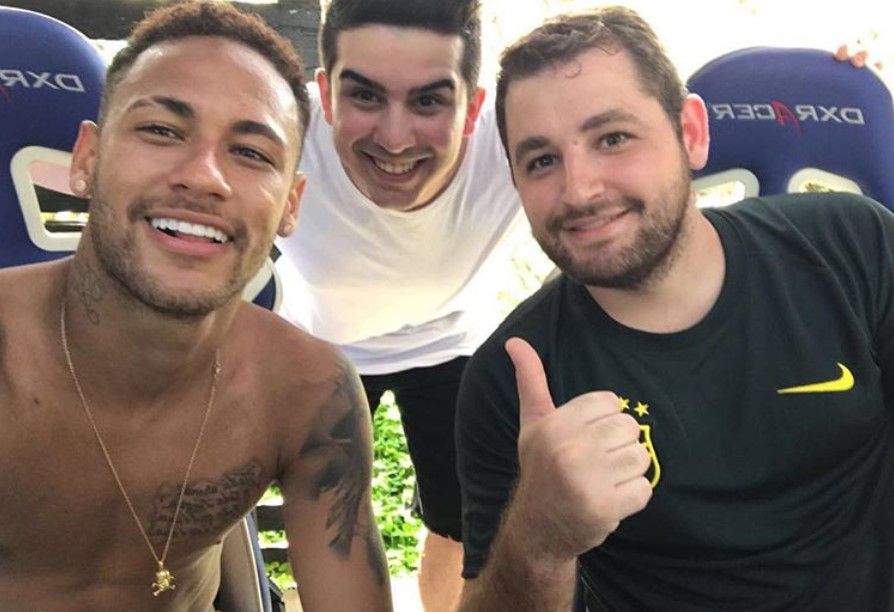 These are just some of the many celebrities that have played Counter-Strike or still play it play regularly. As a famous player once said, “There is a gamer in every one of us. You just need to find the right genre.”