17th, Jan, 2018
It’s been a packed schedule of late and teams have been working hard to get in as many games as possible. The Pro Circuit season hasn’t been too kind in terms of schedules and long grueling qualifiers are starting to take a toll on teams. In the SEA region, we had 3 qualifiers being played out over the course of last week and this week kicks off with the qualifiers for GESC E Series: Jakarta.

The qualifiers involved 4 directly invited teams, Fnatic, Geek Fam, Mineski, and Execration. Unfortunately, TNC couldn’t be part of the list, having had to opt out because they had already committed to the media day for Galaxy Battles season 2. The format was a simple 4 team double elimination.

Series 1: Execration get the better of Mineski

Mineski have been the standout team from the SEA region by far, but yesterdays series goes on to show how quickly another team can gain ground if they are having a bad day. Game 1 was a pretty one-sided affair going Mineski’s way as Mushi got his hands on his famed Terrorblade. But it was actually Nana on the mid Tiny who did a lot of the heavy lifting, going 11-0-13 by the end to wrap up the game. Execration lost the plot after a failed Roshan where Yaj’s Underlord was unable to use his Greaves and Mineski followed it up with a team wipe. The game never really turned around for Execration as their carry VS lacked the damage to actually do anything in team fights. 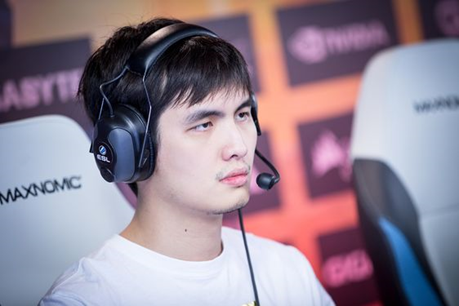 In game 2, it was Nando who was seen rocking the Tiny in the safe lane, while Karl on the DK and Yaj’s Tidehunter rounded up the strength tri core lineup for Execration. Mineski had a sudden dip in form as both iceiceice and Nana looked to be having poor games. With Execration building tanky on all their heroes, Minesky found it hard to take the long drawn team fights and iceiceice on his Monkey started to become a liability, giving away unnecessary gold for no real advantage. Mushi tried his best to carry the team, but the sustain coming out from Execration was just too much for Mineski to handle as they called the game at the 25-minute mark.

Game 3 went the distance but Execration had the late game secured with a 4 core lineup this time around. While they didn’t have the best of laning phases, Execration split the farm around very evenly allowing them to take even team fights in the mid-game. Eventually, though, their 4 position Naga Siren picked up the Radiance and Mineski had no real way to get back map control. They held on for a long time as Execration took a series of bad team fights, but the gold lead never really swung their way because of the Naga. Once both the Void and the QoP had Linkens, iceiceice’s game on the Batrider became infinitely harder as Execration patiently closed it out.

Series 2: Fnatic still not in the best of shapes

Fnatic still hasn’t been showing the kind of form you’d have expected them to, and with their highly talked about roster shuffle, one would expect that the results would be immediate but it just doesn’t look to be. They were made to look like amateurs Vs Geek Fam, a team no one rates as highly as Fnatic.

In game 1, Fnatic failed to convert a successful laning phase into a victory as Geek Fam’s Medusa eventually farmed up and carried his team to victory. EE’s Luna was unable to deal too much damage, having been brought down early in each fight. The final nail in Fnatic’s coffin came at the 29-minute mark, as they got caught out in the Rosh Pit, and even though they got the Aegis, GF were able to get all 5 enemy heroes. Once GF knew they were convincingly ahead, they waited out the next Roshan and finished the game from there. 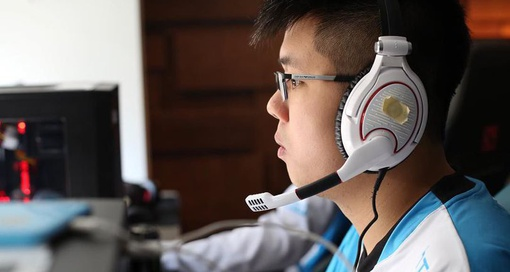 Source: Cybersport.com
Despite being a game down, Fnatic picked up an offlane Chen for Universe in game 2 and paid the price for it as well, as he would have little to no impact on the hero. Geek Fam were ready to play the more 5 man group up style of Dota with, Gyrocopter, Razor and Dark Seer and EE’s Anti Mage was simple not farmed enough to be able to split push and keep his team in the game. Despite not dying too often, Fnatic weren’t able to farm as effectively as GF, and didn’t have the hero composition to defend their high ground when the call came.
Both Fnatic and Mineski will fight it out from the lower bracket which makes for a very juicy encounter. Execration and Geek Fam will be playing in the winner bracket finals later today. Catch all the action on:
Watch live video from AFKGamingEsports on www.twitch.tv
About UsContact UsServicesRSS
DisclaimerAdvertise With UsArchiveEditorial Team